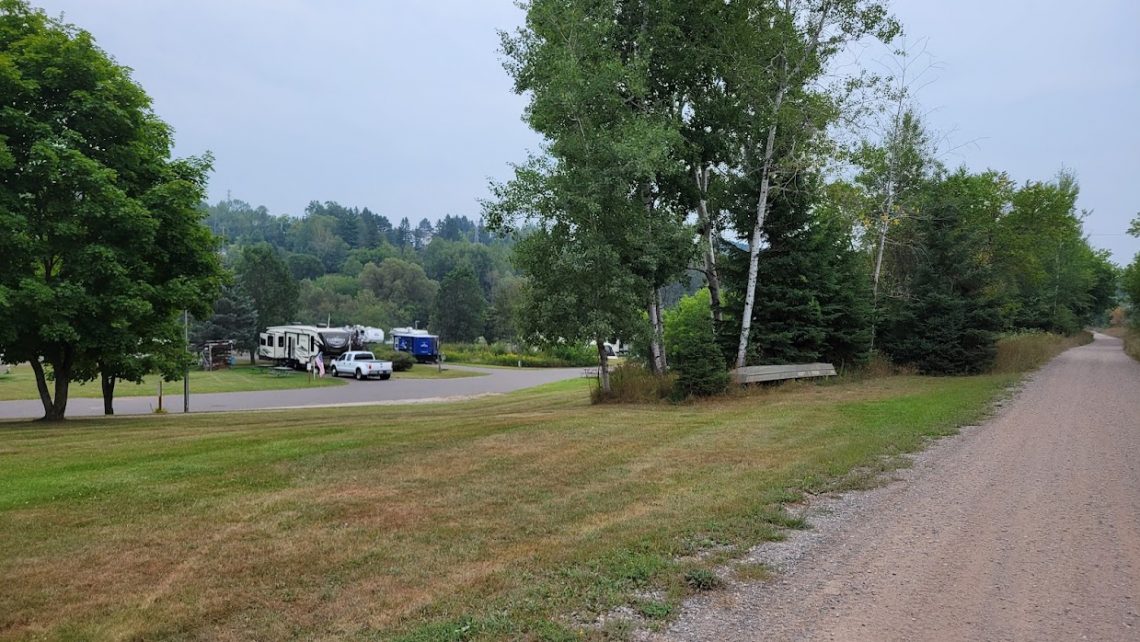 We took the day off from traveling and relaxed in Iron River, Michigan today. Lyle ran a couple errands while I worked for awhile this morning. Then we went for a short drive in the country to find the one Little Free Library listed in this area.

What we’ve seen of Michigan’s Upper Peninsula is beautiful. These North Woods are definitely different than what we’re used to in the Northwest. We try to imagine what it must look like in winter.

We stopped at The Pasty Corner for lunch. Apparently a pasty is a popular fast food item around here. We had never had one before so we thought we ought to at least try it.

According to our guidebook “pasty” rhymes with “nasty” not “tasty,” which is unfortunate. We didn’t think it was nasty, but it wasn’t the tastiest thing we’ve ever had either. It’s “minced meat” (it appears to be beef that was ground after being cooked rather than before) and cubed potatoes seasoned with salt and pepper, wrapped in a pastry. No sauce like you would expect in a pot pie, nor cheese like you would find in a Hot Pocket or something like that. They had other flavors but we went with the traditional one, just so we could say we’d tried it. Apparently, they originated with Cornish miners who immigrated to the area. That might explain the somewhat bland flavor, as I’ve heard British food is typically pretty plain.

Later we went for a walk on the bike trail that runs along the edge of the RV park. I especially enjoyed the late summer wildflowers.

One section was a boardwalk with each board painted a different color. We wondered why.

Tomorrow we’ll be on the road again. And we never know what adventures we might encounter!