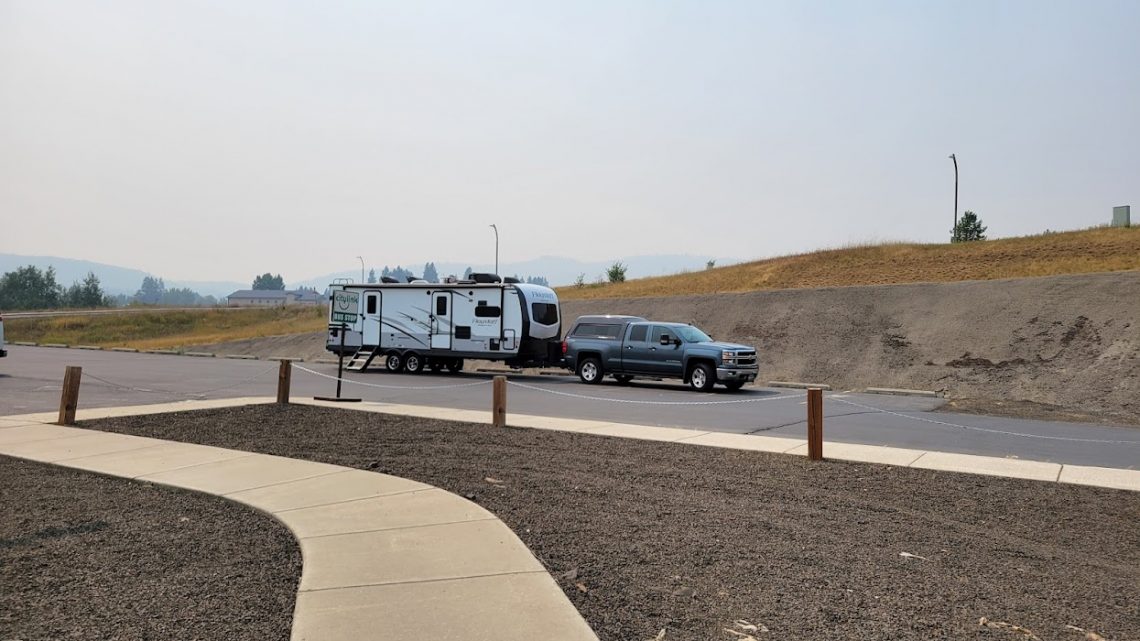 After months of planning and anticipation we have finally embarked on our 3-week Big Adventure as we meander our way from Idaho to Arkansas with our travel-trailer. I am hoping to blog day by day, but I’m pretty sure there will be times when we won’t have internet access. During those times I’ll just have to catch up when we get back online.

Lyle and I will also both be posting to Instagram as we go along: @racerdude3 and @karlaezellcook.

We left Post Falls shortly after noon. We took Highway 95 south out of Coeur d’Alene. Smoke from all the wildfires in the area kinda spoil the scenery, to say the least.

We stopped at the Trail of the Coeur d’Alenes trailhead in Plummer for a quick picnic lunch.

I decided to try to tally the American flags we see along the way. I counted 3 on this segment… but I think I may have missed some. I’ll try to be more attentive as we go along.

I also made a list of Little Free Libraries along our route. I know we won’t be able to hit them all, depending on time and accessibility with the trailer, but I was able to visit this one on Lapwai not too long before we got to…

Winchester State Park where we camped for the weekend.

Because of all the wildfires there’s a fire ban on which doesn’t allow campfires, so Lyle cooked our hamburgers on his outdoor griddle, and later made popcorn on his camp stove.

The State Park showed a documentary film about Idaho’s Scenic Byways at the amphitheater at 8:30. We made root beer floats and took those, along with our popcorn, to enjoy while we watched the movie.

I was a lovely, low-key way to start our Big Adventure.