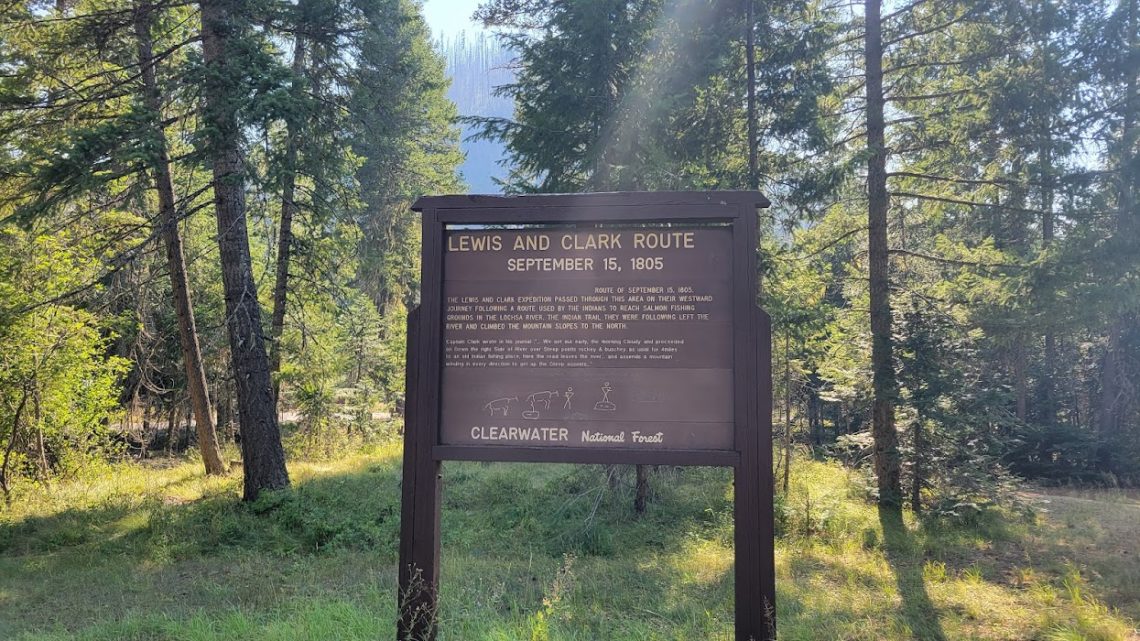 Tuesday was a quiet day at the campground. It was significantly cooler and overcast. We and our friends mostly sat around the table playing games, coloring, and drinking copious amounts of coffee and hot tea.

We walked around the campground loops a couple of times. It was only maybe a third full since it was the middle of the week.

We also hiked down to the river. Playing in the water didn’t appeal to me much that day since it was so cool.

Instead, I chose to sit on the bank and explore with binoculars.

Lyle, on the other hand, got up-close-and-personal with…

Others in our party enjoyed more typical river activities such as hopping from rock to rock, trying to catch minnows (which squirmed right out of her hand, she later reported), and poking around with a stick.

Back at the campsite we enjoyed trying out a few new-to-us games (including Battle Sheep, which I will be reviewing soon).

It started raining mid-afternoon, just about the time Joe’s parents arrived to spend several hours with us. The kids played in the trailer, which the adults sat under the awning watching the rain, visiting, and trying to stay warm. Janelle fixed a delicious skillet/griddle supper… and later Lyle made popcorn on the camp stove.