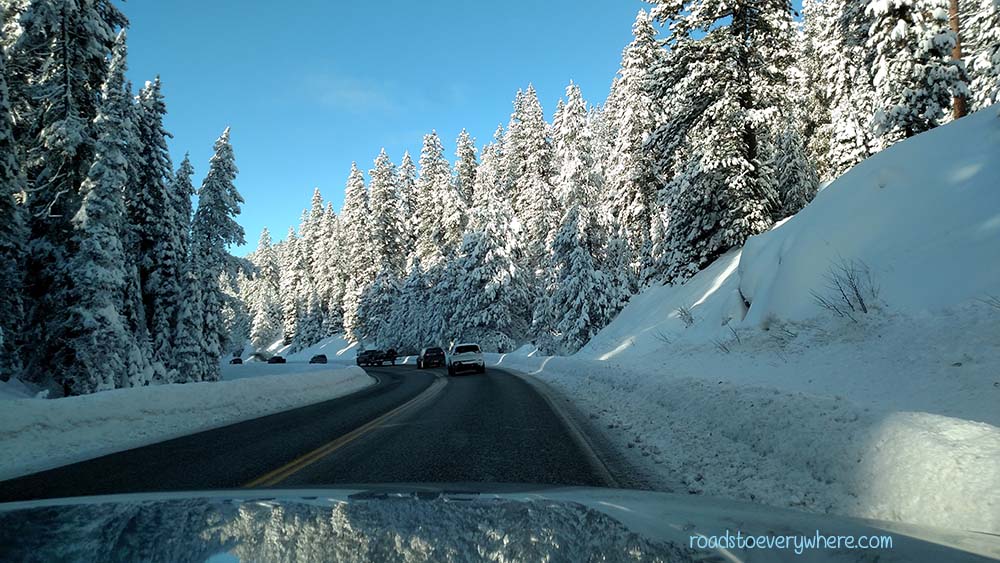 Living half-way across the country from my parents makes it hard to get together for holidays. This year we decided it might work. The week between Christmas and New Year’s was a convenient time to close the print shop and it gave us two holidays, one on each end of the trip. We had hoped to leave on Christmas Eve, but Laura wasn’t able to get that week off so we stayed home for Christmas weekend to celebrate with her.

The fastest route from here to my parents’ home is across Montana and South Dakota and turning south at Sioux Falls, down through Omaha and Kansas City to northwest Arkansas. That route usually takes about 30 hours of driving time. On Saturday Lyle checked the weather forecast and we decided not to go that way this time. They were predicting blizzard conditions across South Dakota during the time we would be driving. Lyle came up with an alternative southern route with the hopes of better driving conditions.

We were on the road by 4:30 a.m. PST on Monday. We drove for awhile in the dark and enjoyed watching the sunrise as we made our way down through Idaho on Highway 95. (There is no north/south Interstate in Idaho.) There was a good bit of snow on the ground but the roads were mostly clear.

The heavy snow in the trees along the way was breathtaking. 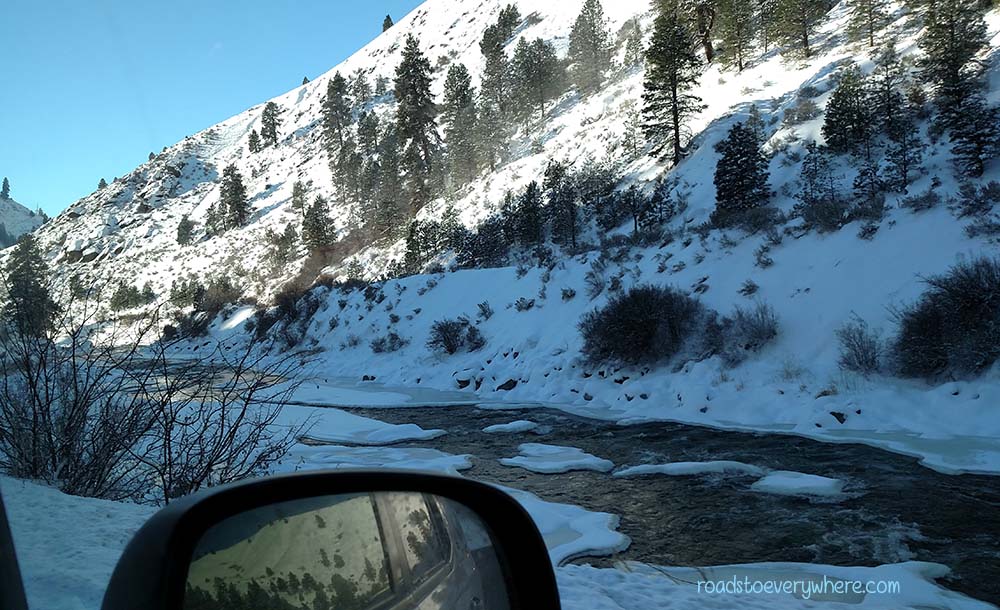 We even saw a couple of river otters playing on the ice, but we had passed them before I had a chance to take a picture.

About an hour-and-a-half out of Boise I realized we would be through there about lunch time. Both of my brothers live in that area so I texted them to see if it would be convenient for them to meet us for lunch on the spur of the moment. Allen and his family were available so we met them at Chick-fil-A for a quick visit. That was the highlight of Monday.

After approximately 14 hours of traveling we spent that night in Provo, Utah.

On Tuesday we were on the road again well before daylight. As we wended our way down through Utah we saw the temperature drop to -21. That right there is COLD. 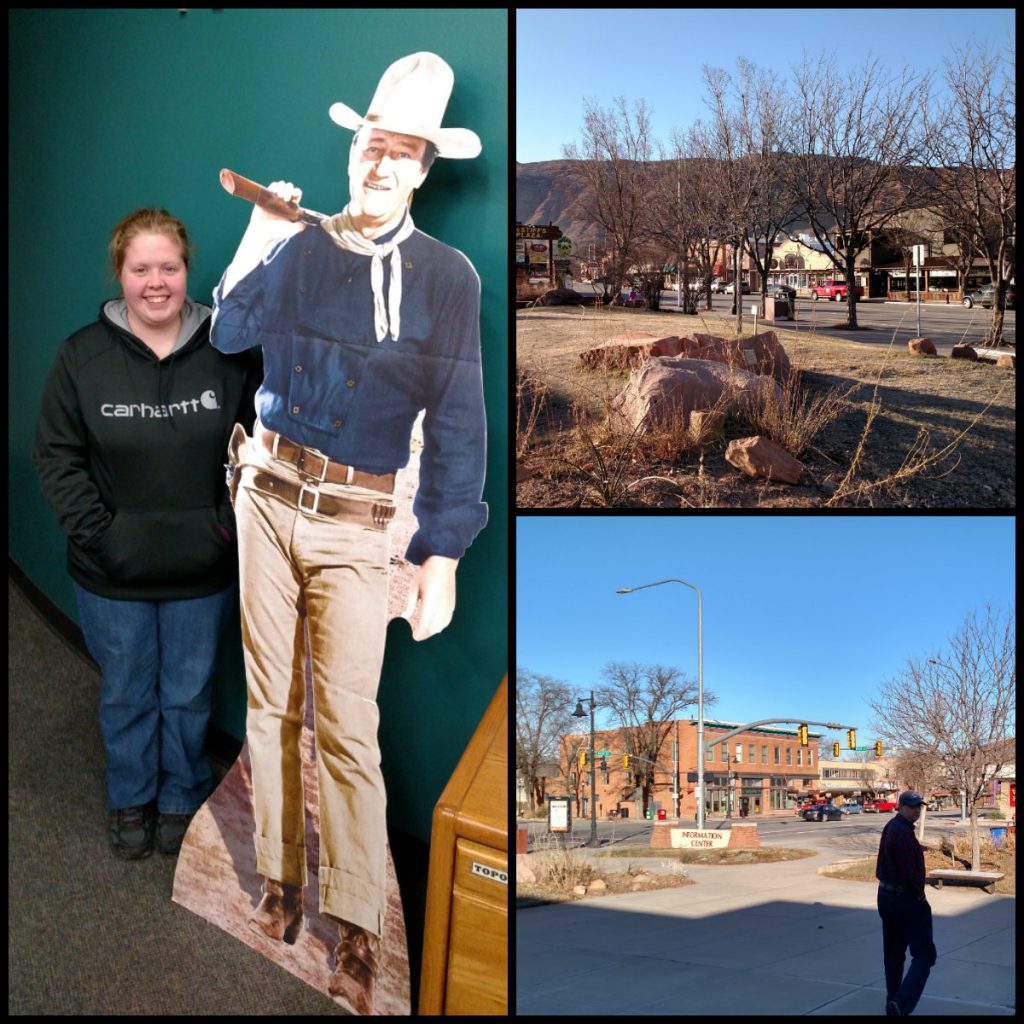 Rebecca enjoyed posing with a John Wayne cut-out at the visitor’s center in Moab, Utah where we had stopped for a quick break. I would have liked to explore the town a little more but we had many miles to cover that day so we didn’t.

We wondered what the attraction was at Hole N the Rock but we didn’t take time to stop and find out about that either.

We remembered how good the coffee was at Durango Joe’s from our anniversary trip last year so we made a quick stop in Durango, Colorado for an afternoon coffee.

The scenery that day was much more “southwest desert” which is interesting to me because it’s so different from where we live. Drive time that day was about 15 hours. We spent the night in Amarillo, Texas.

From there we turned east, leaving on Wednesday morning in the dark once more. It was just about sunrise as we approached the giant “Cross of Our Lord Jesus Christ” along I-40 in the Texas panhandle. I remembered it was there and was watching for it. That’s another “roadside attraction” we’ve never stopped to visit. Mostly I just like taking pictures of “interesting” things like that from the road.

After driving across Oklahoma, we arrived at my parents’ house about 1:45 p.m. CST that day. That route had taken us about 36 hours of driving time rather than 30, but we had good roads all the way, so for this trip it was worth the extra time.