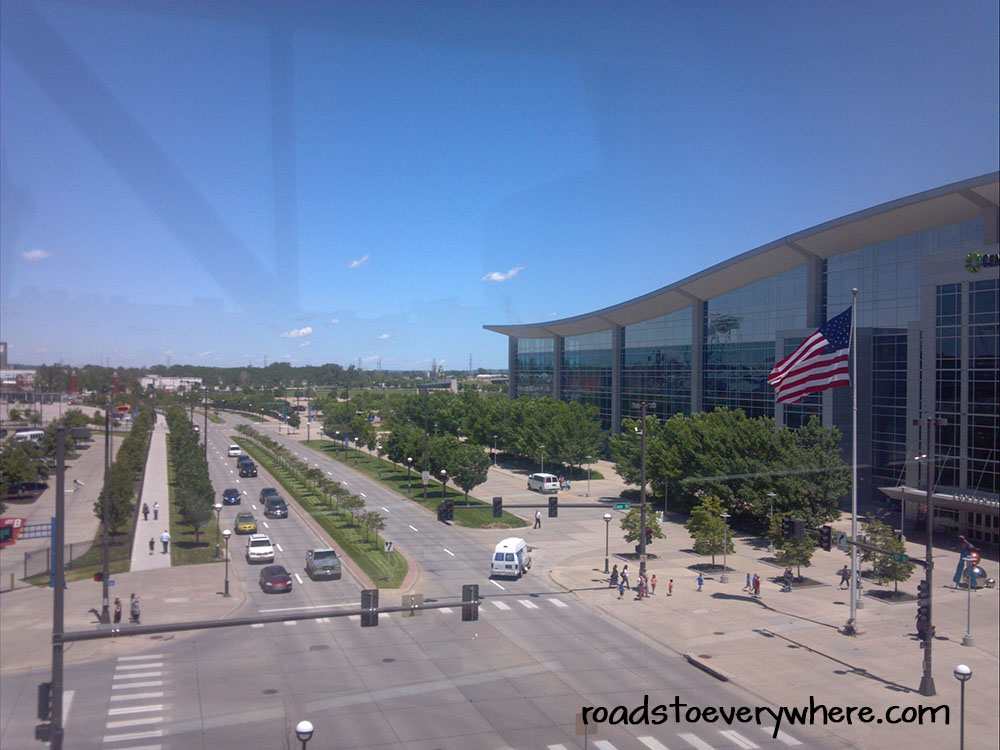 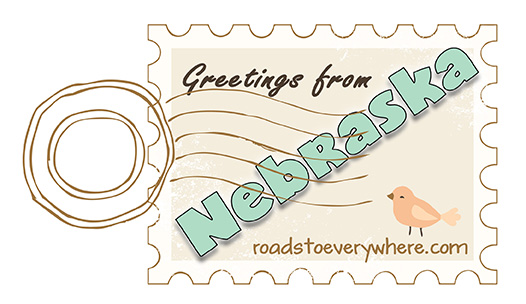 Day 17 of our virtual road trip takes us north from Kansas to Nebraska. I haven’t spent a lot of time in Nebraska, though I’ve been through it several times. 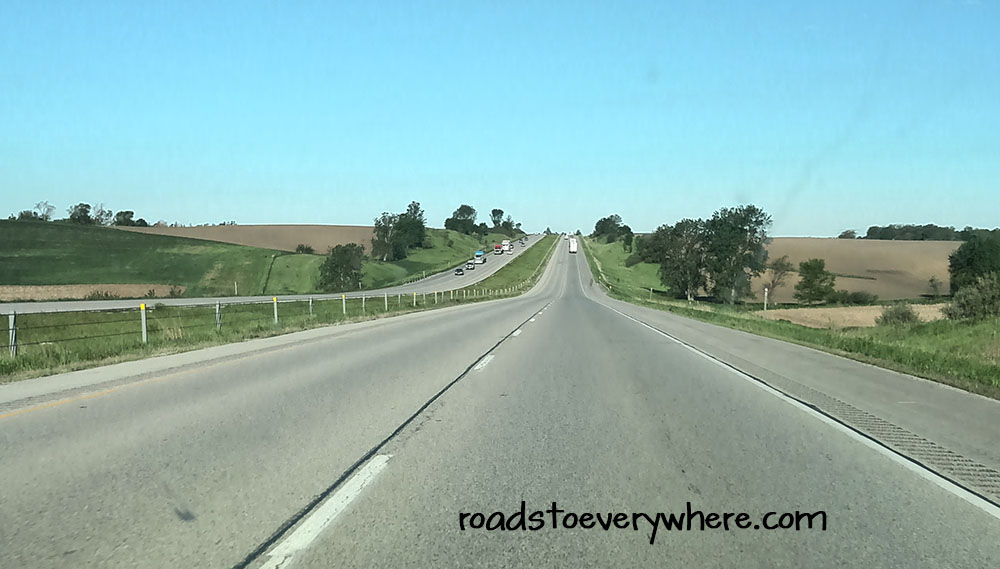 This picture was taken on one of our road trips, in either Iowa or Nebraska, I’m not sure which. And that’s kinda how Nebraska is– the scenery just sort of blends into the scenery of surrounding states. At least in my experience. I’m sure there are probably unique features in Nebraska, but I just haven’t spent enough time there to know what they are.

My most memorable experience in Nebraska was the time I went by myself to a homeschool convention in Omaha in 2013. Rather than renting a car, I took the hotel shuttle from the airport to the hotel across the street from the convention center.

It was an interesting experience because I wasn’t just attending this convention, I was there as a rep for Sonlight Curriculum. I had had all my booth supplies shipped to the hotel–20 or more heavy boxes–so I had to figure out a way to get everything across the street without a vehicle. Fortunately, a bellboy was willing to help me with that monumental task, so it all worked out fine–but it was a little hairy at the time. 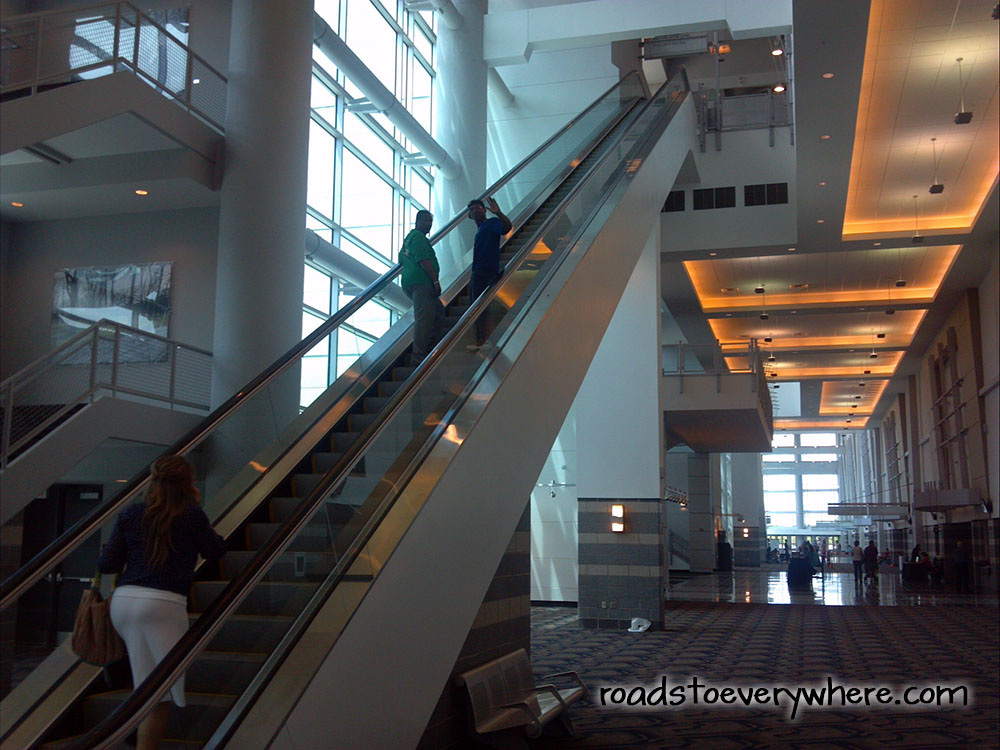 The convention center is quite impressive, with extremely long escalators. I took this picture to show my family. I don’t know why the dude half-way up is waving at me. I don’t know him. But maybe he was waving to his buddy who might have been behind me. Or maybe he just likes waving at random people taking pictures.

Here’s another quirky experience I had that weekend:

Have you been to Nebraska? If so, please share a memory in the comments! That will make this series even more fun!