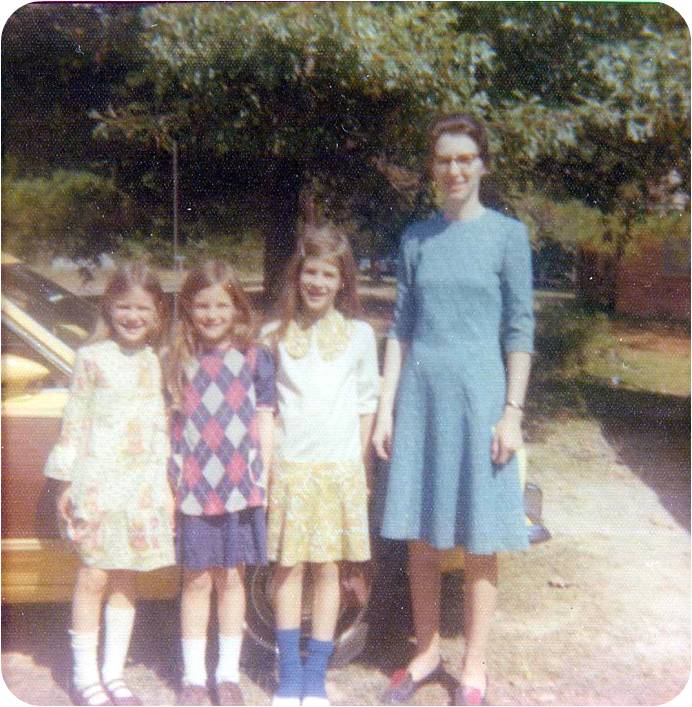 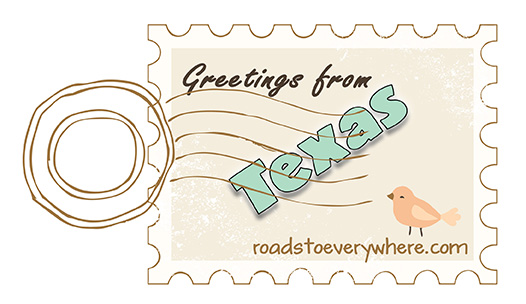 The second day of our virtual road trip takes us west from Louisiana to Texas.

The summer I was 8 Dad accepted a call to pastor a church in Lufkin, Texas. How exciting to be moving again. We lived in Arkansas at the time. We had never been to Texas before. It sounded so exotic. It would be really hot there, though. We might even have to have an air-conditioner. That was just unheard of for us.

Our house in Lufkin seemed like a great big house. Of all the houses we lived in while I was growing up, I think that one was my favorite. The living room had a fireplace and two sets of French doors, one leading to the dining room and one to a study. 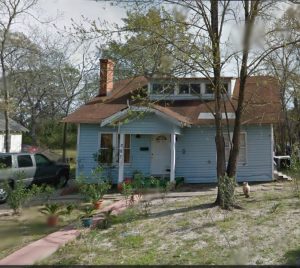 Here’s what the house looks like now, according to Google Maps. Doesn’t look as big as I remember it.

There was a whole separate apartment upstairs, complete with a kitchen, bathroom, and two bedrooms. After we had been there awhile, my sisters and I got up our courage to sleep up there. One of the twins took the kitchen for her bedroom and the other twin and I each took one of the bedrooms, so we all had our own rooms. I’m pretty sure the twins still slept together in the one room, though, just because they wanted to.

We had a long back yard at that house. In the back was a low place where water stood much of the time. Tadpoles grew in that stagnant water and some parts of the year we would catch tiny little frogs not much bigger than grasshoppers. 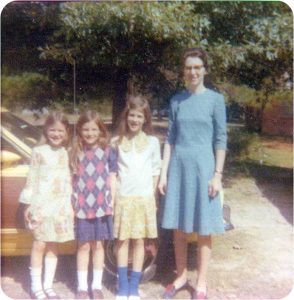 I was in third and fourth grade the two years we lived in Lufkin. My third grade teacher read to us from the Little House on the Prairie books each day after lunch, while we put our heads down on our desks. I had read them all before, but I enjoyed hearing them again. My fourth grade teacher had a whole shelf of extra reading books in the classroom that we were encouraged to read for fun when we finished our other work. That was enough of an incentive for me. I read through the entire collection well before the end of the year. I was hoping she would get some more books at that time, but no, she gave me some boring Language Arts exercise book I had to do instead.

That was also the year I discovered mystery stories. Before that I had read Beverly Cleary, Laura Ingalls Wilder, Childhood of Famous American biographies, and the Wizard of Oz books from the public library. I’m not sure what I thought a mystery was, but for whatever reason I had never been interested in exploring that genre. One of my classmates told me about the Encyclopedia Brown books, so I tried one. I was hooked immediately… and from there, it didn’t take long to discover Nancy Drew, The Hardy Boys, Trixie Belden, and The Three Investigators. 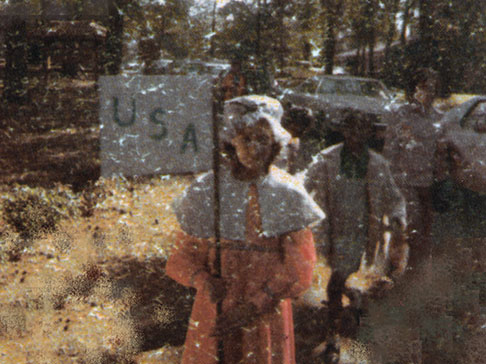 America’s Bicentennial was in 1976, but Lufkin had a Youth Parade in celebration of the Bicentennial in the fall of 1975. All the public schools in Lufkin participated. Each class marched together. We were encouraged to wear costumes relating to American history if we wanted to, but not very many kids in my class did. I had a long red dress that I loved and wore for special occasions. Mother made me a colonial style bonnet and I borrowed a little white cape from one of the twins’ outfits and declared I was Betsy Ross. Because I was in costume I got to walk on the end of my row and carry a sign that said USA. 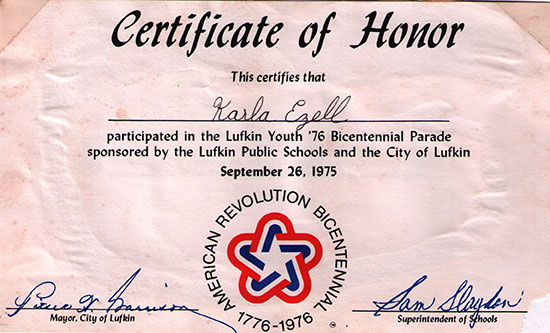 I don’t know how long the parade route was but it sure seemed like we walked a long way. When we got back to the school that day we had a special treat. The cafeteria ladies had fixed sack lunches for us in red and white striped paper sacks and we got to take them outside to eat.

Have you been to Texas? If so, please share a memory in the comments! That will make this series even more fun!

{Linking up with Literacy Musing Monday.}