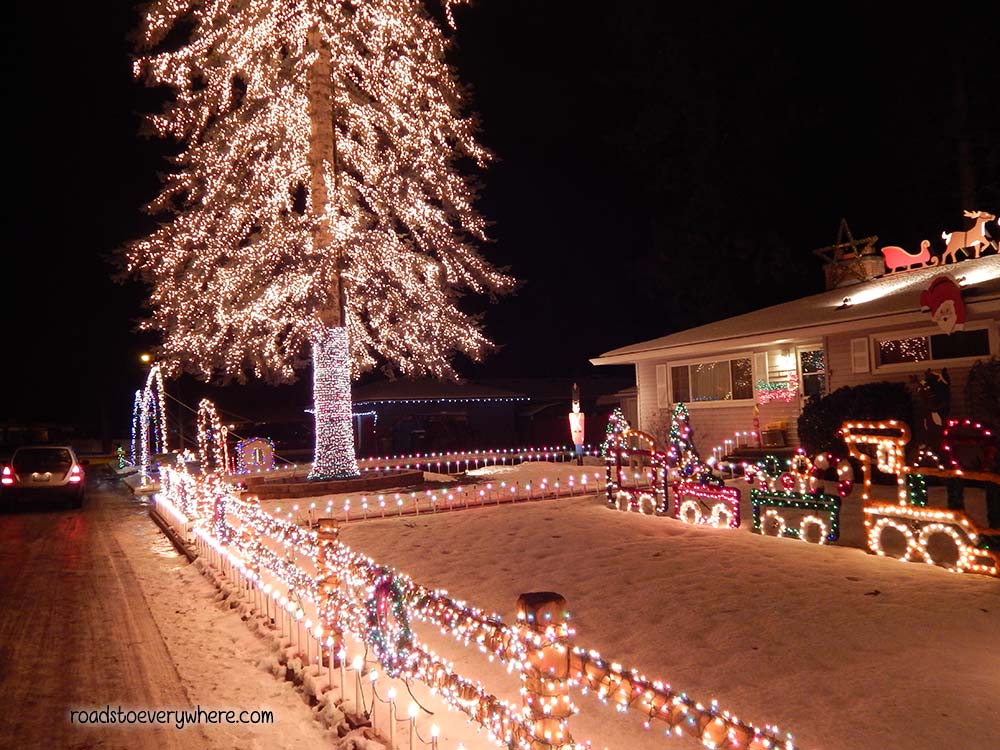 Our Christmas traditions evolve from year to year. I try to keep an open heart when it comes to traditions, because circumstances can change and cherished traditions can go by the wayside.

That being said, there are a few things my family likes to do every year when possible. One of those is to drive around and look at Christmas lights. That’s a pretty easy tradition to keep because it can be done any evening during the month of December and it can be as long or as short as we want. 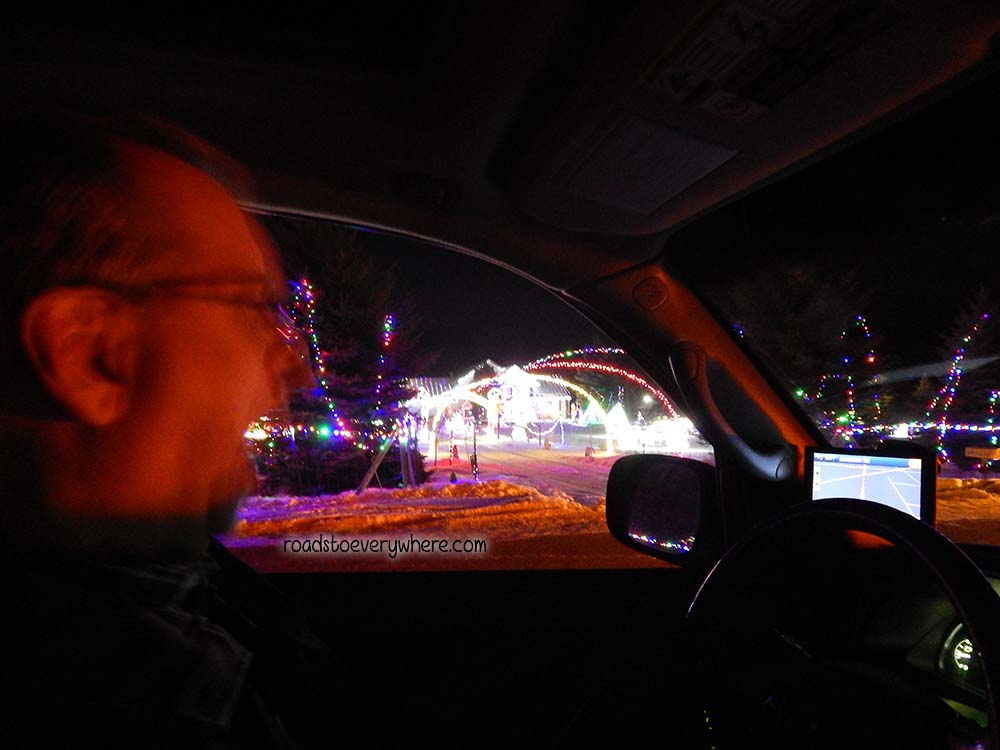 Lyle likes to visit a website that lists all the exceptional light displays in our area, and from that map out our route for the evening. Last night’s route took us east to Hayden, then south to Coeur d’Alene, west to Spokane Valley, and then looping back around east through Otis Orchards to home. We were out about 3 hours. 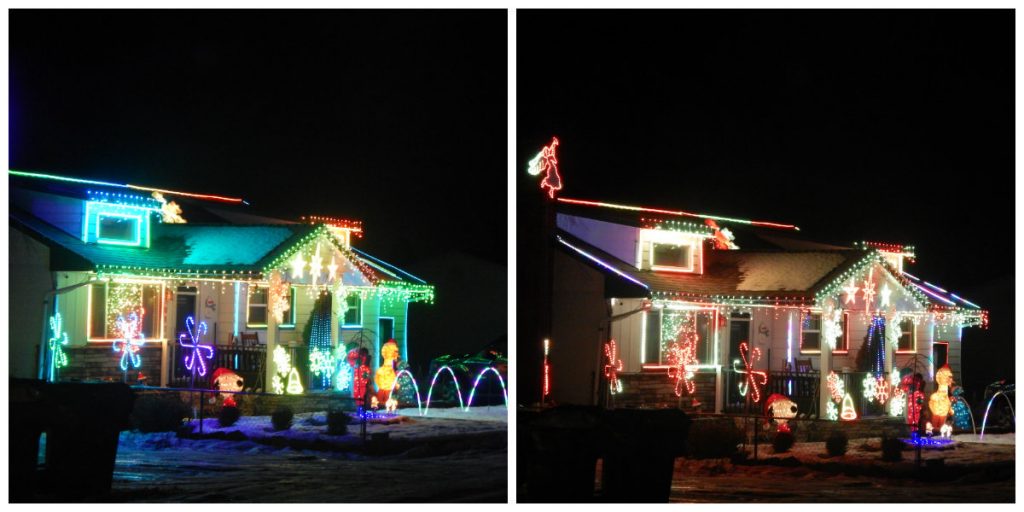 A few of the houses we had visited in previous years, but we saw several we hadn’t seen before. The one above doesn’t look all that elaborate from the photos but the cool thing was that ALL their lights were color-changing LED bulbs and they were programmed in sync. Sometimes they would all be green, changing to a rainbow of neon colors, and then alternating red and green in waves. It was mesmerizing to watch. 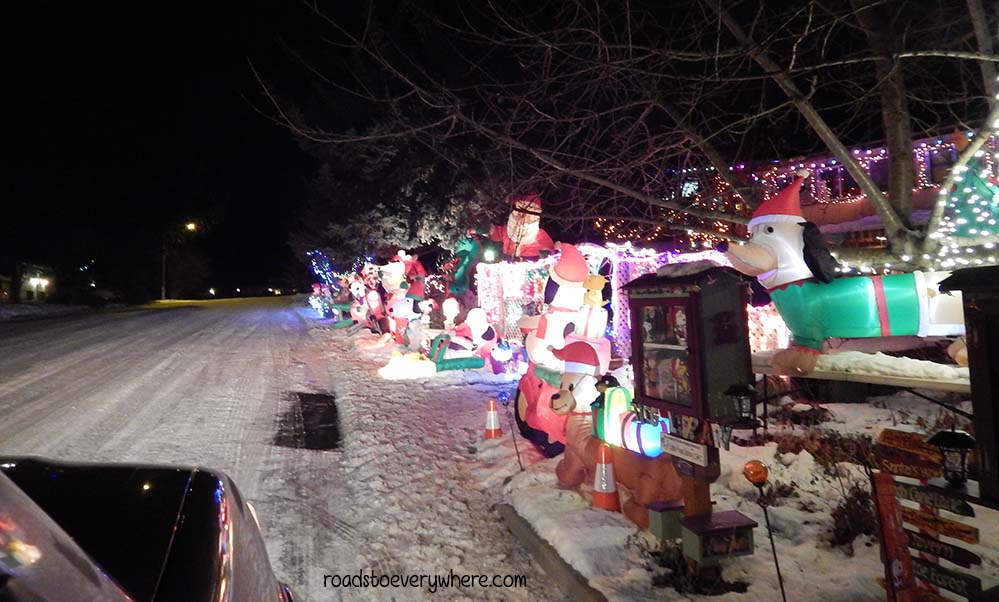 One house had a dog theme, with dozens of inflatable dogs. As we approached it one of the kids said, “Mom, isn’t that one of those Little Libraries?” 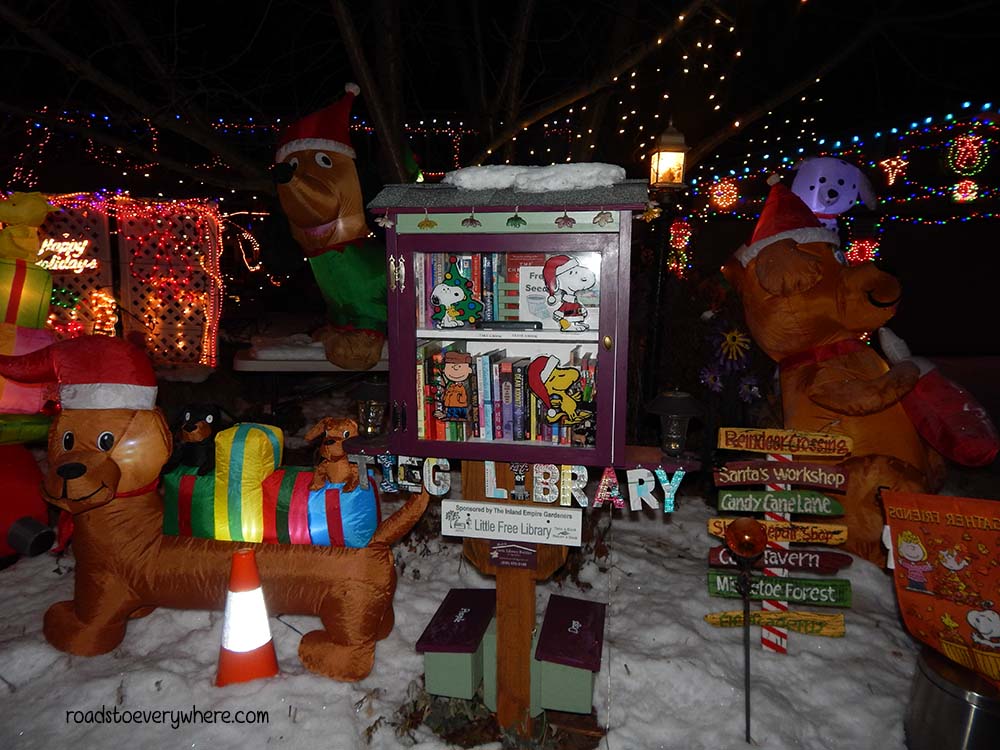 Sure enough it was! I had to get out and investigate. It appears to be sponsored by a garden club and includes free seeds. I didn’t notice the little boxes on the bottom for People and Dogs until I got home and was looking at my pictures. I wonder what’s in them? I might have to go back sometime and check it out… and pick up some seeds. Isn’t that fun? 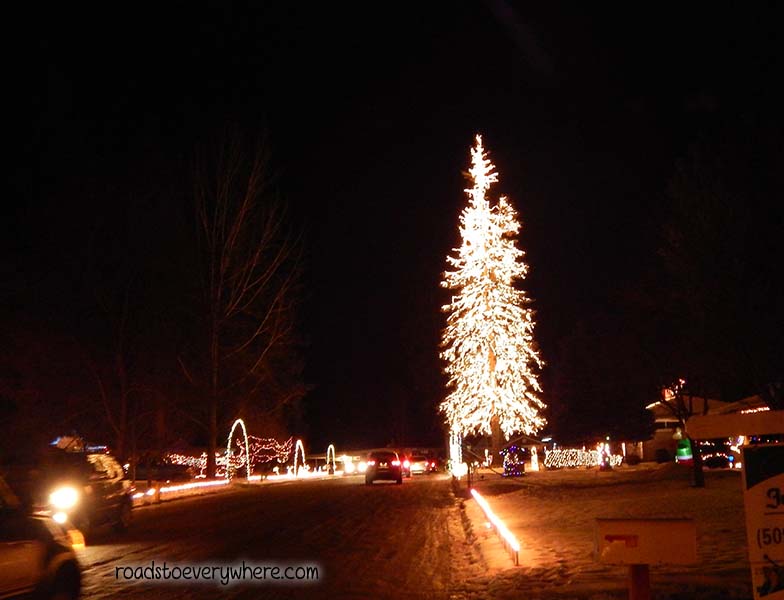 My favorite lighted object of the evening was this very tall tree. From a distance it appeared that there were lights on every branch. Laura thought maybe even “every needle!”

As we got closer we could see that it wasn’t actually every branch, but still. They were also programmed and rippled up and down the tree. 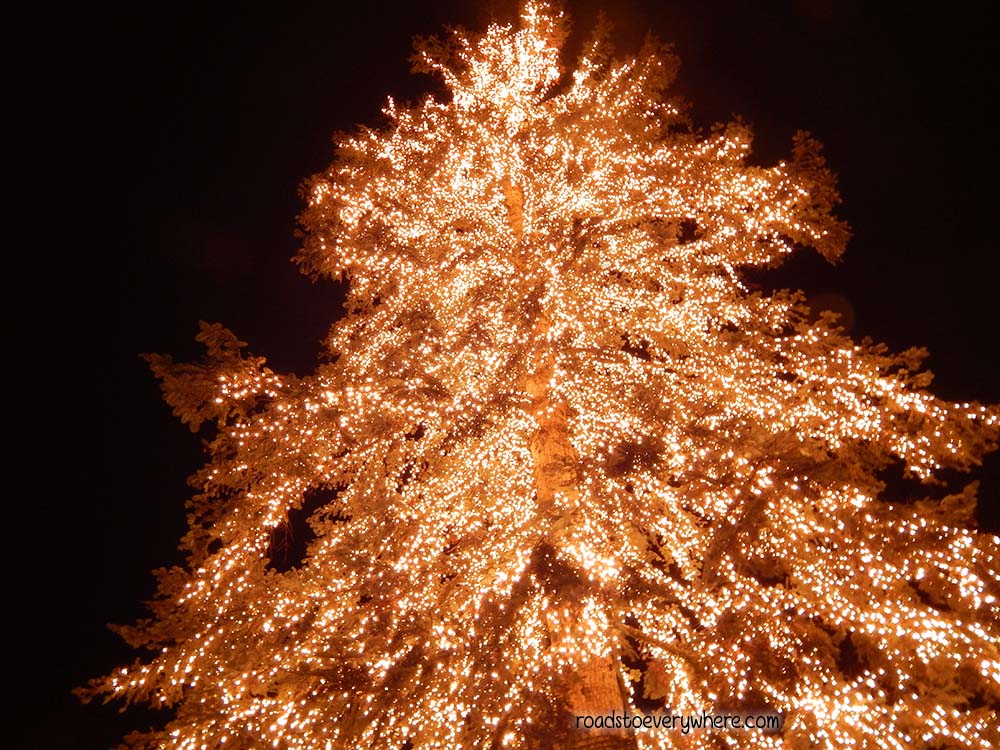 Can you imagine the work involved in stringing those lights? Amazing. 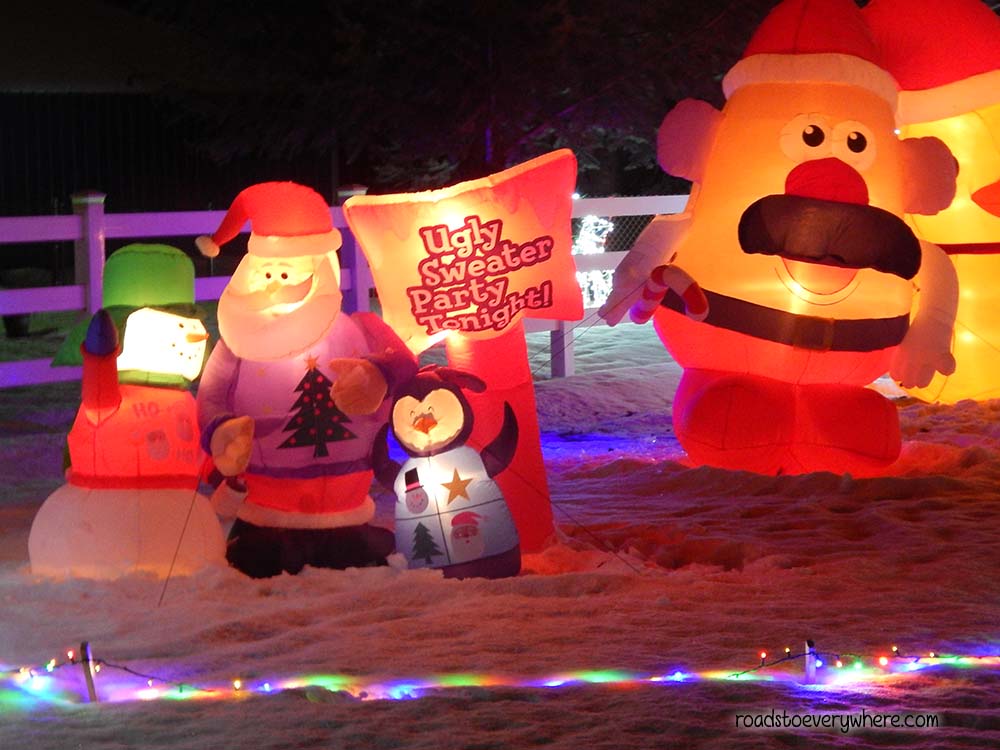 I started off the evening trying to keep a tally of all the different inflatable characters we saw, but after the first display I realized that it would be impossible to see everything from the car. I had also seen an idea on Pinterest for a Christmas light scavenger hunt that I think would be fun for a group– where you look for certain things on a list. I wouldn’t have thought to put “Ugly Sweater Party” and “Mr. Potato Head” on my list, though.

What’s the best and/or most unusual Christmas light display you’ve seen this year? I really want to know!