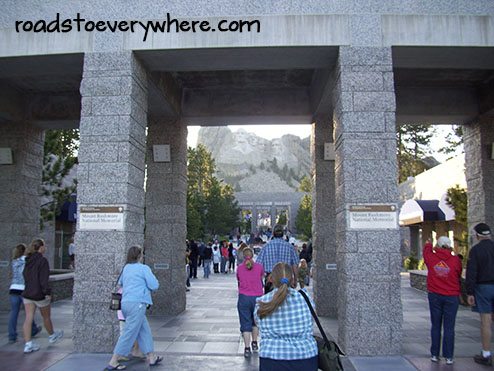 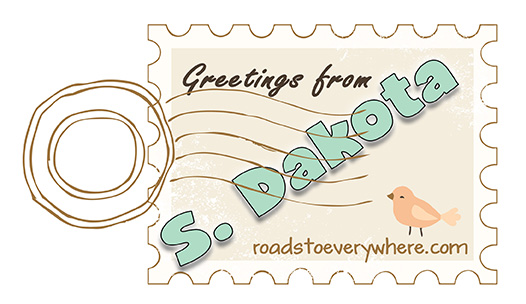 Day 20 of our virtual road trip takes us south from North Dakota to South Dakota.

When I was a little girl I had no idea where South Dakota was, but I had seen pictures of Mount Rushmore with the four presidents carved into the mountain. Funny story about that: I honestly thought that was a natural phenomena! I mean, why else would it be so famous? I remember being a little letdown when I finally realized that they had been carved–not realizing at the time what a feat that was.

I’ve been to Mount Rushmore twice. The first time was in 1990 when Lyle and I went on vacation to South Dakota with his three brothers and their families. We were in the Rapid City area for three days. The brothers spent most of their time golfing, while the sisters-in-law and kids (not our kids–they weren’t born yet) hung out at the motel and did a little sight-seeing on our own. 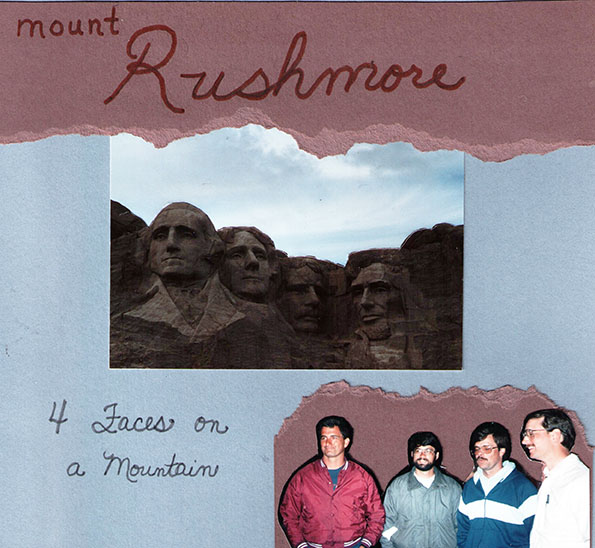 We did all go see Mount Rushmore as a group. The carvings seemed smaller than I expected, but it was just because the visitor center and viewing areas were further away from the mountain than I thought they would be. After snapping pictures of George, Tom, Teddy, and Abe we lined up Les, Leroy, Loren, and Lyle for a similar pose. I don’t think we had their heads turned just right when I took my picture.

Here’s my journal entry from that trip:

Last week we went to South Dakota for a 3-day vacation. The following lists our activities.

Lyle got in about all the sports he could handle with his 3 brothers. He was worn out!

The next time we went to Mount Rushmore was in 2009 with our kids. We had been on a road trip from Idaho to a church camp in Illinois and were on our way home. 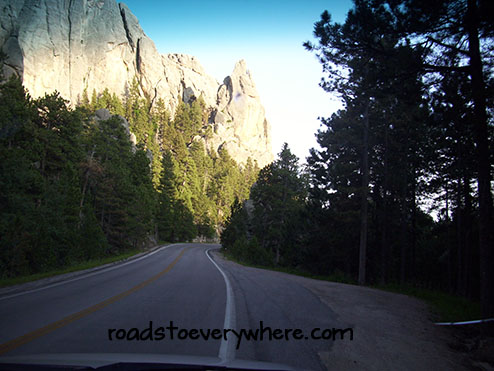 As we entered the park, we realized we had forgotten to bring jackets with us. Even though it was July, it gets chilly in the mountains when the sun goes down. Fortunately for us, the gift shop had jackets on sale “buy one, get one free” (half price) so we all four got Mount Rushmore windbreakers.

We enjoyed the presentation and getting to see Mount Rushmore after dark.

On that trip we also stopped to see the Corn Palace in Mitchell and the “world famous” Wall Drugstore in Wall. You can read more about those places in my blog post from that day:

And if you’re interested, you can also read about our visit to Storybook Land in Aberdeen, and the Little House sites in De Smet in 2007 in this blog post:

Have you been to South Dakota? If so, please share a memory in the comments! That will make this series even more fun!