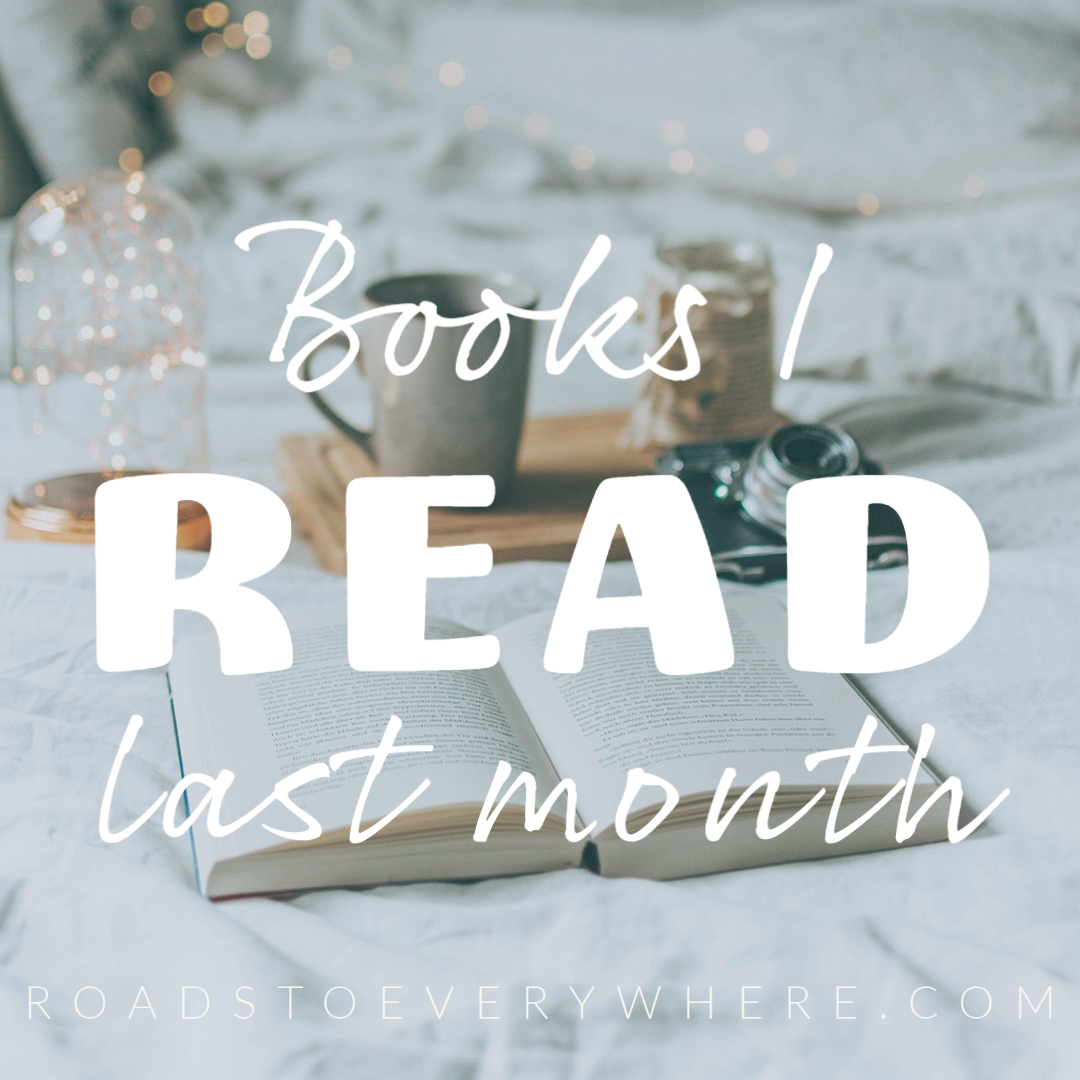 As you can imagine, August was a busy month for me. Also, I didn’t read as much while we traveled as I typically would because there was more to see out the window besides monotonous Interstate scenery. I know I did read. I always do. Let’s see what I ended up with for the month.

My star ratings are according to GoodReads definitions:

Disclosure: This post includes affiliate links which means I may earn a small commission on your Amazon purchase. Also, most books I read and recommend are from a Christian worldview. I make no apology for that.

At Love’s Command by Karen Witemeyer

A novel about a woman who escapes from a polygamist cult only to get wrapped up in a pyramid scheme.

A get-home-after-an-EMP-catastrophe novel about various members of one family.

A very similar story (get home after an EMP) but different characters and different setting. I find it interesting to consider the various scenarios.

Wreath in College by Judy Christie

The third in a trilogy I started earlier this summer. Very engaging and satisfying read.

Dystopian/sci-fi. Kinda slow moving in some ways with some weird unexplained scenarios. After I finished it, I started the second one in the series to see if it would get better. It didn’t, so I didn’t finish it.

Dare to Prevail by Christine Kersey

The final book in the Parallel World series I started earlier this summer.

The Most Perfect Thing in the Universe by Tricia Springstubb

Sweet story about misfits and relationships.

Graphic novel for the middle school set about guess what? Friendship, of course!

I picked up this one in a Little Free Library. It is an anthology of short stories from several popular graphic novel series targeted at middle schoolers. I thought it was silly, but I passed it along to a young friend, age 11, and he thought it was the greatest thing ever.

The Case of the Kidnapped Collie by John R. Erickson

At an average of 2.5 hours running time we enjoyed a few Hank the Cowdog audiobooks on our trip, just for laughs.

The Case of the Bone-Stalking Monster by John R. Erickson

Angel of the Abyss by Mark Goodwin

Book 3 in the Days of Elijah series which takes place following the rapture.

The Seventh Vial by Mark Goodwin

Book 4 in the Days of Elijah series. This one had a lot of military scenes and descriptions in it which we felt slowed the story down.

What have you been reading recently? Any recommendations?