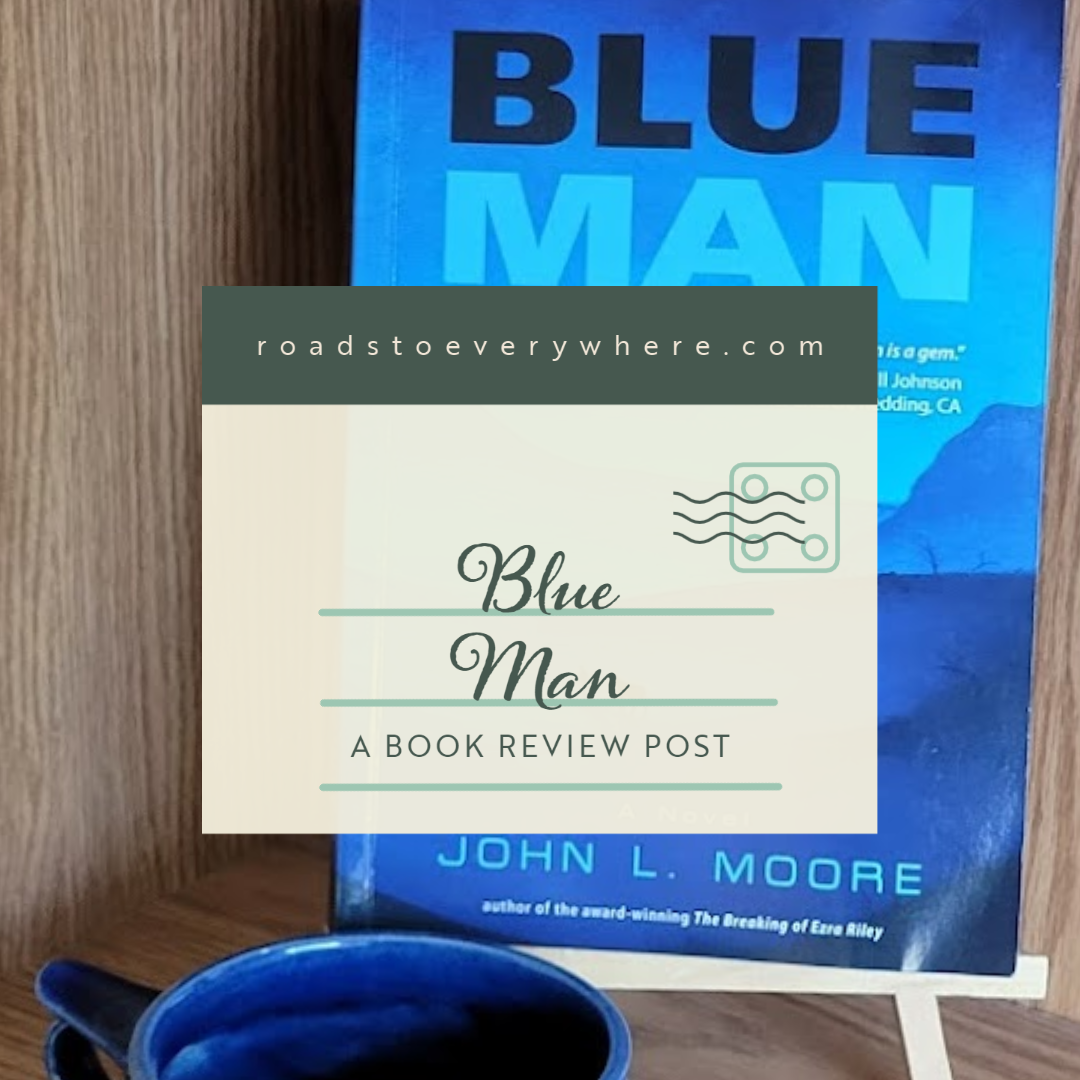 This review is for Blue Man, a Christian thriller novel by John L. Moore.

Disclosure: I received a complimentary copy from the author’s agent, Jones Literary.

The main character, Ezra Riley, is an aging Montana rancher who has prophetic gifts. Much like Daniel, he is called on to interpret recurring dreams the president has been having. Ezra is obliged to keep it a secret. As a result his life is in danger. The title character, Blue Man, is mostly in the background until the last part of the book.

I found the story confusing and draggy in places. For example, Ezra spent pages and pages tracking a certain rogue cow for no good reason other than that he found it challenging. However, it turns out there are several books in the Ezra Riley series and I have the impression that if I had previously read those this one might make more sense to me.

My favorite part was the relationship between Ezra and his good buddy, Barney Wallace (a.k.a. Barn Wall), the cowboy poet. Their interactions were usually hilarious.

If westerns with supernatural and political elements appeal to you, this is definitely the book for you!

Ezra Riley is a hardened Montana cowboy who prefers the hills, cattle and horses to cities… but a unique gift for dream interpretation has him secretly taken to the White House, where the president is suffering from recurring nightmares. Riley’s encounter with the president launches a series of attacks by the man behind the nightmares, William Anderson Hall–an elderly master spy and pioneer in the CIAs experiments with psychic powers and hallucinogens, who in a remote compound in Virginia, has invested 30 years and untold millions creating the ultimate psychic warrior–Blue Man.