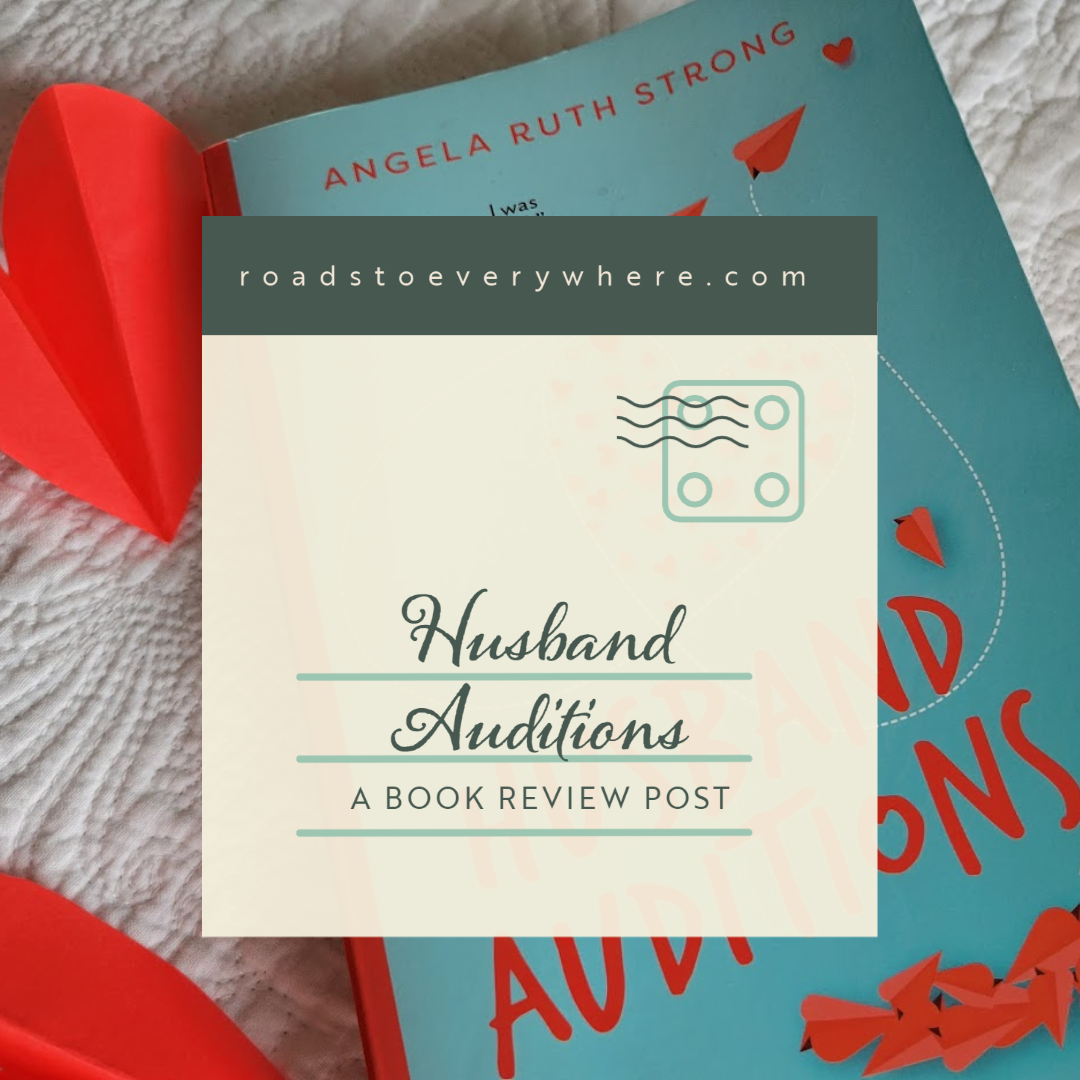 Disclosure: I received a complimentary copy from the publisher as part of Read with Audra blog tours.

Have you seen those lists floating around supposedly from 1950s magazines or advice books on how to be a good wife or please your husband or what not? I don’t know if they are real or not, but they are usually hilarious to read. That’s the premise of Husband Auditions.

In the story, someone gives Meri such a list on “how to get a husband.” Her good friend, Kai (a male), has the idea to start a YouTube channel showing Meri trying some of the various things on the list. It was a little far-fetched (to me) that she would agree to such a thing… but if she hadn’t, we wouldn’t have a story!

Betcha can’t guess who Meri ends up falling for. Well, if you can’t, I’m not going to tell you!

This was a fun read, but I also appreciated the scriptural truths that were woven throughout as our heroine and hero navigated through their relationship.

How far would you go to find the perfect husband? All the way back to the 1950s?

For Meri, it seems the world is full of happily-ever-after love, or maybe it’s only because she’s just gotten home from the wedding of her now-former roommate. As of now, Meri is the only one left in her friend group who is still single, so she inherits “the list” from a 1950s magazine that has been passed from friend to friend. The list outlines “101 Ways to Get a Husband,” and out of desperation, Meri decides there’s nothing to lose and she might as well try some of them out. After all, she can’t get any more single than she already is, can she?

Her brother’s roommate, Kai Kamaka, knows a great opportunity when he sees it. He’s not interested in the love angle because he has no interest in the effort a serious relationship takes. Instead, Kai sees filming every one of Meri’s silly husband-catching attempts as the chance to get the cameraman job he has been wanting. In his mind, if the online show goes viral, his career is all but made.

When Meri Me debuts, it’s an instant hit. People love watching Meri lasso men on street corners, pretend to trip in front of unsuspecting potential beaus, and otherwise embarrass herself in pursuit of true love. But the longer this game goes on, the less sure Kai is that he wants Meri to snag anyone but him. The only problem is that he may not be the kind of husband material she’s looking for. Is he ready for a relationship? Will Meri see him for who he can be for her instead of who he seems to be at the moment, the unmotivated and lazy surfer who is stuck to the couch?