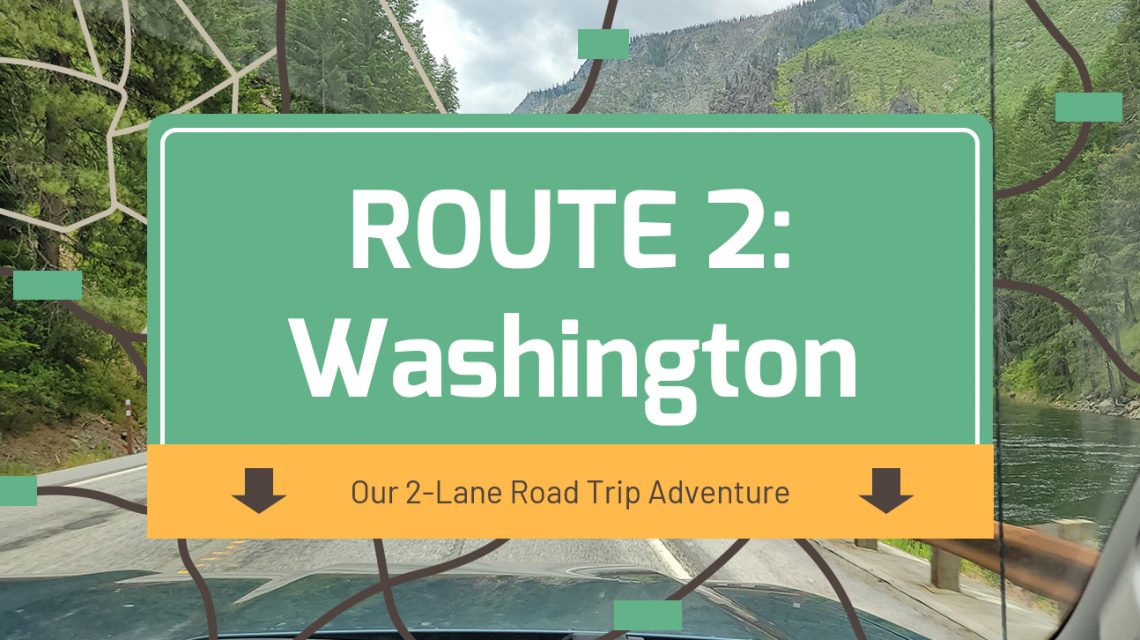 We always love getting off the Interstate for road trips when time allows, which is not as often as we would like. However, later this summer Lyle will be between jobs so we are going to take a couple weeks to meander across the country on two-lane highways as we make our final moving trip to Arkansas.

The first segment we have planned is to travel the Great Northern Route (U.S. Highway 2) across Montana, North Dakota, Minnesota, Wisconsin, and Michigan. At that point, Highway 2 goes into Canada and then picks up again in New York. We won’t be doing the Canadian and eastern part, but will turn south from Michigan.

However, Highway 2 actually starts in Everett, Washington, near Seattle. Last weekend we were over there for a church convention so I suggested to Lyle that we come back across on Highway 2 so we can count that segment as part of our summer road trip adventure.

It was 280 miles and we ended that part in Spokane. We plan to do the Spokane, Washington to Kalispell, Montana section one weekend in July, then we’ll pick it up again starting in Kalispell in August.

We have a few other two-lane routes planned as well. The diverse scenery and quaint small towns we travel through make these road trips so interesting to me. I decided that it might be fun to post videos of our adventures as we go along. Here’s our first one:

Other routes we have planned include a segment of the old Route 66 across Illinois, and a piece of the Great River Road along the Mississippi River. But you never know where the road might take us.

The following paragraph includes an affiliate link, and while it’s extremely awkward to interrupt the flow of what I was saying, I’m obligated to make that disclosure.

As a guidebook I ordered Road Trip U.S.A. and now I want to do all the trips! There are 11 cross-country two-lane highway road trips listed which makes a very handy bucket list.

We have actually traveled most of the length of Route 66 in segments at different times, so it will be cool to be able to add the northern piece to our “been there” list. (We did the Arizona to California piece in 2006, and headed the other direction, New Mexico through Oklahoma in 2013.)

I hope you’ll subscribe to our YouTube channel and follow along with us throughout the summer. Your comments and “thumbs up” makes the adventure that much more fun for us!