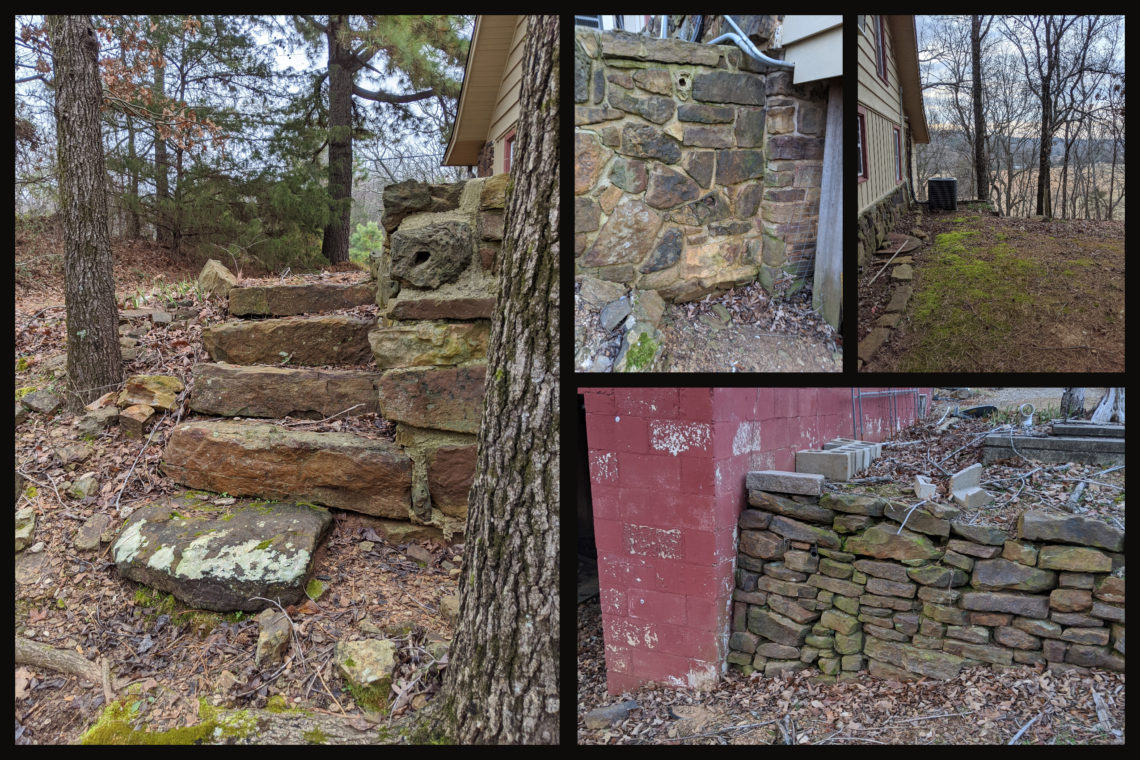 This wonderful real estate bargain was on a dirt road 6 miles from the nearest highway. It was on a mountainside with a pretty little creek at the bottom. It was a wooded acreage with lots of rocks… so many rocks… way too many rocks.

But Granddaddy saw great potential in this rough piece of property. His older four children were married by this time, but he still had five at home plus one away at college who was available to help in the summertime.

In his words: “Much effort and the good cooperation and unity of the entire family in obtaining used lumber, road-side stone, and bargains for all kinds of building materials made it possible for us to have housing without rent or loan payments… The Lord provided material for a house by leading us to a man who had an old-fashioned broiler chicken house. He was offering its material to anyone who would wreck and remove it from his place. We began the work of salvaging the building and stacking the lumber at our house location… During the summer of 1969 the boys and I had (among other things) laid stone for a basement wall and foundation for the house.”

It amazes me, when I look at these pictures from our family archives, to think about a man in his mid-fifties with his four sons, ages 12-19, building a house of native stone and salvaged lumber on a rough piece of property like this.

By 1970 my grandparents and their younger children were living in the unfinished house. This is when I first remember visiting them there. I was about 5 years old.

Fast forward nearly 50 years to the Christmas just past. My family and I returned to Arkansas to visit my parents who now own the farm.

While we were there one of my uncles (formerly one of the teenage boys) called. He and another uncle had been reminiscing about those years when they helped build the house. They were trying to remember certain details so they asked if I would take some pictures for them. I was happy to do so.

The original retaining wall of native stone was washed out in a bad storm several years ago. By then it was more economical to replace it with commercial blocks.

However, much of the stonework still stands all around the farm. It looks like it’s been there forever.

Except I remember a time when it wasn’t.