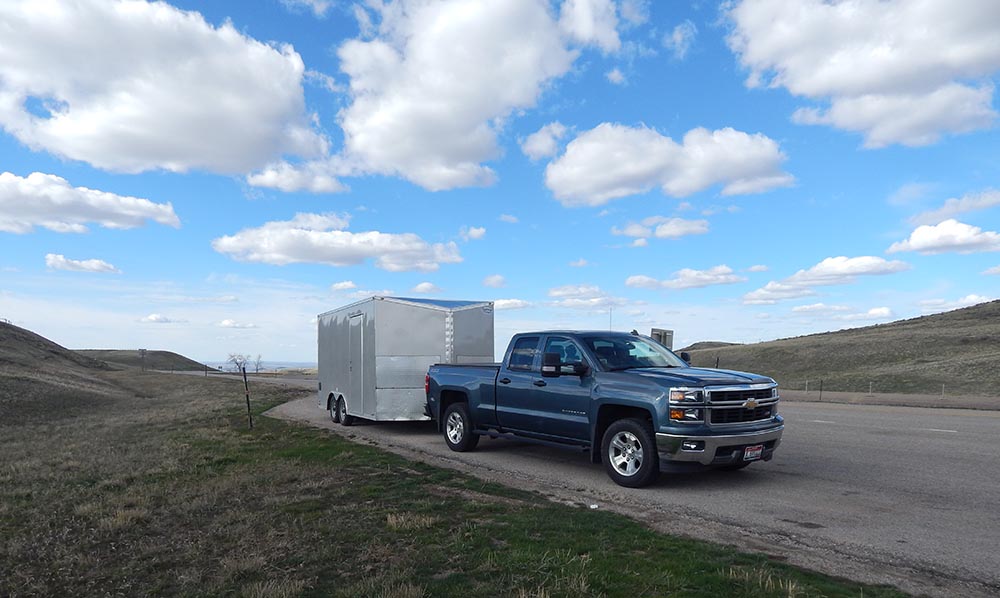 Life has been somewhat of a whirlwind the last few months as we embark on new adventures. We are excited to have the opportunity to buy the family farm from my parents but the transition has sure been a lot of work. And we aren’t there yet.

We have made several round trips from Idaho to Arkansas as we are in the process of moving. It’s about 1800 miles each way and takes us 3 days of traveling when we are pulling a trailer.

Our usual route is east across Montana and South Dakota, turning south to follow the Iowa/Nebraska state line, then into Missouri, and finally Arkansas. As you can imagine, the scenery is quite diverse when covering that distance, and even though we’ve made the trip a number of times we don’t get tired of it.

In fact, we have several “favorite stops” that help break up the trip.

We like to stop at the Wheat Montana flour mill and bakery in Three Forks, Montana for gas, coffee, and pastries. (Though, sadly, the pastries have been a no-go the last couple of trips since we found out Lyle has diabetes.) There’s not much else around, but you can buy 50 pound bags of wheat or flour if you’re so inclined.

After driving (nearly) endless miles across the Cheyenne Reservation and ranch country of southeastern Montana and nipping off a tiny corner of Wyoming we are always glad to stop for the night at our favorite hotel in all the land in Belle Fourche, South Dakota. Not only do they have super comfortable rooms, the friendliest staff anywhere, and a cheerful breakfast lady who will cook you an omelet while you wait, they have a library in the lobby! The front desk attendant invited me to choose any book I liked and if I didn’t finish reading it before I left, why, I was welcome to just take it with me! Now, I think that oughta be thing in every hotel everywhere, don’t you? (I could do without the dead animals lurking about, but one can’t have everything. I guess it adds to the western vibe.)

Another fun stop along I-90 if we have an extra few minutes is Wall Drug, famous for “Free Ice Water” and 5-cent coffee since, apparently, the 1930s. The free ice water is serve-yourself in tiny little cups from a soda machine. I can understand using that machine since it makes ice so conveniently, but I do wonder why there is only the one spigot for water and all the others are labeled for soft drinks but presumably not hooked up? We didn’t try any except the one labeled water, so I don’t know for sure.

I didn’t see where they were serving the 5-cent coffee. Next time I may have to investigate that a little further. We did, however, buy a t-shirt and cap, and a pair of sunglasses. Which is why, of course, they can offer free cups of water and cheap coffee.

Wall Drug is a few blocks off the interstate in Wall, South Dakota, which was named for the “wall” of the Badlands. After miles and miles of flat prairie it definitely adds interest to the scenery as you drive along.

There’s a cool photo op at a rest area overlooking the Missouri River near Chamberlain, South Dakota. If you ever wondered what Dignity looks like, this is it. We can see her from the interstate as we are approaching but we didn’t really get a sense of how tall this sculpture is until we walked up close. That’s Lyle standing beside her.

Those are just a few of the points of interest along our route. Usually we just roll right along with no problems. This past trip, though, we had an issue with a trailer wheel.

It happened right about where Iowa and Missouri meet at the Nebraska state line, 130 miles north of Kansas City, according to the highway sign. We felt a little bump and when Lyle looked in the side mirror there was one of the trailer wheels rolling down the highway behind us. Not securely fastened to the hub on the trailer where it belonged, mind you. It was independently chasing us.

Before I even realized what had happened Lyle had safely pulled over onto the shoulder of the interstate. There are two wheels on each side of the trailer, you see, and the other wheel on that side had prevented us from having a serious wreck. Well, actually it was the Lord, but I think He used that extra wheel to keep us on the road.

Lyle had seen the wheel roll into the ditch, so he went to find it. He told me that there must have been a lug that had worked loose and as it wobbled with the motion of the wheel it got looser and looser, which cause the other lugs to loosen, and eventually they all just sheared right off.

No need to call roadside assistance. Lyle knew just what to do. He unhitched the trailer and we drove to the nearest town and bought a new hub. Back at the trailer, he changed the hub, put the spare on, and we were on our way again within 2 hours. Sounds easy, right? I don’t think so. I think Lyle is a superhero.

After that, he was careful to check the tightness of the lugs each time we stopped. And the rest of that trip was uneventful.

Stay tuned for more exciting adventures in the months to come.