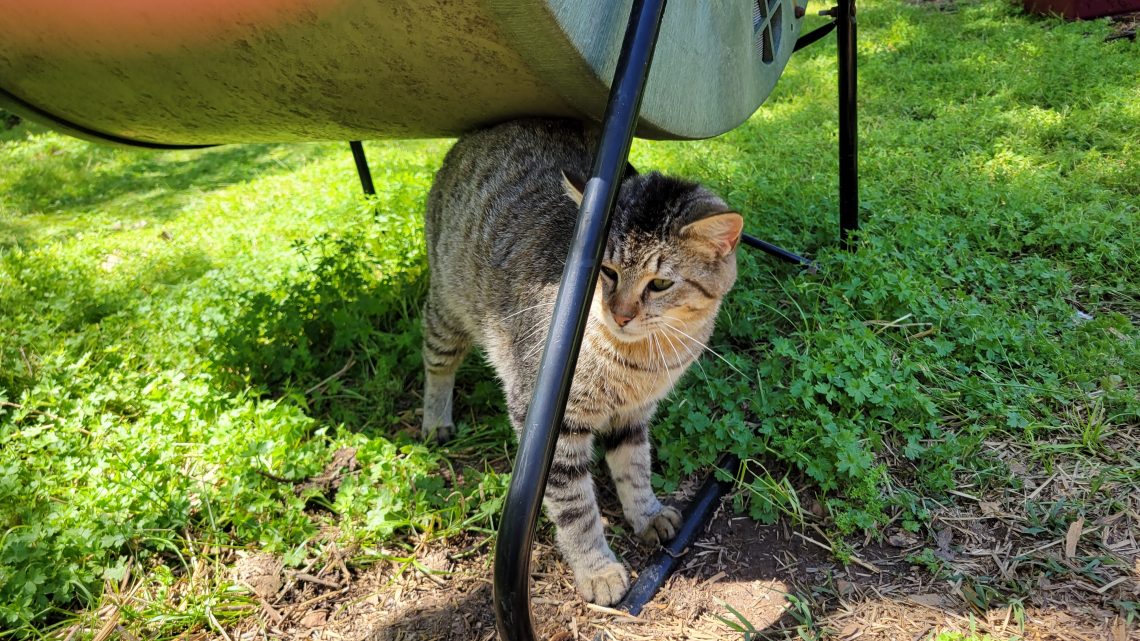 All kinds of things are finally growing on our little homestead now that we are headed into the hot part of the year.

Mother’s irises have been glorious. She has at least eight different colors all around the place. They are nearly finished blooming. They need to be thinned out. Then we can spread them out to even more locations. Irises have bloomed in April and May on this place as far back as I can remember.

In early April, the men and Rebecca put up a fence around the garden area to keep the free-range chickens from ranging freely.

The garden plants are now coming along nicely with plenty of rain and spring sunshine. We keep thinking of other things we’d like to plant, but we are running out of room. We’ll need to plan more space for next year, I guess.

Also, I discovered a stash of heirloom seeds in the basement: beans, popcorn, and okra. We’re not sure how long they may have been there. Maybe 15 or 20 years? Mother says the okra seeds have come down from my Great-great-grandma Luker, who died in 1918. That’s what you call a true heirloom seed! We’ve planted a few to see if they will come up. If they do, I’ll be saving some of the seeds.

Rebecca’s little hatchlings are thriving. She had 14 to start with, but she gave two to one friend and five to another. She’s been working on integrating the remaining seven into her existing flock. We expect to have plenty of eggs by the end of the summer.

We picked up our two nucs of bees last Saturday. (A nuc is a temporary box containing a queen bee and five frames of honey with a small swarm to support the queen. It’s basically a starter hive.)

Dad did most of the work of getting them installed. Rebecca suited up to stand by to assist. I watched and took pictures until I got stung in the middle of my forehead. That’ll teach me not to put on my bee suit!

The bees seem to be nicely settled now and enjoying their new home with plenty of flowers in bloom all around. Dad says we likely won’t harvest honey this year, but hopefully, the bees will do well so we can rob them next spring.

And now for my obligatory sourdough picture. Every loaf turns out so pretty I can’t resist taking pictures, because what if the next one isn’t this nice?

Also, I’ve started selling my bread. It was popular at a little community craft sale we participated in a couple of weeks ago.

That’s it for this month’s report. Stay tuned for our next homestead update. Life is an adventure!