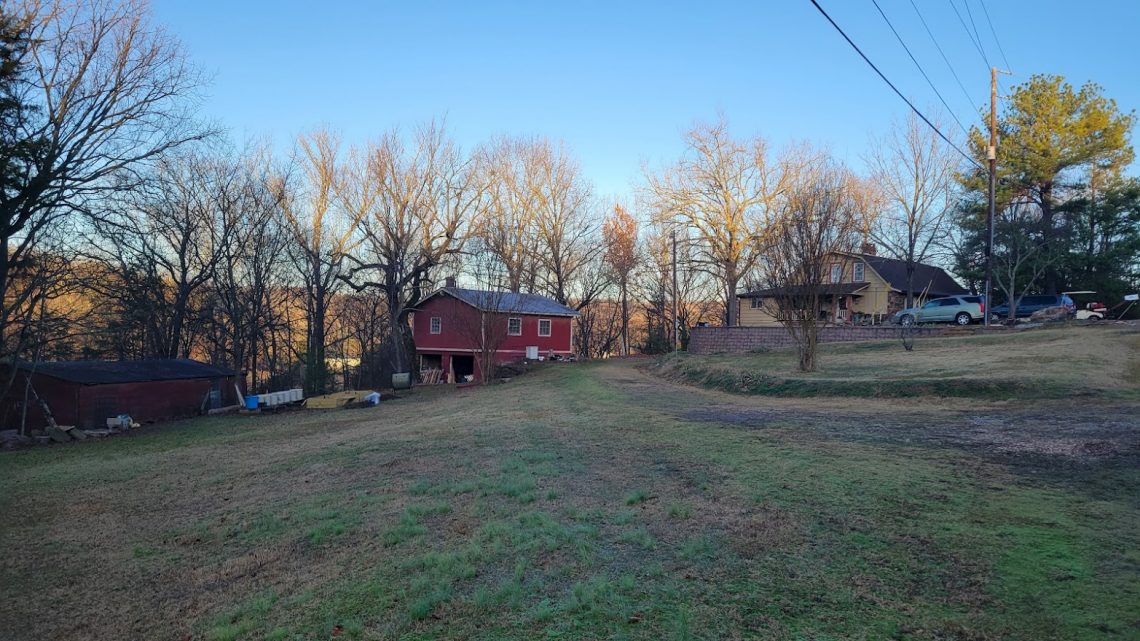 Our adventure this past fall has been settling into our new home in Arkansas. Now that we live out in the country I have some homesteading/self-sufficiency goals that I want to try. Lyle is not so enthusiastic but, as usual, he’s willing to offer his support however he can.

Some of these activities aren’t new for us. It only made sense to start with things that have worked for us in the past. For example, Rebecca has a little flock of chickens going so we have fresh eggs daily.

Her next step in that endeavor is to hatch some eggs in the spring, and possibly raise some meat birds as well as the layers. (That is, if we can find someone willing to help us with the… well, you know.)

Planting a garden is definitely in the plans. Granddaddy used to plant huge gardens on this land, but we aren’t quite that ambitious–at least not this year.

We’ll be starting off small with these lovely raised beds that Lyle built for me. Dad ordered a load of top soil to get us started. (It hasn’t come yet.) A neighbor contributed some horse manure (the small pile off to the side). And I’ve been carefully composting my vegetable trimmings, egg shells, and coffee grounds for the past few months. (The composter is the round green thing. It was Granddaddy’s.)

I want to plant tomatoes and green beans, for sure. Also, lettuce and herbs and probably some squash. The list gets longer and longer every time we talk about it.

I’m also trying to transition to cooking more from scratch.

The latest skill I’m learning is how to make sour dough bread. Mother and I got a starter going in September. It’s been way easier than I expected. The recipe has 3 ingredients: flour, salt, and water. The bread is much tastier than you might think with such a short ingredient list. I want to start branching out with other recipes using sour dough starter. I’ve tried cinnamon rolls and soft pretzels so far. Not bad, but I don’t have my technique perfected yet by a long shot.

Bonus: I did the math and a loaf of made-from-scratch sour dough bread costs less than 25 cents to make! We had discovered that sour dough is much more friendly to Lyle’s blood sugar numbers than other types of bread, so I had been buying it for $4 or more a loaf. I’m very happy with that savings.

I’m also continuing to make sprouts in a Mason jar. I have a “salad mix” of seeds and mung beans. My cousin Joanna recommended sprouting broccoli seeds so I want to try that next.

Two more ambitious goals, both new to me…

Outdoors: Dad and I have been discussing beekeeping. Dad kept bees for years when I was growing up, so I’ve asked him if we could do that again. He doesn’t have much (if any) equipment left, so we would need to get that, but at least he has the know-how, which I’d like to learn. We’ll see if that happens this year.

Indoors: I want to try making kombucha. I’ve heard it’s not hard, probably not any harder than sour dough. However, I understand you need to keep your kombucha culture away from your sour dough culture, so they don’t compete. I’m not sure what happens if they get too close, so I’ll need to do some more research on that.

Do I have time for all this? I’m not sure. I guess time management might be another skill to work on.

We’ll see how it goes.