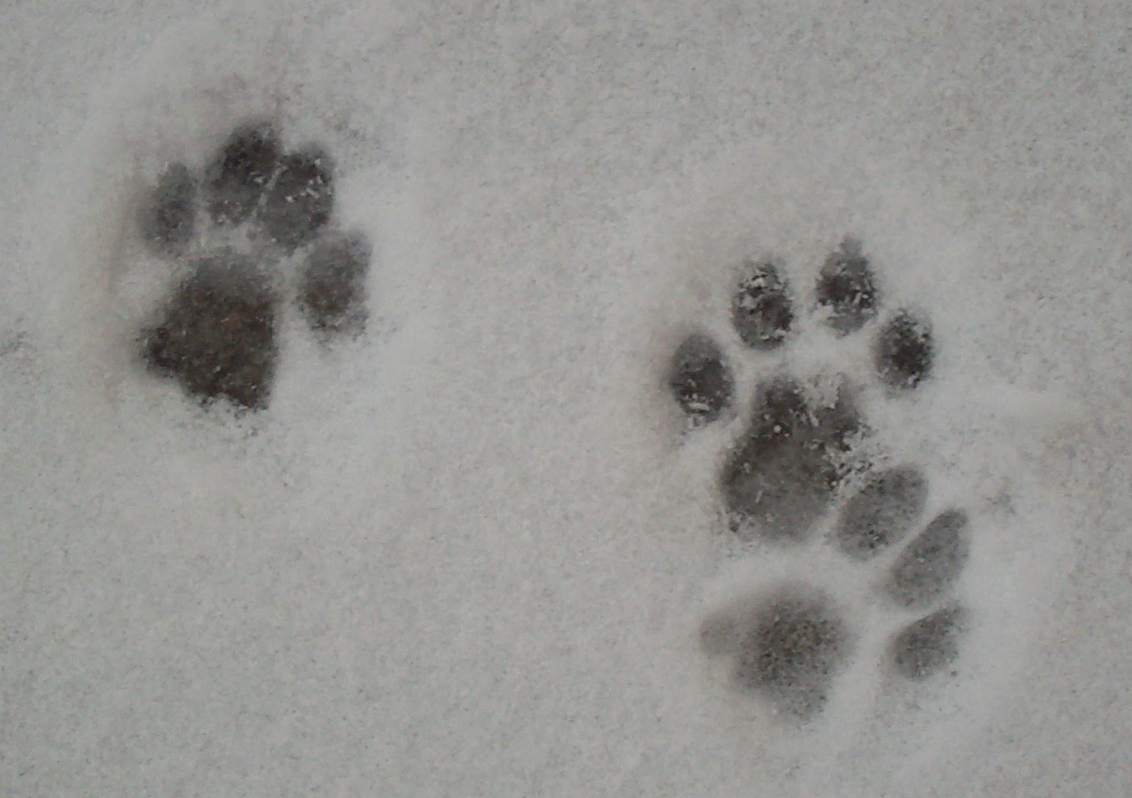 A couple of school boys, probably about 10 or 12 years old, were walking past our house a few minutes ago when I let the dog out. She ran out to chase them and it startled them, so I ran after her. I assured the little boys that the dog wouldn’t hurt them, and she backed off with her tail between her legs like the timid little critter she is. The boys were relieved that the dog wasn’t going to attack them, but they asked me, “Are there any cougars in the woods back there?”

Since we live in town and the said woods are only about an acre in size I told them, “No. I don’t think so. I’ve never seen or heard of any.”

They were utterly convinced that the woods are inhabited by cougars because, “We saw their tracks.” They were serious.

No doubt they expected me to freak out and run screaming back to the house, letting the “big strong men” protect the women and children from large invading wild cats. “I think you probably saw kitty-cat tracks,” I told them.

“No!” They were sure there were much bigger cats lurking. “The tracks were this big!” And they held up their hands to indicate tracks the size of saucers.

“Oh, yes,” I said. “But, see, when the snow starts melting it makes the tracks look bigger than they really are.”

Yeah, they had to admit I was probably right. Guess I shouldn’t have spoiled their adventure, huh? What a story they had to tell all their friends, until some boring ol’ mom came out and explained all the excitement away.

The picture is one I took of our cat’s tracks in the snow back in January, when the snow was fresh. I was out taking pictures of it and Tabitha was stalking me. I thought her little cat tracks in the snow were so cute, that I snapped a picture of them. I haven’t been out to the woods to investigate the alleged cougar tracks.