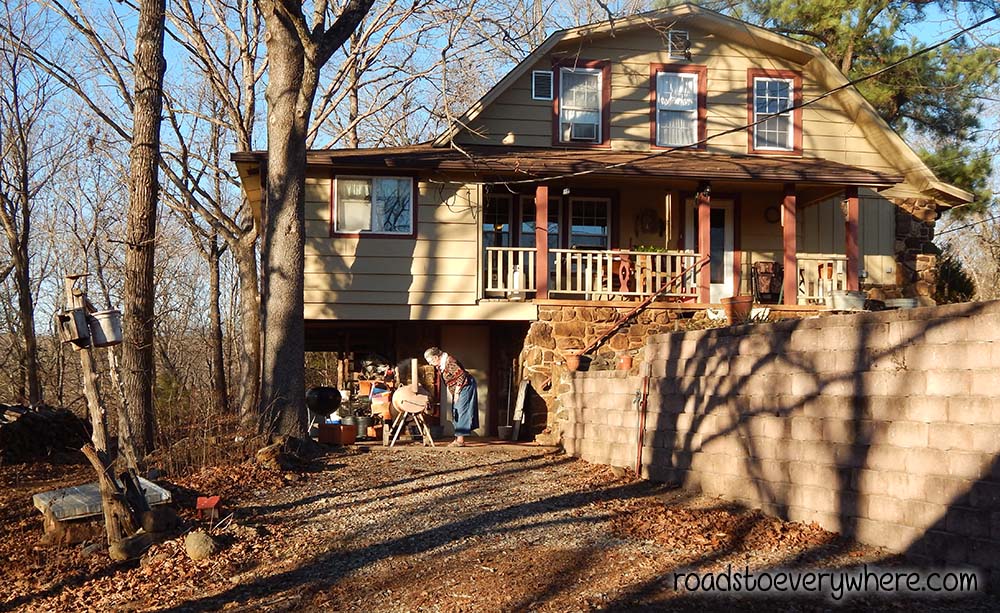 My parents live in the house my grandparents and their younger children built some 40-odd years ago, way back in the boonies of the Ozarks. They are 6 miles off the highway, and 15 miles from town. It’s not quite as “off the grid” as it was when I was growing up, but there’s something very peaceful about going back for occasional visits. 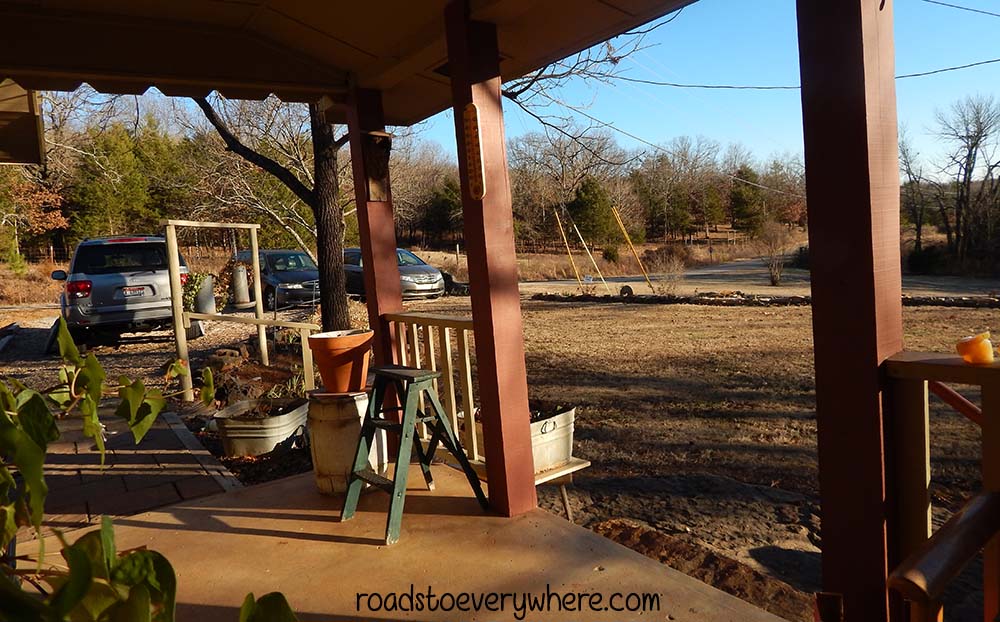 We appreciated the mild sunshine while we were there. It’s mostly white and gray (and oh-so-cold-and-icy) in Idaho right now, so the brown and blue actually made a nice change.

My dad smoked a turkey one day while we were there. I was out for a little walk with my camera when I spied my mother checking on the turkey. 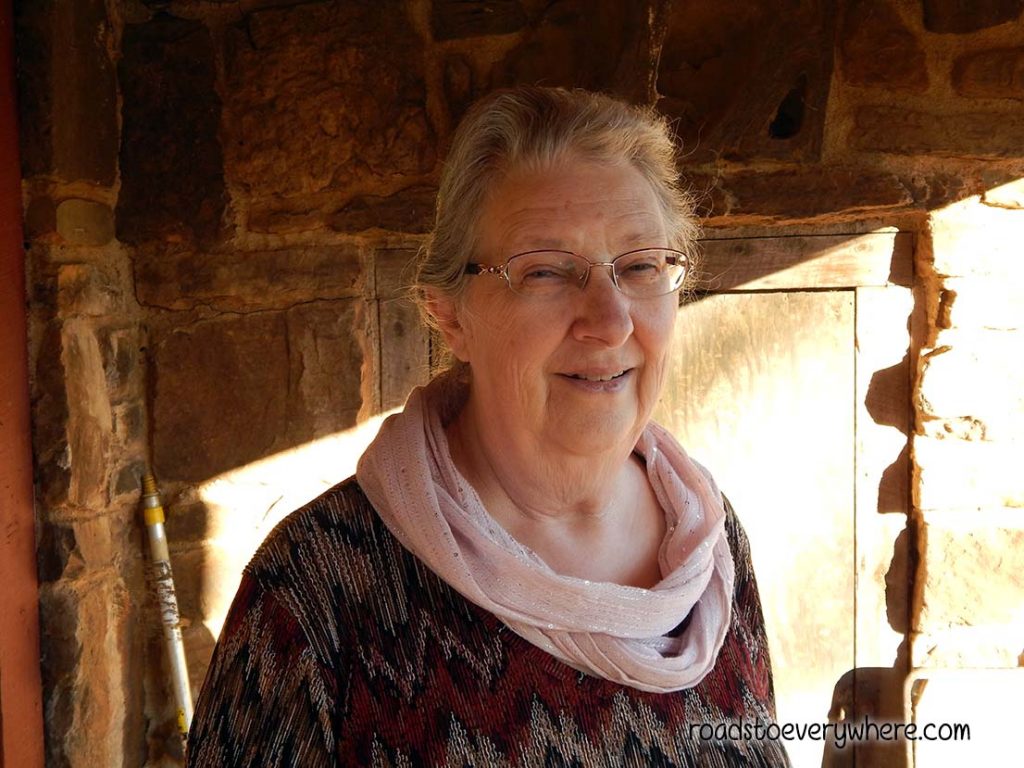 She asked what I was doing as I got closer. “Taking pictures of you, of course!” I told her. She wasn’t sure she liked that idea. I made her stand there for a bit and smile for me while I snapped away. She finally had enough of that and went about her business. 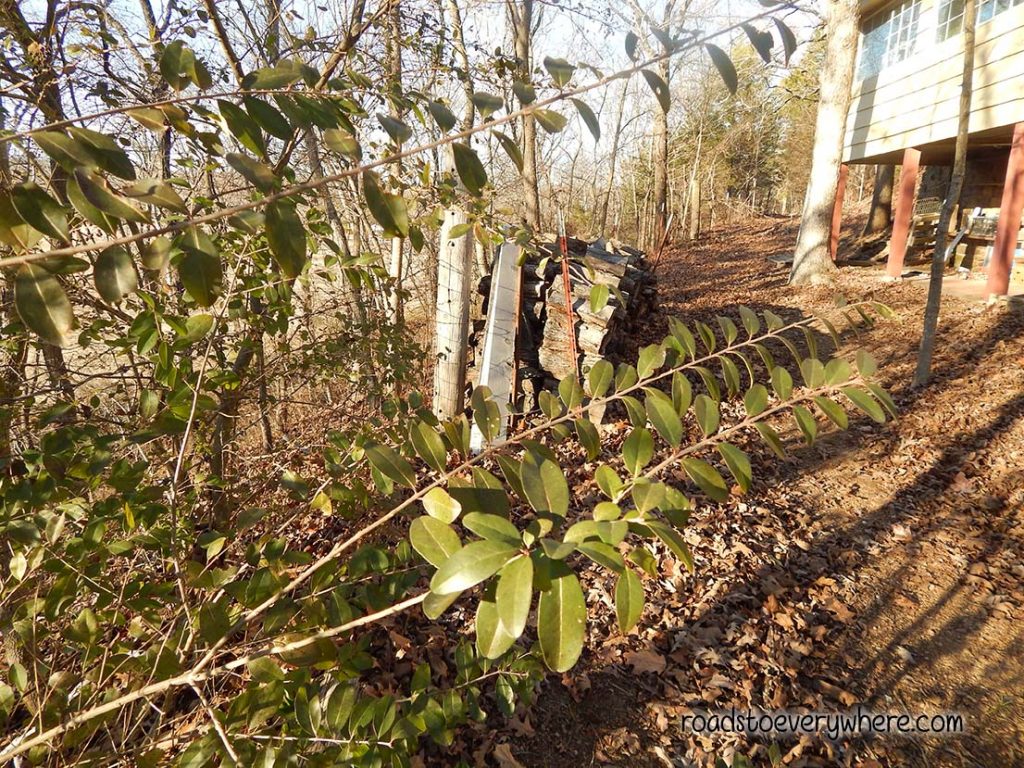 I walked on past the woodpile, crunching through the dried oak leaves down the long-abandoned back driveway, remembering how things were so many years ago. My parents moved around a good bit when I was growing up, so I don’t really claim any one place as “home”… but this little Ozark farm was the one constant place all throughout my childhood, so I suppose if I were to say where “home” is, this would be it.

Later, Lyle and I went for a little drive. I took him by the old schoolhouse/community building where Granddaddy held church services when I was a little girl… and then around the corner to the church building Granddaddy and his congregation built when I was a young adult. My dad now pastors there.

While we were gone Rebecca took these pictures of wildlife right there in my parents’ yard.

They say you can’t go home again, and I suppose that’s true. But you can stroll down Memory Lane, and that’s kinda the same thing, isn’t it?

{Stayed tuned for a report on the trip home, coming soon.}