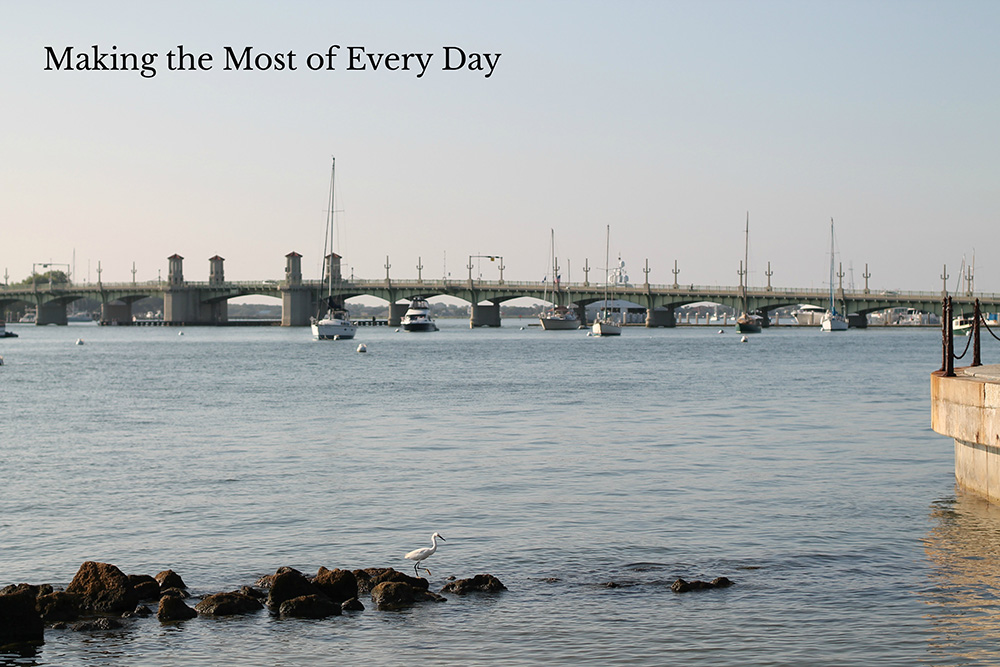 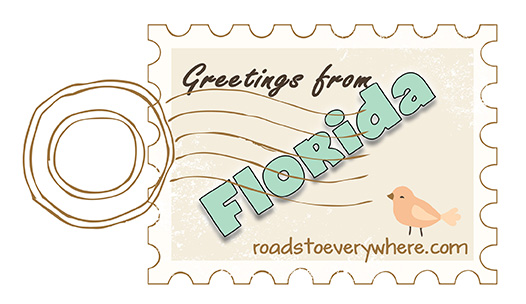 The sixth day of our virtual road trip takes us southeast from Alabama to Florida.

I’ve been in Florida exactly twice–once in 2009 and once in 2015–both times for work, and both times I saw virtually nothing. No Disney. No Keys. No ocean.

Since that’s the extent of my story about Florida, I asked my friend Sheila from Making the Most of Every Day if she would share a little about Florida with us.

Karla: Thank you so much for helping out with my state series, Sheila. How long have you lived in Florida?

Sheila: I have lived in Florida since August 1985 when I moved here from Italy to attend the University of Florida. I have now lived more years in Florida than I have in Italy so it’s my home. (Wow! I just did the math! 31 years??)

Karla: Yep. I got married in 1985 and it has truly been 31 years. It sure doesn’t seem like it. What do you like about living in Florida?

Sheila: I have lived in northeast Florida for the past 17 years and although it’s warm here, we do still get cold temperatures and even some freezes, but I like that the cold doesn’t stay for too long. I love that I have a long growing season. I also love the beach so living about 30 minutes from the beach is a huge plus! When I lived in Gainesville, it took about 2 hours to reach the coastline. Some people are afraid of the idea of alligators and hurricanes but both are not a very common occurrence and easy enough to get along with.

[Karla: Uncommon hurricanes except, as it happens, today. Sheila and I put together this article last week before we knew about Hurricane Matthew. Praying for all those affected.] 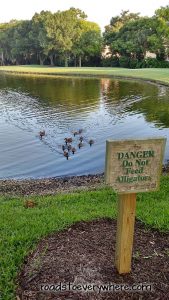 Karla: That is so funny. This is a sign that I saw out my room window when I was in Florida in 2015. It cracked me up because I didn’t see any alligators in that pond. Just ducks. I thought maybe that’s what they call ducks in Florida. Ha. 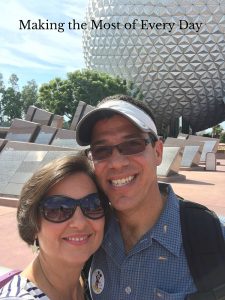 Sheila: Another perk to living in Florida is being so close to Disney. We have enjoyed visiting over the years, first as the kids were young, and now as adults.

Sheila: Getting married. We had some time constraints (long story, but no, I wasn’t pregnant) so we got married on September 1st in Gainesville. For those of you who don’t know, that is a hot time to get married in a very hot place. But the weather cooperated (no typical afternoon thunderstorms) and we stayed inside most of the time (I love Florida because of the air conditioning! Can’t imagine life before that!) We did walk around outside just to take some pictures but I don’t remember it being awful. I loved our wedding ceremony! It’s still my favorite wedding ever, 25 years later!

Karla: If I were to visit you what would you take me to see?

Sheila: Well, of course it would depend on what you wanted to do. You’ve already told me you aren’t interested in Disney so we wouldn’t go there, although it is the top destination in Florida! I would definitely take you to the beach because seeing the vastness of the ocean is just spectacular. 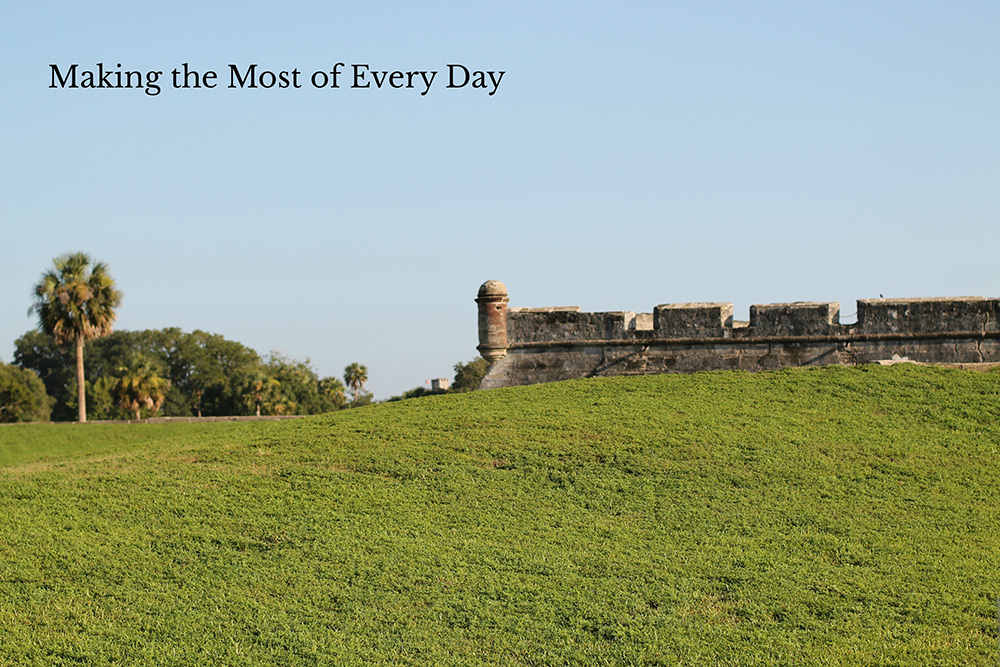 I would probably take you to St. Augustine because it’s only a half hour away and such a cute, historical town (you can read more about it here). We would go to some fun restaurants around town, depending what you were in the mood for. 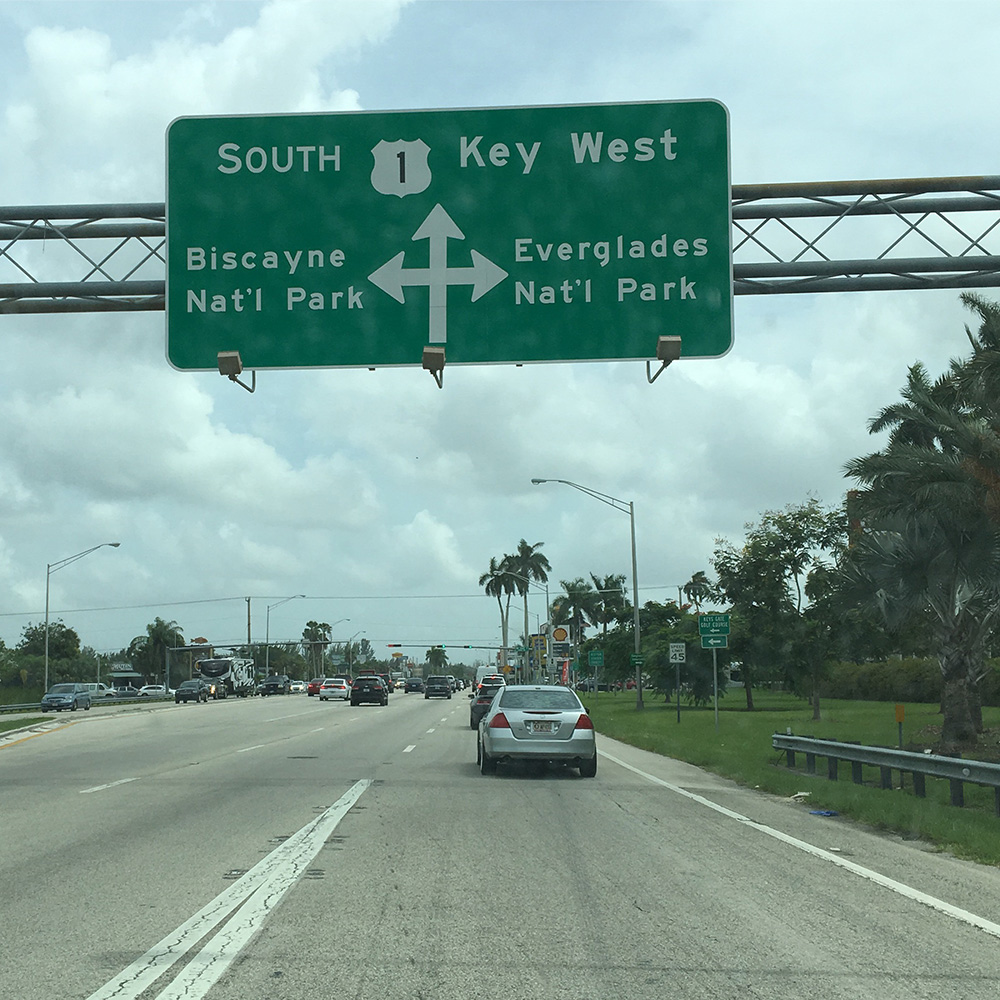 If we’re just dreaming, then I can say that I’d take you to the Keys since that’s on your bucket list of drives!

Karla: I am really hoping to be able to cross that trip off my bucket list before too very long! St. Augustine sounds fascinating, too.

Thanks again for chatting with me and for sharing your pictures. 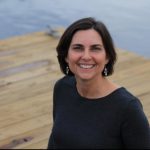 Sheila likes to pack it in and often has many irons in the fire. She is a wife, mom, and homeschool teacher who loves books, running, food, travel, and Jesus but not melted cheese. She blogs at Making the Most of Every Day and is sharing her Italian heritage this month with her Write 31 Days series: My Italian Kitchen.

Have you been to Florida? If so, please share a memory in the comments! That will make this series even more fun!