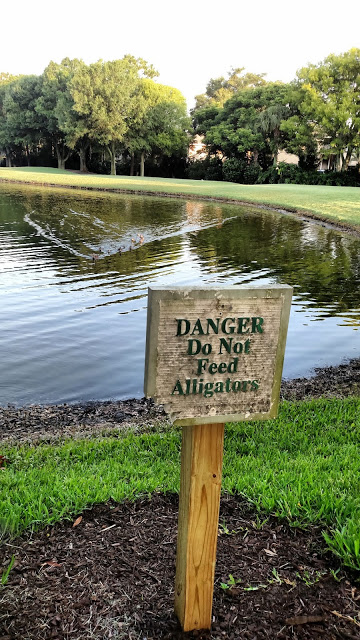 We ended up not having time to drive over to the beach while I was in Florida. Nor did we go to Disney World. As we were riding the airport shuttle today, on our way out, a recorded announcement said, “Chances are, you didn’t see and do everything there is to do while you were here…” My co-worker and I had to laugh. Yeah, we didn’t see or do very much at all except work. However, we stayed at a very nice resort, and the convention was at yet another nice resort, so there were a few photo ops. 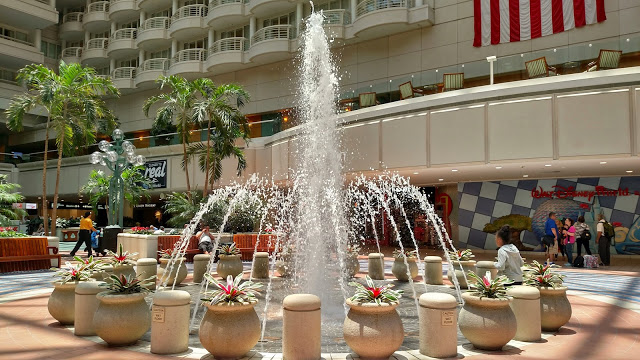 I arrived on Wednesday afternoon and “had” to wait at the airport a couple hours before going to the condo. As you can see, waiting at the airport was a real hardship for me. I staked out one of the benches by this gorgeous fountain and read through several of the Psalms while I was waiting. It was a unique place to have devotions. I needed some alone time that time, so that served the need nicely. 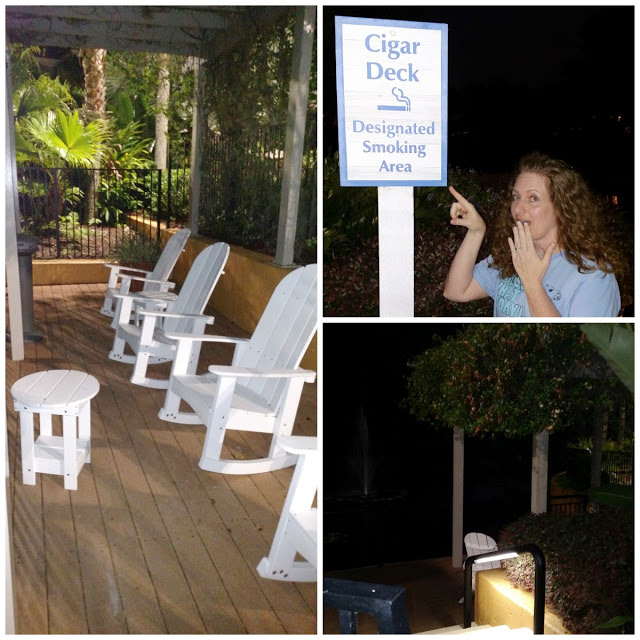 Late that evening, after we had loaded and unloaded some of the convention supplies and taken care of grocery shopping for the weekend, one of my co-workers, Sherry, and I explored the resort a little bit. We were tickled to discover that the smoking area was called the Cigar Deck. So pretentious! No one was smoking cigars (or anything else), and it was actually a very nice deck overlooking the lake. 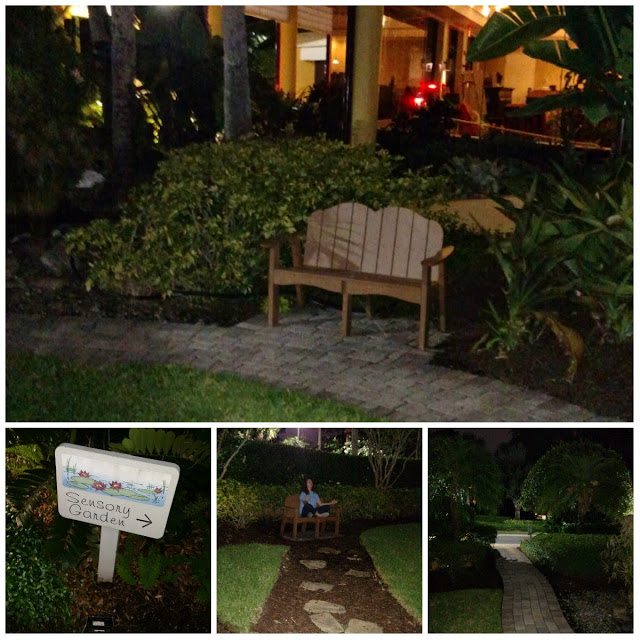 Another thing that cracked us up was the Sensory Garden, which was a nicely landscaped, short garden path. Sherry struck a yoga pose long enough for me to take a picture. I’m not sure she got the full sensory effect in that length of time, but we aren’t real sure what that was supposed to be anyway. 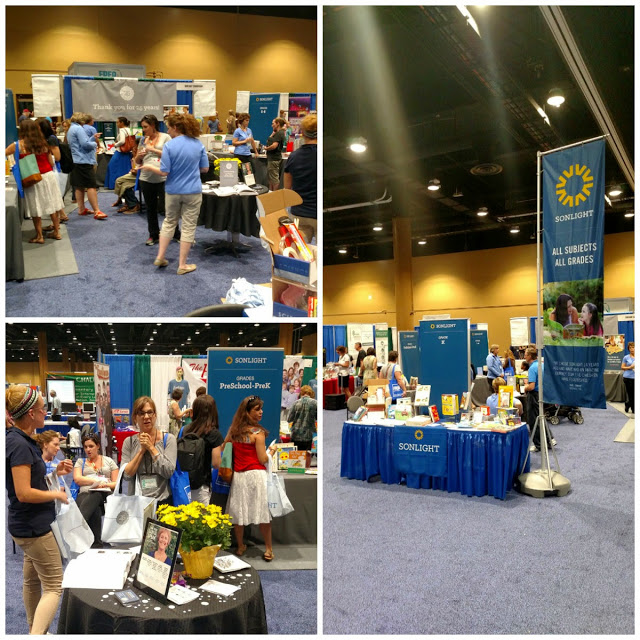 The convention was busy. We worked long hours and talked to lots of people. 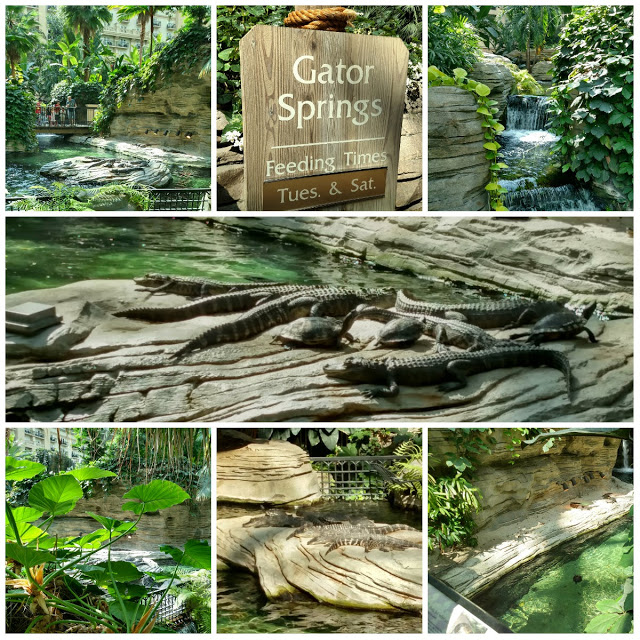 It was held at the Gaylord Palms resort, which has alligators in the atrium. They weren’t in the wild, and they weren’t very big, but still, it was cool to see them. There were turtles in with them.
On Saturday evening my cousin, Kerry, who lives there, came over to see me. We went out for a quick dinner. It was fun to see her again. It had been several years. We were too busy talking and catching up to think about taking pictures.
And that was the extent of my adventure in Florida this past weekend. I’ve been to Florida twice now, and have yet to see the Atlantic Ocean.
Someday we’ll go back for a vacation. At least, it’s on my bucket list.