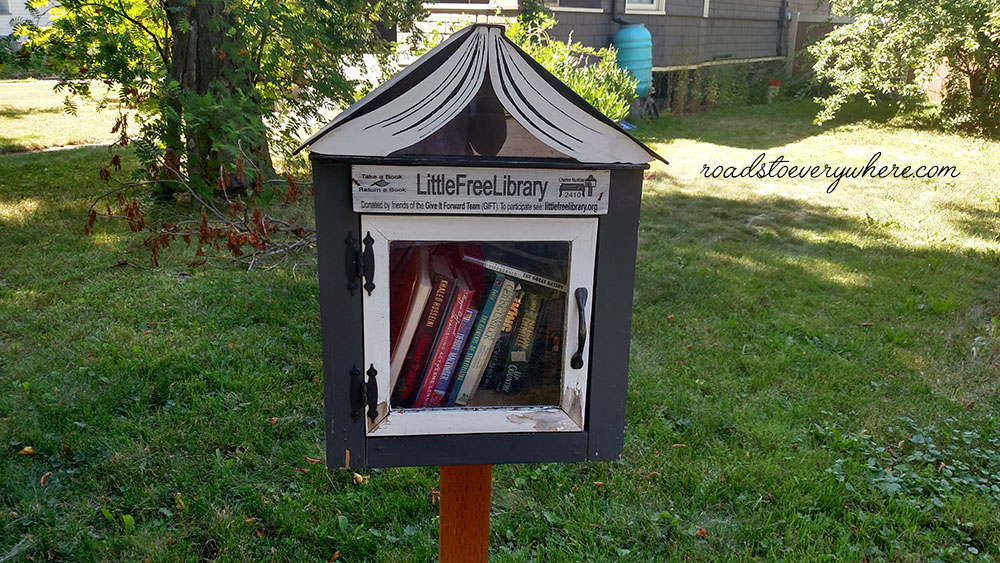 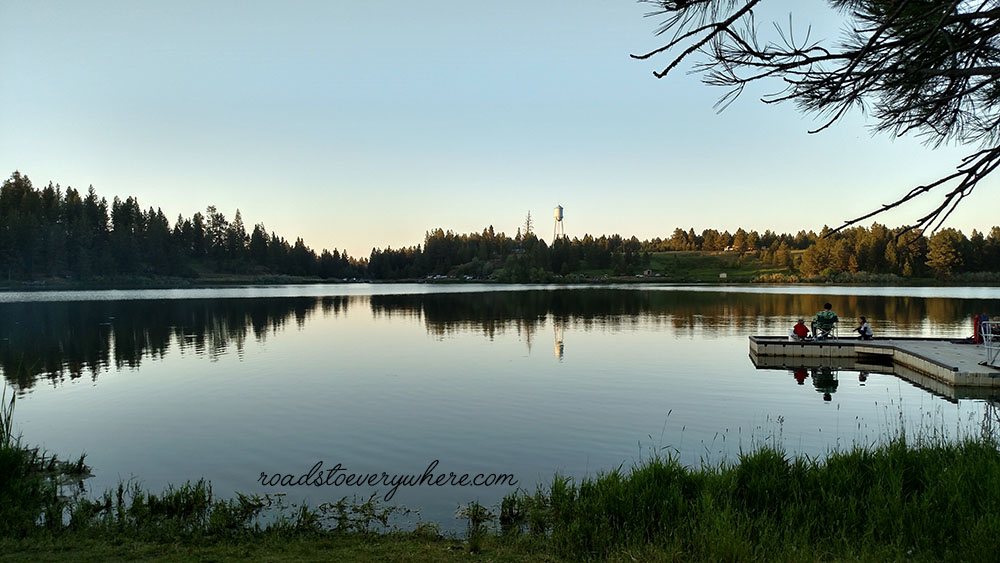 We are doing summer hard.

What? Can’t you tell how hard it is from that lazy lake picture?

Seriously, between a full work schedule and then fitting in as much play as possible, life is very busy. We’ve been camping and kayaking and 4-wheeling and… 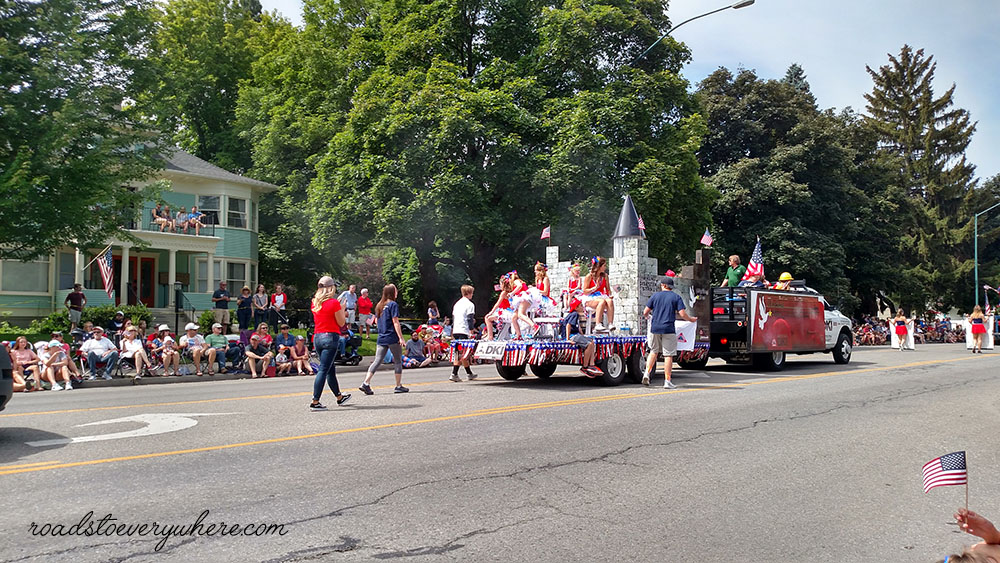 We hadn’t really planned on it, but after the Rathdrum Days parade tomorrow we will have attended four parades in 2-and-a-half weeks! How fun is that?

Tell me. Have you ever been to four parades in one summer? 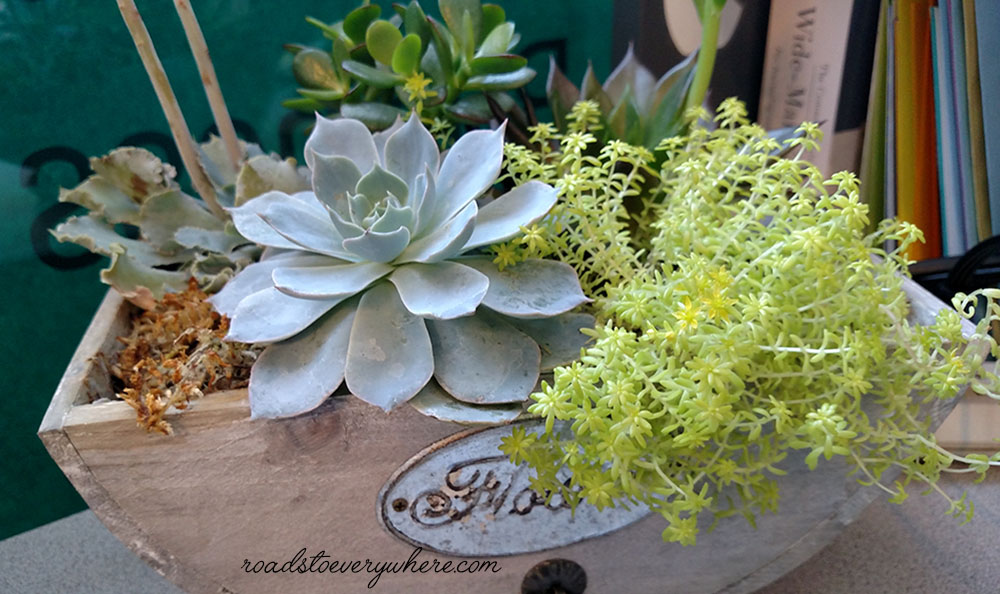 I attended a ribbon cutting for Hospice of North Idaho last week as an Ambassador for the Rathdrum Chamber of Commerce.

Guess who won the door prize of this lovely little succulent garden. 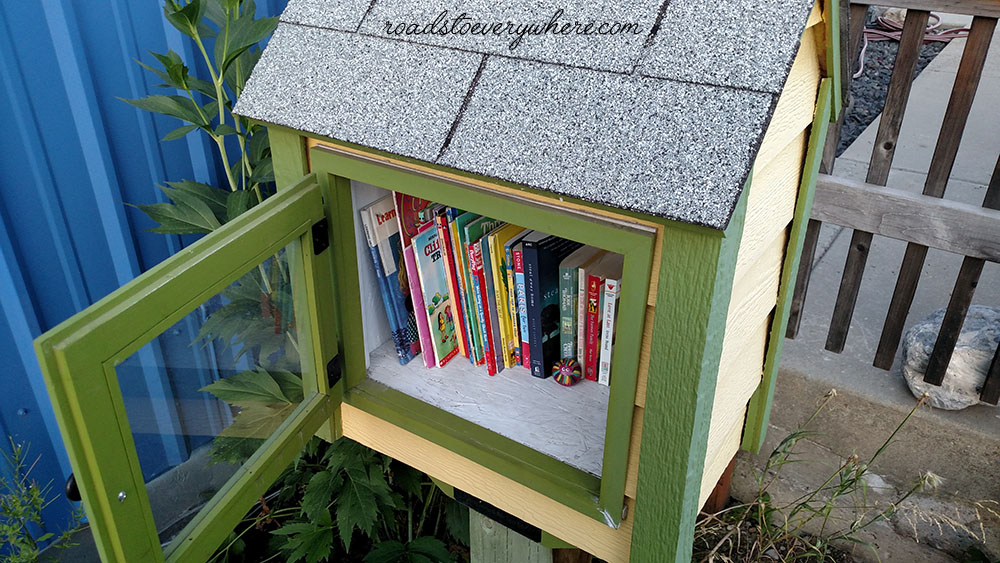 After multiple trips with stacks of books I finally got our Little Free Library well stocked. It’s in the Children’s Garden across the street so I keep a close eye on it.

I noticed yesterday that the Little Free Library in the City Park is getting low on books so I guess I need to work on stocking that one next.

(Can you see the little painted rock I found hiding in “our” LFL one day? I adopted him and took him home to live on my porch. Rebecca is working on some friends for him and I expect we’ll be releasing some into the wild eventually.)

Lyle took me on a Little Free Library hunt as a Sunday afternoon drive last weekend. Bless his heart.

I’ll have to tell you more about that later. I’m out of time for today.

Have a great weekend!