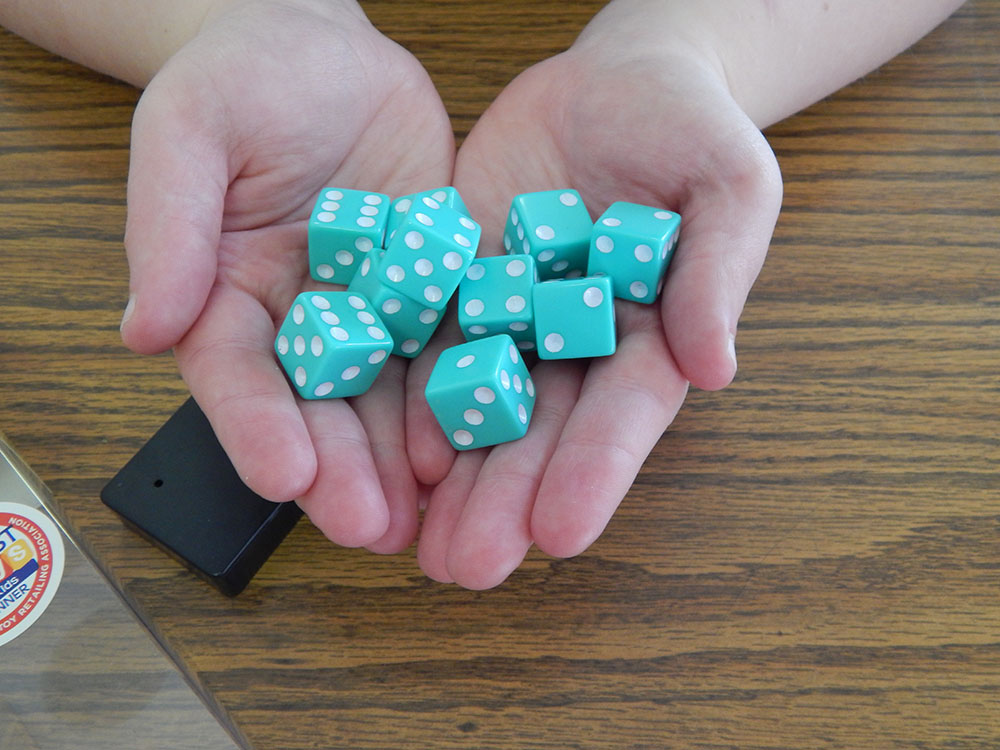 In the midst of our moves over the past few years, I’ve whittled down our table game collection to just our very favorites. We like to play games as a family when we’re camping and during the holidays. The girls play games with each other and with their friends on winter evenings. And so we enjoy a wide assortment of types of games. Some are skills based… and some are just for fun. Sometimes we play competitively and sometimes we play games just to laugh.

I was curious to see where Tenzi would fit in our game collection. We received it from Timberdoodle in exchange for our honest review. 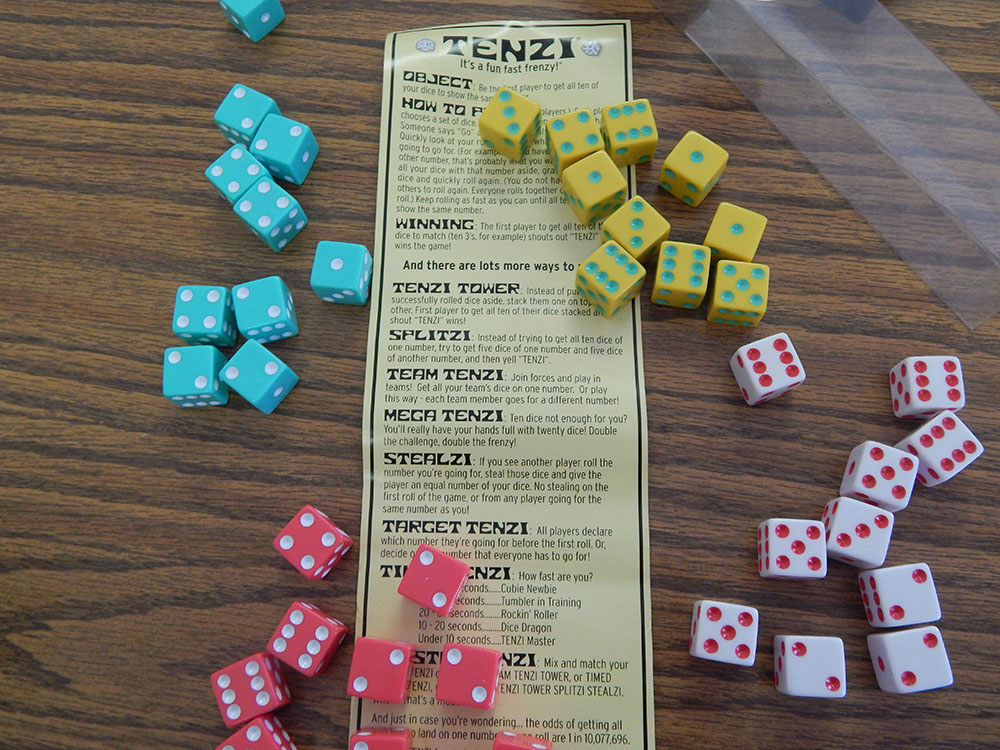 The first thing that appealed to me is that it’s a dice game. Compact. Perfect for taking along camping. It comes with four sets of 10 dice–thus the name–packed in a long tube. The rules of the game were rolled up in the tube as well.

The basic premise is that each player rolls one set of dice to achieve various goals. For example, you might be playing to roll all of one number. Using both hands you roll all 10 dice. You notice that you have three 5s, so you decide 5 will be your goal for this hand. Set aside the three you have, and roll the remaining  seven dice. Say you have two more 5s in that roll. Set those aside and roll the remaining five dice. Keep going until you have all 5s.

It’s a fast-paced game and all players are rolling at the same time, so there’s no down time waiting on others to take their turns. The rule sheet that comes with the game includes several variations to mix things up. Some of the variations are quite silly which is where the laughs come in. 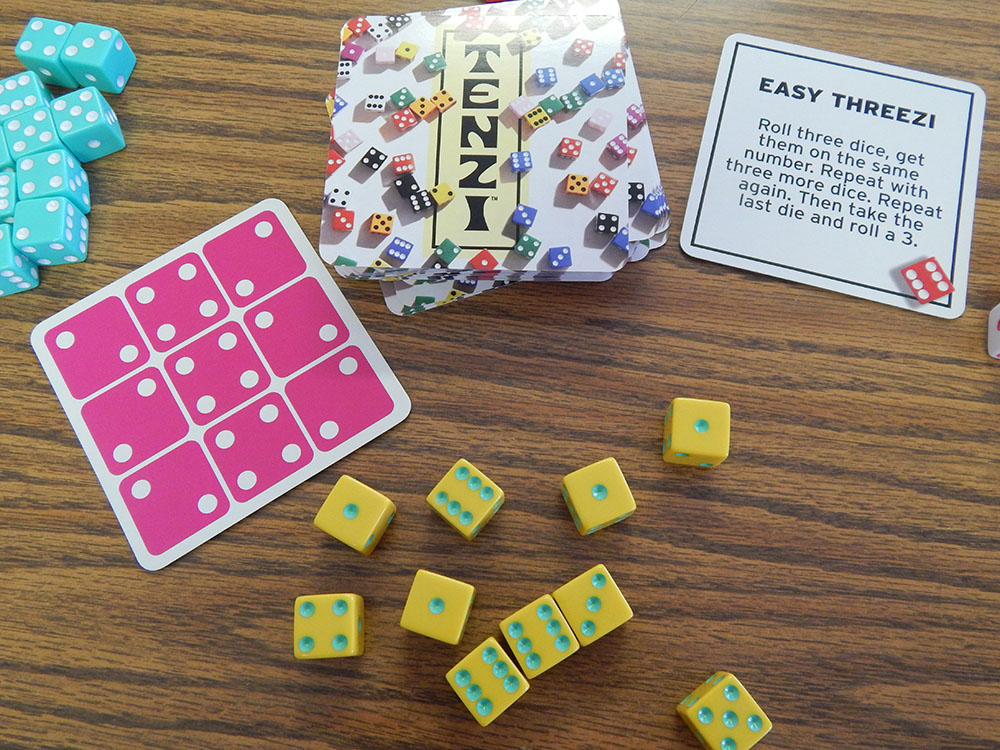 For even more ways to play, you could add on the expansion Tenzi Card Deck. We set the deck face down in the middle of the table and before each hand, we would flip the top card over to find out what the goal was for that hand. Our favorites are the patterns, where you roll to get the numbers shown and then arrange your dice in that specific pattern. The way we played it was whoever won the hand got to keep the card and after we had played through the deck whoever had the most cards was the winner.

You could easily use your imagination to come up with even more variations and house rules. There are even a few blank cards in the deck for that very purpose.

Lots of variation. Lots of laughs. And compact. Tenzi is definitely a keeper at our house.

The Tenzi dice come in a surprise assortment of colors. You never know what four colors might be included in the set you order, but every one I’ve seen has been bright and fun. I love the turquoise set that was in our game.

But you know what the best part is? Just the nature of playing with dice helps hone math skills. It’s a good way for Rebecca to get practice knowing at a glance how many dots are on one side of the dice not to mention reinforcement of the basic addition and subtraction facts.

Tenzi would make a great stocking stuffer for anyone over the recommended age of 7–including adults!