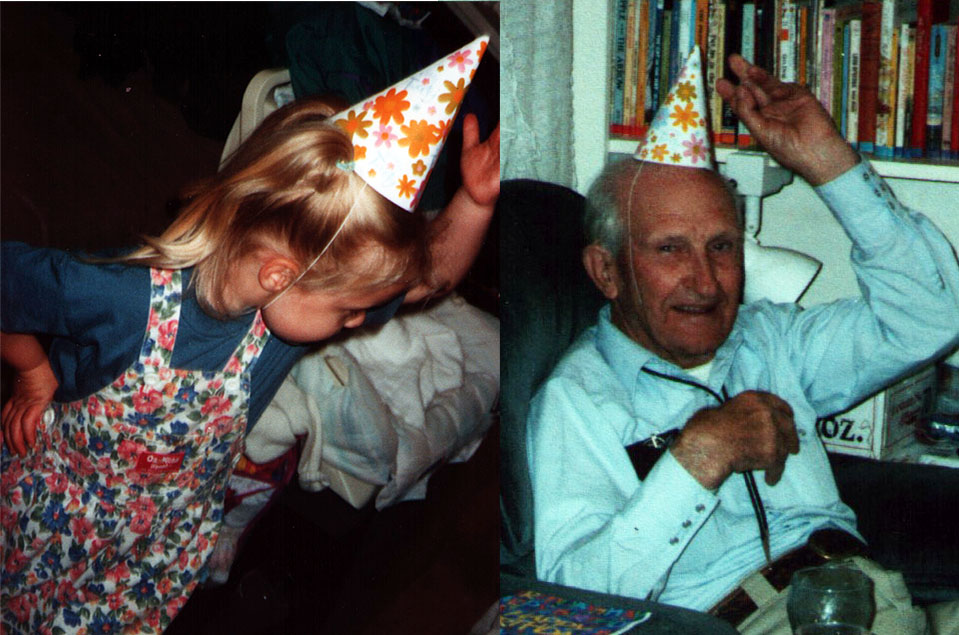 Rebecca is our official mail carrier. She (and her willing assistant, Cookie-the-dog) walk down the street every day to collect the mail from our mailbox and the print shop’s mailbox. When she gets back she sorts it into boxes on the shelf in my office… one for the shop, one for Dad, and one for Laura. Recently I added a box for Rebecca, too. Occasionally she’s not home and someone else picks up the mail. She enjoys exchanging snail mail letters with some of her friends in Colorado, so she sometimes gets mail.

The real reason I set up a box for her, though, was for potential visits from the birthday fairy.

Have you not heard of the birthday fairy? She’s related to the tooth fairy. She’s been visiting our house regularly for the past few days, leaving little gifts in Rebecca’s mailbox, because today is Rebecca’s birthday. The birthday fairy has already been by twice this morning and I expect she’ll pop in a few more times before the day is over. I’m not sure what the birthday fairy looks like, but I have a figurine of the tooth fairy in case you were wondering what she looks like.

I was just slightly baffled a number of years ago when Rebecca presented me with this scantily-clad fairy figurine for my birthday. Obviously, my sweet little girl thought it was a beautiful piece of brick-a-brack, but my mother had taken her shopping and I really thought Mother had better taste than that.

The first thought that went through my mind was, “Surely she didn’t mistake it for an angel?!” But it all became clear when Becky sweetly asked, “How you like your tooth fairy, Mommy?”

I don’t know why I didn’t recognize the tooth fairy immediately. Probably because I hadn’t seen her before. Not for lack of trying, though.

When I was growing up we didn’t put a lost tooth under our pillows for the tooth fairy to find. Instead Mother had us put it in a glass of water on the table. I don’t know if anyone else ever did it that way, or if that was something Mother came up with, but I’m sure it was to help serve as a reminder to the “tooth fairy” to not forget to trade the tooth for some loose change.

I remember I lost a tooth when I was in first grade while we lived in the trailer-house on Granddaddy’s property. I put my tooth in a glass of water on the table, and I  was determined to watch for the tooth fairy and see her when she came.

As I was carefully watching the glass with my tooth in it, one of my teenage uncles came in. When Mother explained that I was watching for the tooth fairy he said, “Oh! I saw the tooth fairy flying around outside. You better go outside and see if you see her out there.”

And would you believe? The tooth fairy took my tooth while I was outside! I never did see her. And mother and whichever uncle it was declared that they hadn’t seen her either! That tooth fairy. She’s a sneaky sort of character.

We are celebrating Rebecca’s birthday today, and remembering Granddaddy, as we always do on this date. She was born on his 80th birthday. They were able to celebrate their birthdays together in 1996, 1997, and 1999.

In looking through pictures I came across these two from their 4th and 84th birthday party. You know, of course, that when the birthday girl is four there have to be pointy hats at the party. So Granddaddy gamely put his on.

I don’t know why we didn’t get a picture of them together that year, but I thought it was interesting that I got a shot of both of them with their hand up around their hats like this.