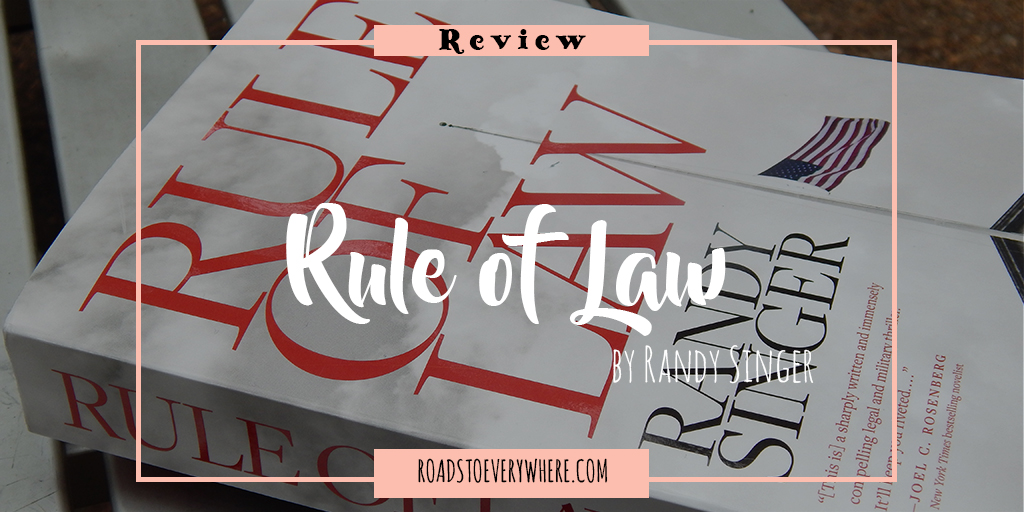 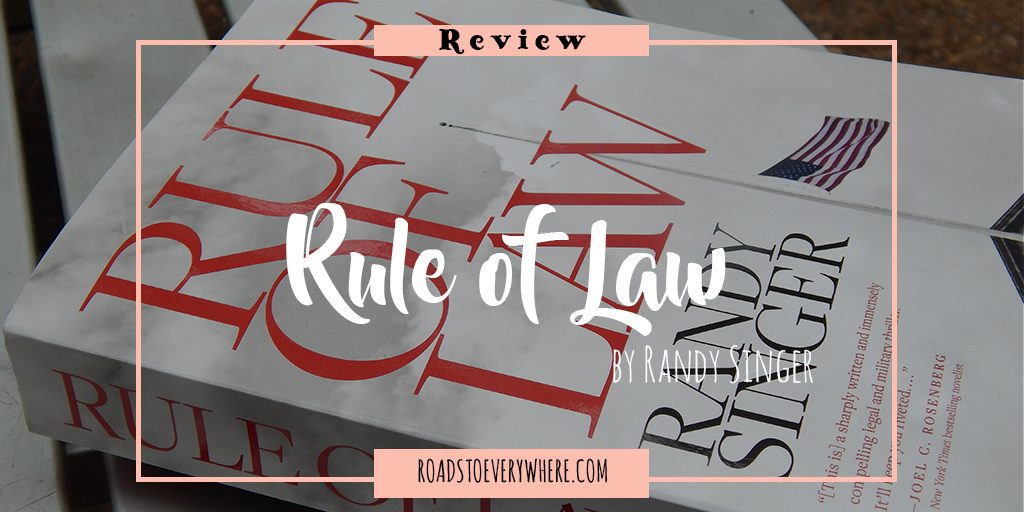 Typically I enjoy legal thrillers. I have read and enjoyed several titles by Randy Singer, so I was happy for the opportunity to review his new book, Rule of Law. I received a complimentary copy from LitFuse in exchange for my honest review. Here’s the publisher’s description–

What did the president know? And when did she know it?

For the members of SEAL Team Six, it was a rare mission ordered by the president, monitored in real time from the Situation Room. The Houthi rebels in Yemen had captured an American journalist and a member of the Saudi royal family. Their executions were scheduled for Easter Sunday. The SEAL team would break them out.

But when the mission results in spectacular failure, the finger-pointing goes all the way to the top.

Did the president play political games with the lives of U.S. service members?

Paige Chambers, a determined young lawyer, has a very personal reason for wanting to know the answer. The case she files will polarize the nation and test the resiliency of the Constitution. The stakes are huge, the alliances shaky, and she will be left to wonder if the saying on the Supreme Court building still holds true.

It makes a nice motto. But will it work when one of the most powerful people on the planet is also a defendant?

I had a hard time getting into this book. I think my main disappointment was that the “element of romance” died– literally– before it had much of a chance to develop. I did not expect this to be a romance novel. It’s not that genre at all. But somehow I couldn’t get past the grief part of the book to fully appreciate the intrigue/thriller part of the story line, which is really what the book is about. Also, I think I got bogged down in the politics. That being said, it was an interesting court case and I was intrigued to see how it turned out.

And I liked several of the characters. Here’s one of my favorite passages from the book:

Paige liked Kristen from the moment she met her. Kristen was a little shorter and frumpier than Paige had imagined she would be. The word on the street was that SEALs’ wives were all “government issue,” beautiful and athletic. But Kristen didn’t fit the mold. She was plain, easygoing, down-to-earth, and very welcoming of Paige.

Don’t you just love people like that? I do.

Another favorite character was a colorful lawyer who lived in an RV he called Court. His dog’s name was Clients. That way he could get his assistant to say he was “in Court” or “meeting with Clients!” Clever writing, huh?

If this sounds like a book you would enjoy, you can learn more and purchase a copy.