On our way to church we pass another church that has one of those changeable signs. They usually have some thought-provoking quote on it. Earlier this summer Lyle had remarked that their sign-changer must be on vacation because it had been awhile since the quote had changed. 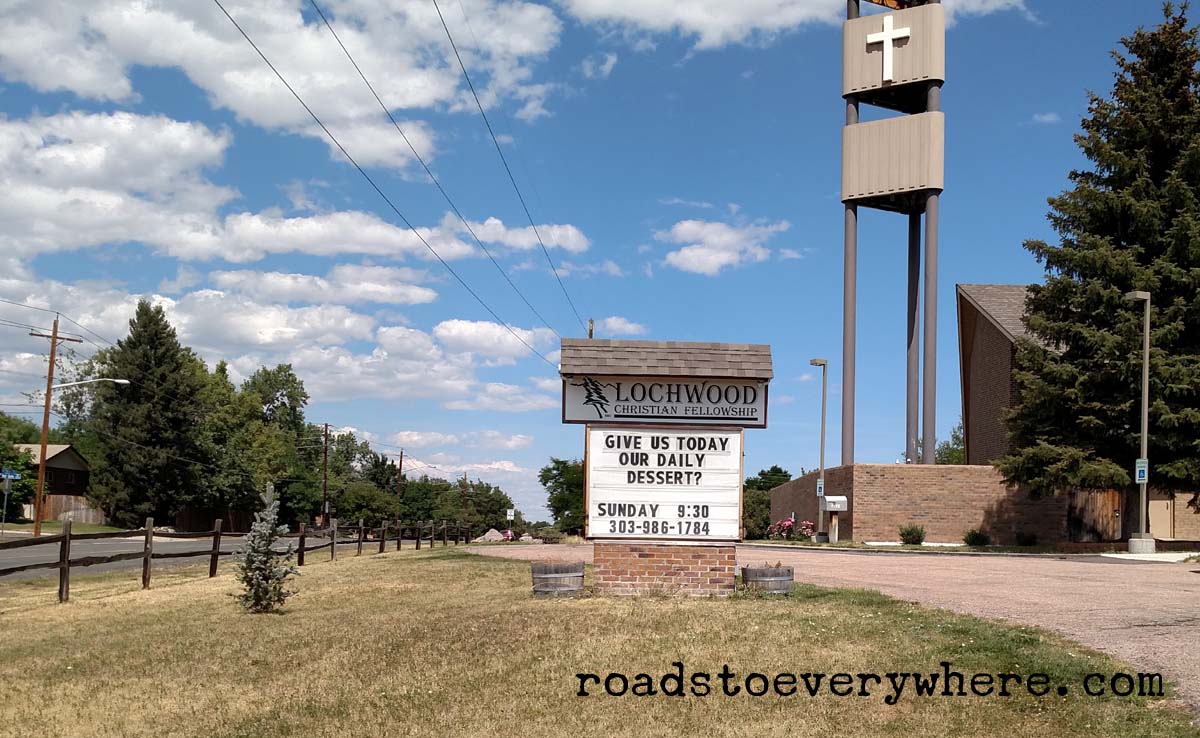 The very next Sunday as we were driving past I noticed it was a new quote. “Look!” I pointed out to Lyle. “It says, ‘Give us today our daily dessert?'”

“Well,” I said, “they did have a question mark at the end, like maybe they weren’t sure.”

“They need to read their Bible!” she declared.

Lyle and I smiled at her literal thinking… but you know what? She’s right. The Bible doesn’t say we get dessert every day. Just bread.

I remember when I was a little girl we didn’t have dessert every day. We usually only had dessert when we had company or on special occasions, like someone’s birthday. Sometimes Mother would open a jar of home-canned peaches and call that dessert. We didn’t know any better, and we enjoyed the treat.

I don’t know when things changed, but it seems like now we think we “need” a sweet at least once a day. We don’t. It’s not healthy for us to eat that way all the time.

I think it’s similar in our spiritual walk. We get so accustomed to the blessings God bestows on us every day of lives that we get to where we expect more. We aren’t content with daily bread anymore. We want dessert, too.

Not that I speak in respect of want: for I have learned, in whatsoever state I am, therewith to be content. Philippians 4:11