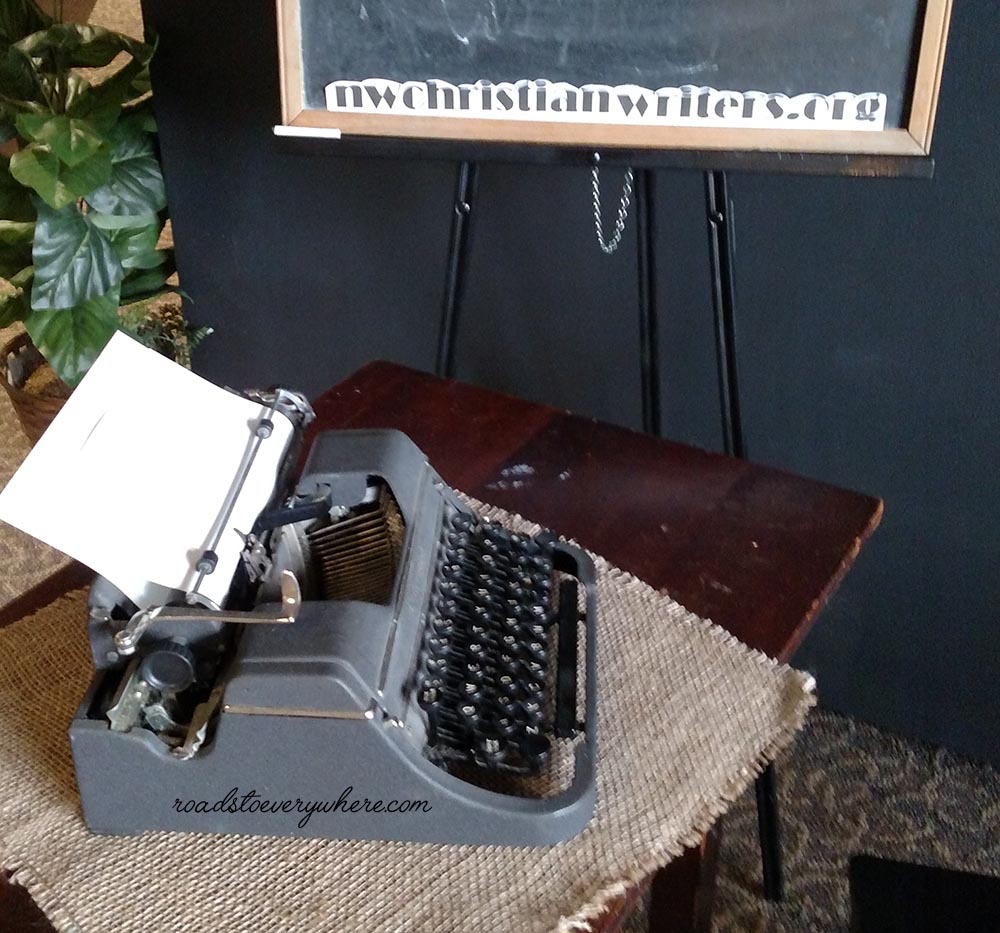 Six years ago I had the privilege of attending the Northwest Christian Writers’ conference with my friend Susan Marlow. That year I took the Greyhound bus over to Seattle, which was an adventure itself. I learned so much at the conference and enjoyed it thoroughly, but scheduling conflicts and other circumstances prohibited me from attending again.

Several months ago I told Lyle, “If time and finances allow, I would love to attend the writer’s conference again.” We have had so many weekend trips in the past few months I just wasn’t sure if we’d be able to get away again. Because Susan wasn’t at the other end to pick me up at the bus station this time, I did not care to try the bus thing again. And I knew Lyle would be happy to take me if he could get away. As the time approached, I realized that it wouldn’t work to go for both days (Friday and Saturday), but they did offer a Saturday-only price. So I checked the schedule to see what workshops were being offered that day. 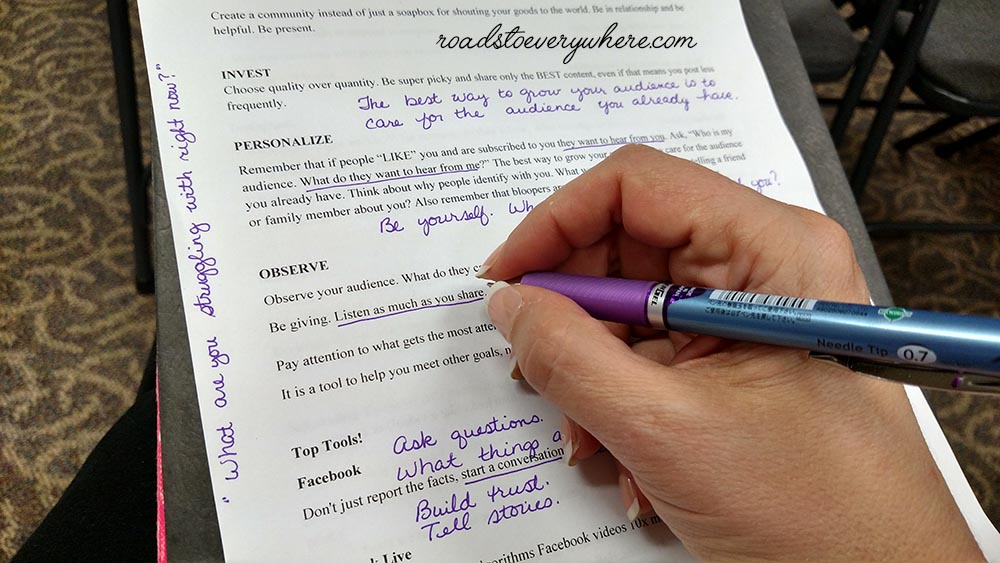 The two I was most interested in were “Painless Social Media for Authors” and “Using Your Life Themes to Write Powerful Fiction.” The presenter for both of those workshops was Tricia Goyer, an author I am familiar with. I have read a number of her books so was eager to meet and learn from her. I told Lyle I thought it would be worth going just for Saturday, and of course he agreed.

I’m so glad it worked out. Both classes were very helpful and Tricia is very friendly. I love meeting authors of books I like.

The other part I needed to hear was the closing general session with the keynote speaker, Bill Myers. The topic was “Steps in the Artist’s Call.” I found it so encouraging. Bill brought in examples from scripture of men who followed God’s call. He reminded us that it’s not usually easy… and it gets discouraging… and we will fail… but we just need to abide. That was such a good reminder.

The weather was lovely in Seattle for a change, so Lyle and I enjoyed just hanging out and relaxing once the conference was over. 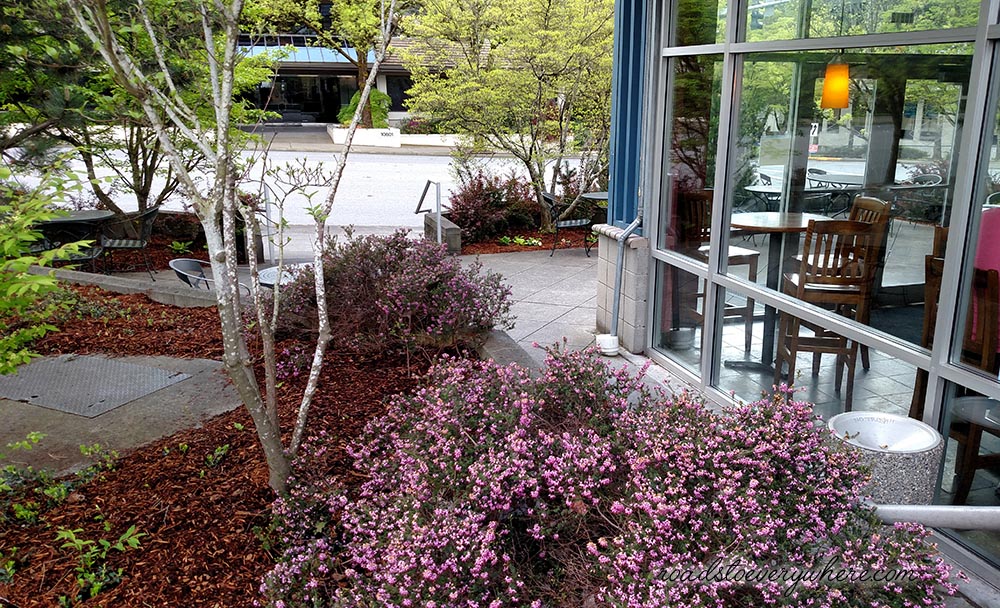 We went to Tully’s coffeeshop in Bellevue. I love the landscaping around the shop, especially with the spring flowers blooming. 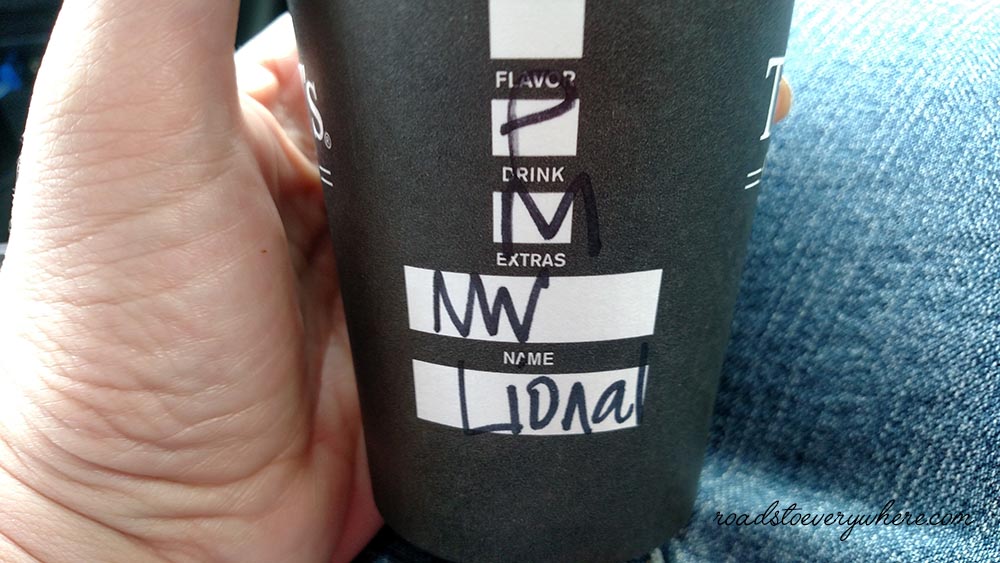 I noticed Lyle’s name looked a little off on his coffee cup. It’s not unusual for people to spell his name “Lial” but there seemed to be some extra letters this time. At first I thought it was L-I-D-upside-down-V?? That couldn’t be right.

After a little more squinting I finally decided it was “Lional”! #hisnameislyle

The other markings indicate his favorite hot drink: Peppermint Mocha, No Whip.

Me? I had a Triple Breve with Sugar-Free Caramel, Extra Hot. (Which, being interpreted means three shots of espresso with half-and-half and flavoring.)

And thus concluded our most recent adventure in the Big City.