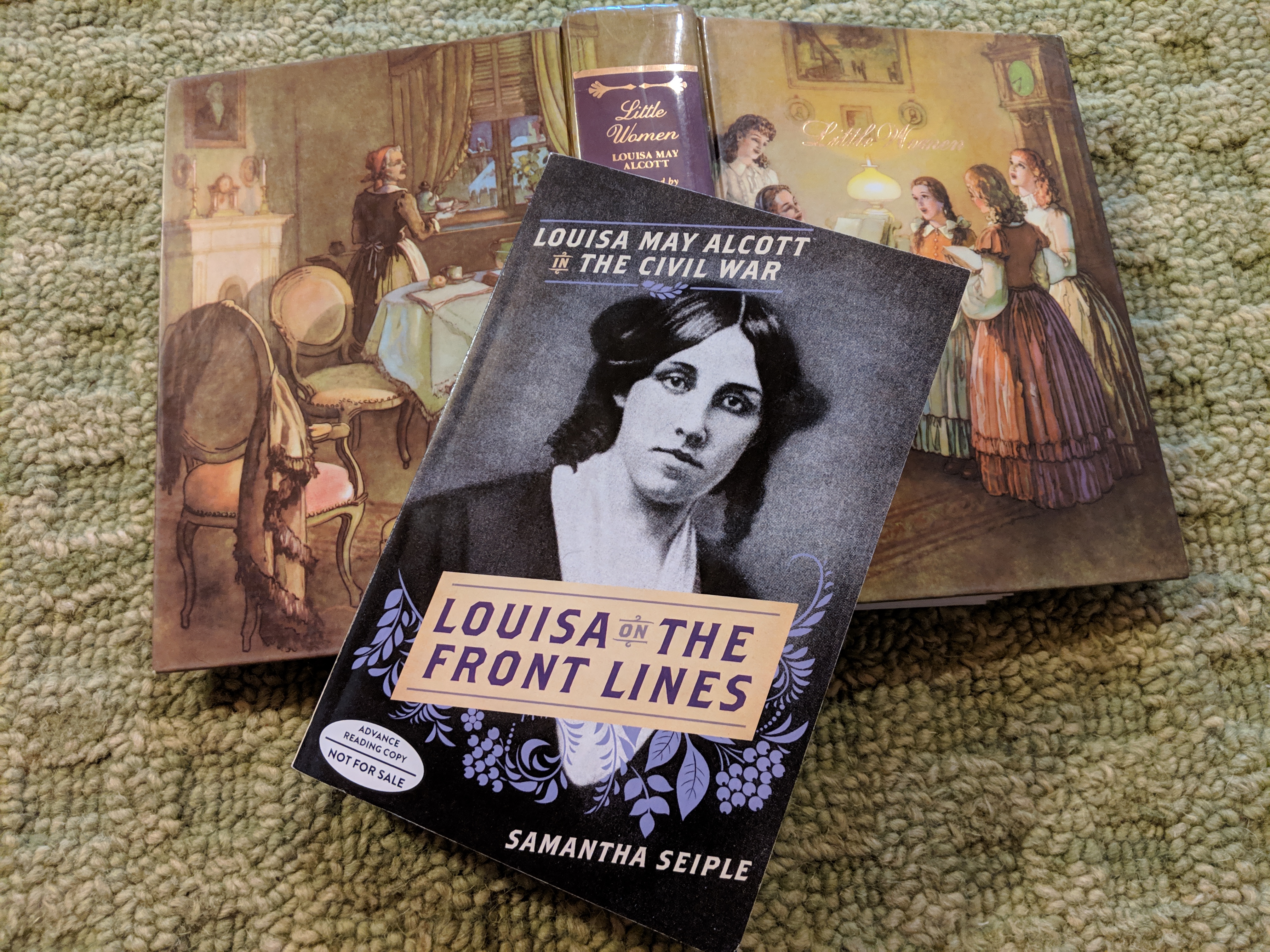 It’s been years since I’ve read Little Women. To be perfectly honest, it never was one of my favorite novels, though I really wanted to like it. I mean, Jo doesn’t end up with Laurie… and Beth dies… what kind of happily-ever-after romance story is that?

Three years ago, while we lived in Colorado, my friend Heather invited me to go with her to a college production of Little Women: The Musical. She said Little Women was her all-time favorite novel. I decided I must have missed something when I read it all those years ago.

We had a lovely evening at the play. I definitely enjoyed it more than I remembered enjoying the book. I decided I needed to re-read the book and others by Louisa May Alcott.

Side note: I love going to amateur live plays. Heather and I giggled at the girls in their hoop-skirts. When they would dance or twirl we could see their bare legs under their skirts, because the stage costumes didn’t include all the layers of petticoats girls would have actually worn in the Civil War era.

Louisa on the Front Lines

Obligatory disclosure: I received an Advanced Reading Copy of Louisa on the Front Lines for the purposes of review. Some links in this post are affiliate links to Amazon.

With my renewed interest in Louisa May Alcott I couldn’t pass up the opportunity to review Louisa on the Front Lines this past winter. I hadn’t realized that she was a Civil War nurse.

It turned out to be a fascinating biography with extensive excerpts from her journals and letters. I was appalled at the hospital conditions she described. I knew that antibiotics and other medications we take for granted today weren’t yet discovered at that time. However, I didn’t realize that they didn’t even know about the necessity of cleanliness and sanitation. It’s truly a wonder that anyone survived being in the hospital. Many didn’t.

Louisa herself almost died of typhoid, which she came down with after only six weeks of nursing. I wasn’t exactly sure what typhoid even is, but I learned that it’s a disease contracted from unsanitary conditions. If whatever-you-were-in-the-hospital-for didn’t kill you, typhoid probably would.

At first Louisa was determined to stay in the hospital until she was well enough to resume her nursing duties, but she was far too sick for that. Her father came and got her and took her home to recover, which took many months.

During her time as a nurse she wrote letters home which her family had published in the newspaper. Later those letters were collected in her first book, Hospital Sketches, and that was the beginning of her writing career.

I’ve shared with you a couple of the tattered old books I found at a local thrift store last summer. (Tennyson and The Shepherd of the Hills.) Another one was Under the Lilacs by Louisa May Alcott.

Isn’t that brightly covered dust-jacket utterly charming? I wonder what “Complete Authorized Edition” signifies. Were there editions that were incomplete and unauthorized?

I have not yet read Under the Lilacs, but if you’re interested, it’s in the public domain so the e-book is available for free.

Then last week I found this pretty little edition of Kate’s Choice in the used book store at our public library. It’s a collection of short stories that Louisa wrote for a girl’s magazine.

It was a quick read and I wasn’t very impressed. The stories were saccharinely sweet and very moral, which was typical for children’s literature at the time. It did make me appreciate the not-so-predictable plot of Little Women more.

Louisa May Alcott wrote a number of novels and short stories. Ones I remember reading are:

Which of Louisa May Alcott’s books have you read? I’d like to know!