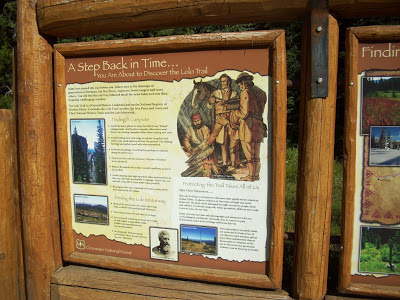 This past weekend we took “a step back in time” and traveled the Lolo Motorway which follows one of the most difficult parts of the Lewis and Clark trail. “Motorway” makes it sound like a super highway or something, doesn’t it? Um. It’s not. It’s a very rough 75-mile long dirt road. I guess back in the ’30s when the old Indian trail was widened into a road suitable for automobile travel that’s what roads were called. If you could drive your Model T on it, then it was a motorway.

We began our journey on Friday evening by driving east on I-90 to Montana. Our student driver was behind the wheel for this leg of the trip. It was just a little hairy for her over Lookout Pass with some road construction and Friday evening traffic on an already twisty part of the Interstate, but she did very well. 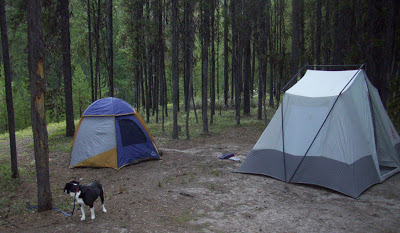 In Missoula we turned southwest to head back into Idaho toward the Lolo Pass. We didn’t bring our trailer this time, for obvious reasons. We tent-camped on Friday night in the forest just a few miles before the turn-off for the Motorway. 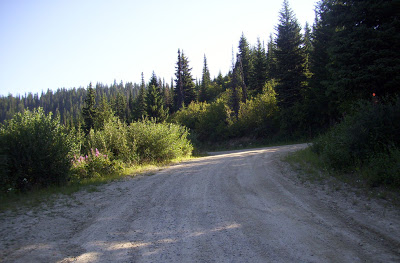 Saturday was a beautiful day for a drive in the mountains. It was 41 degrees, clear and sunny, as we left the campground. Starting out, the road was relatively wide and smooth. 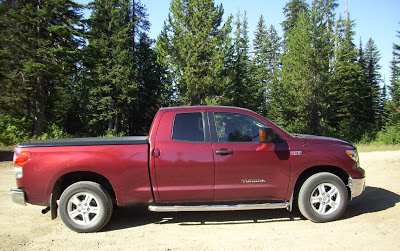 Our new-to-us Toyota Tundra was all clean and shiny early in the day. It didn’t stay that way for long. 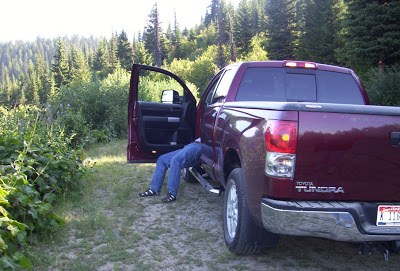 We didn’t get very far before we had to stop to fix a rattle. Really? We’re going to be driving on a dirt road all day and there is one rattle that bugs you? Okay, then. We were all very happy that he found the loose wire and was able to “fix” the rattle so it wouldn’t be bugging him the rest of the day. 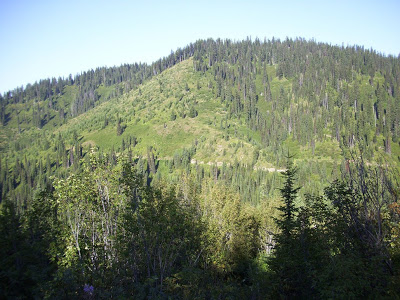 In some places we could see across the valley to the next mountain where the road continued on.

Since we had read how Lewis and Clark nearly died in the deep snow in these very mountains in mid-September, it was hard for us to imagine winter coming on so quickly in less than a month. Though it was pleasantly cool (in the 60s and low 70s) throughout the day, there were late-summer wildflowers in abundance and no signs of frost. 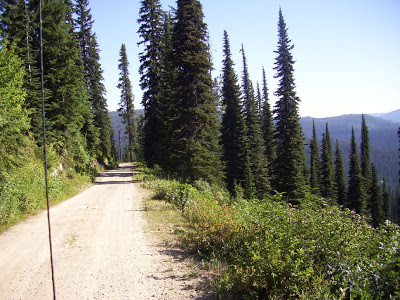 Most of the route the road was pretty narrow. On the rare occasion that we met another vehicle, one would have to pull over  into the brush to let the other pass. 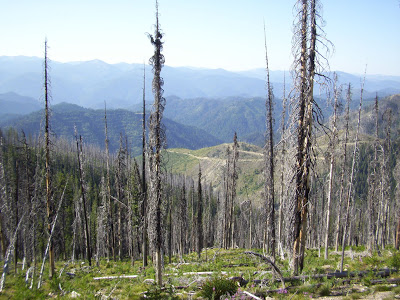 One section of the forest was burned out. We remembered bad fires in this area several  years ago, but couldn’t recall just how long ago it was. Maybe 3-5 years based on the size of the little new trees? 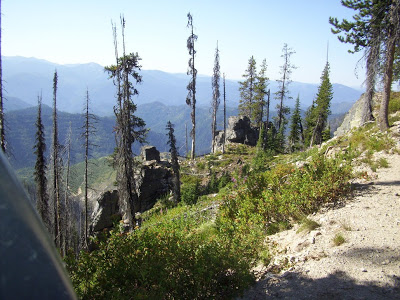 Interesting rock formations added to the beauty around us. 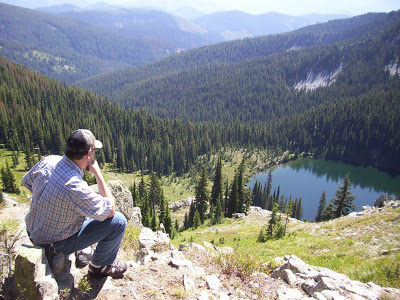 A sparkling lake which was much further down the mountain than it seemed at first glance. R was pretty sure she’d be able to throw a rock into the lake. So Lyle and the kids had a little contest to see who could throw a rock the furthest. Daddy won, of course, but none of them came anywhere close to hitting the lake. 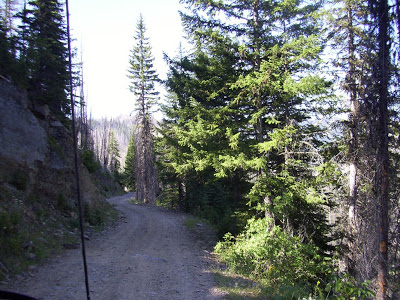 In places the road was very rough, rocky and steep. (I failed to get pictures of some of the worst places.) We were glad we hadn’t attempted it in the car. 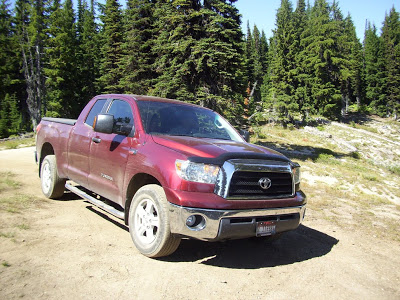 By the end of the day, the truck was covered in dust. We felt a little like that ourselves after 9 hours on the Motorway. Yes, it really did take us 9 hours to travel 75 miles! As we came down out of the mountains the temperature climbed into the ’90s. 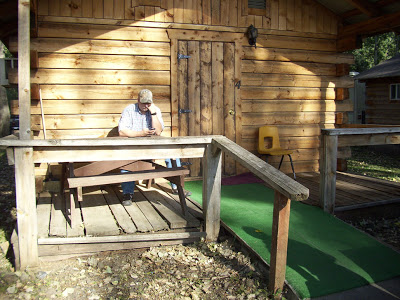 Rather than tent-camping again we had made reservations to stay in a cabin Saturday night, so we could take showers and be ready to go to church Sunday morning with our dear friends who pastor in central Idaho.

It was a lovely weekend!