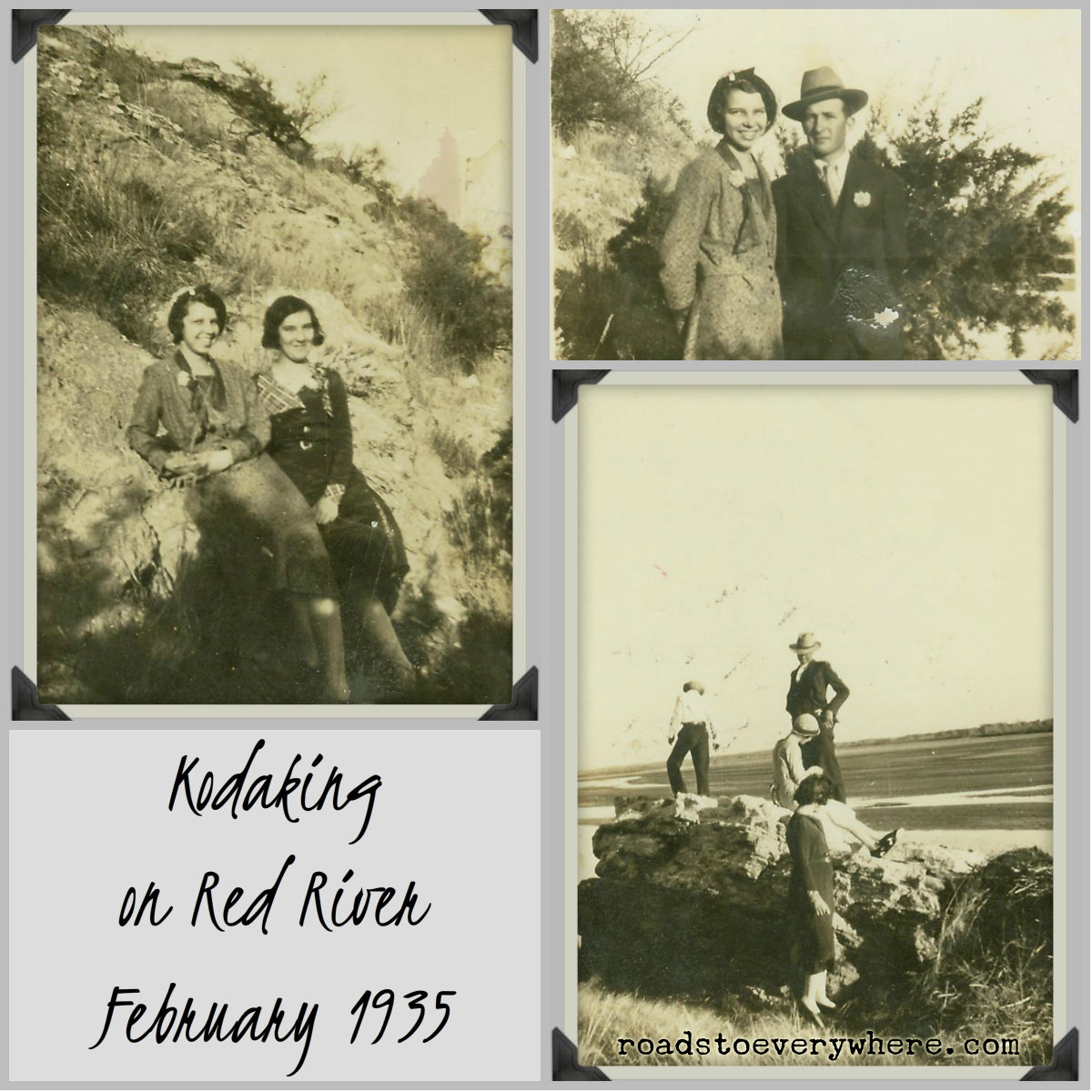 It’s interesting to me how certain words that start off as nouns become verbs. For instance, we often talk about “googling” something, which means, of course, using the Google search engine to find it.

Did you know “kodaking” used to be a verb? Obviously, Kodak is a brand of camera, so kodaking meant “taking pictures.” I came across this term in my Grandmother’s diary from when she was a teenager.

February 3, 1935. To Sunday School again. 6 in class. Home with Thelma. Very good time. Went kodaking on river up to the cedars. Pretty!! Came home on motorcycle at 8:30. Preaching day.

My grandparents’ families lived in the same community in southwest Oklahoma when they were teenagers. Grandmother was a senior in high school in 1935. Granddaddy had graduated a couple years earlier. They dated for several years and were married in December 1936. So this diary entry was from their courtship years.

The church in their community had Sunday School every week, but they only had preaching occasionally as they didn’t have a regular pastor. I can’t remember if the preacher came every other week or once a month. Something like that. Apparently this particular Sunday was a preaching day.

Grandmother mentions going home with Thelma. That was her future sister-in-law, Granddaddy’s older sister. Presumably Granddaddy would have been there, too, but I guess it was more proper to say she was going home with her girlfriend, rather than her boyfriend. I’m sure they all hung out together. Great-aunt Thelma’s “boyfriend” (and future husband) was Grandmother’s older brother, so they often double-dated. 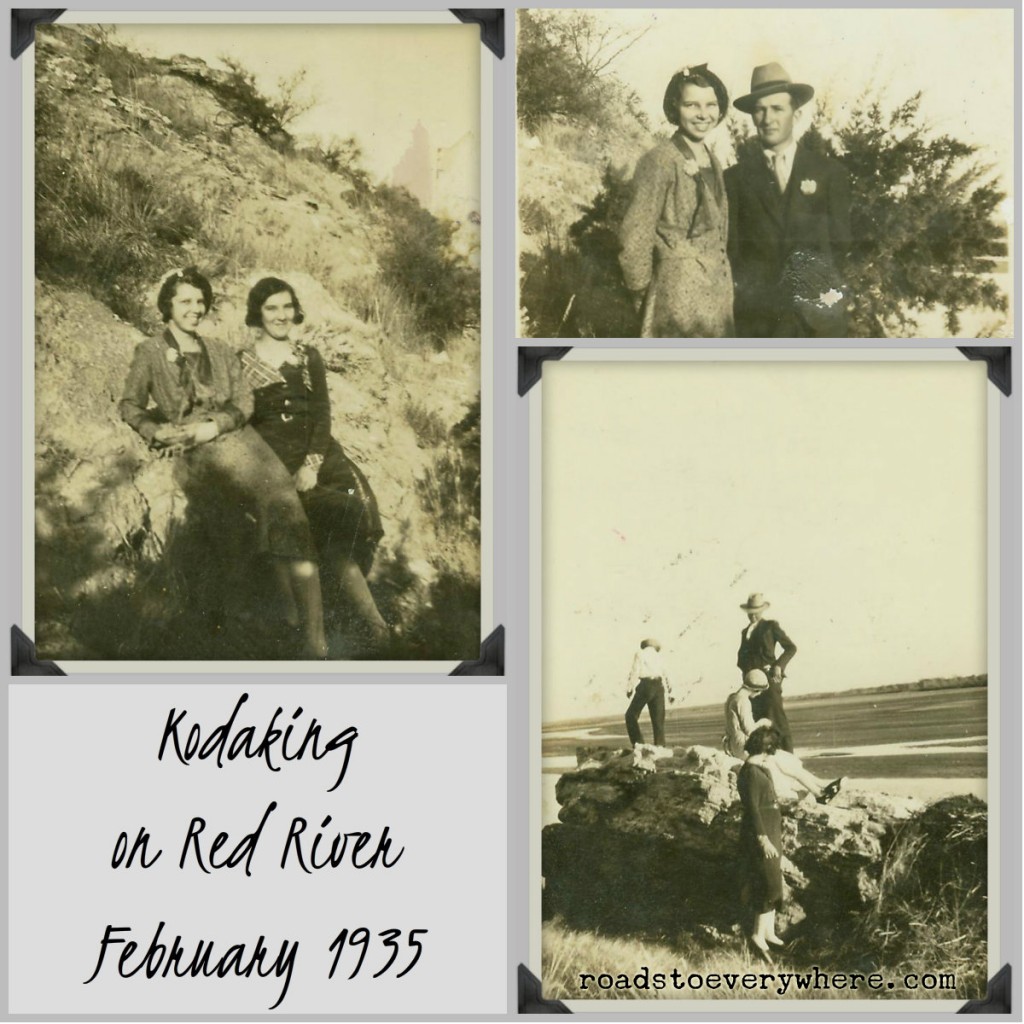 After dinner they went to the river for their kodaking session. The Red River is just a few miles from where they lived. The few times I’ve been to the area the river has mostly been dried up with just a few puddles in the river bed here and there. I can’t imagine it was much different, except possibly even drier, during the years of the Great Depression. It must have been a fun destination for a Sunday afternoon outing. I don’t know who the “Kodak” belonged to, but I would guess it was a Brownie box camera as that was the common-use camera of that time. I expect the pictures above were the result of the kodaking that day.

The “motorcycle” was a 4-cylinder Indian motorcycle which belonged to Grandmother’s brother. Granddaddy told me he borrowed it in 1936 to go down to Texas to work for his uncle for a few months. Here’s a “Kodak” of Grandmother and two of her friends posing on the motorcycle. 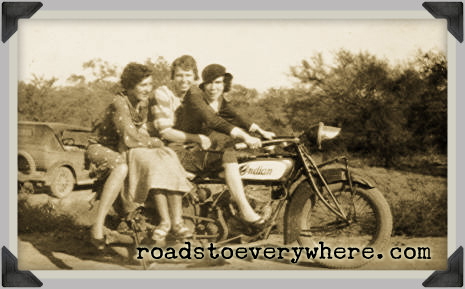 Can’t you just see a bunch of girls taking similar selfies and posting them on Instagram these days?