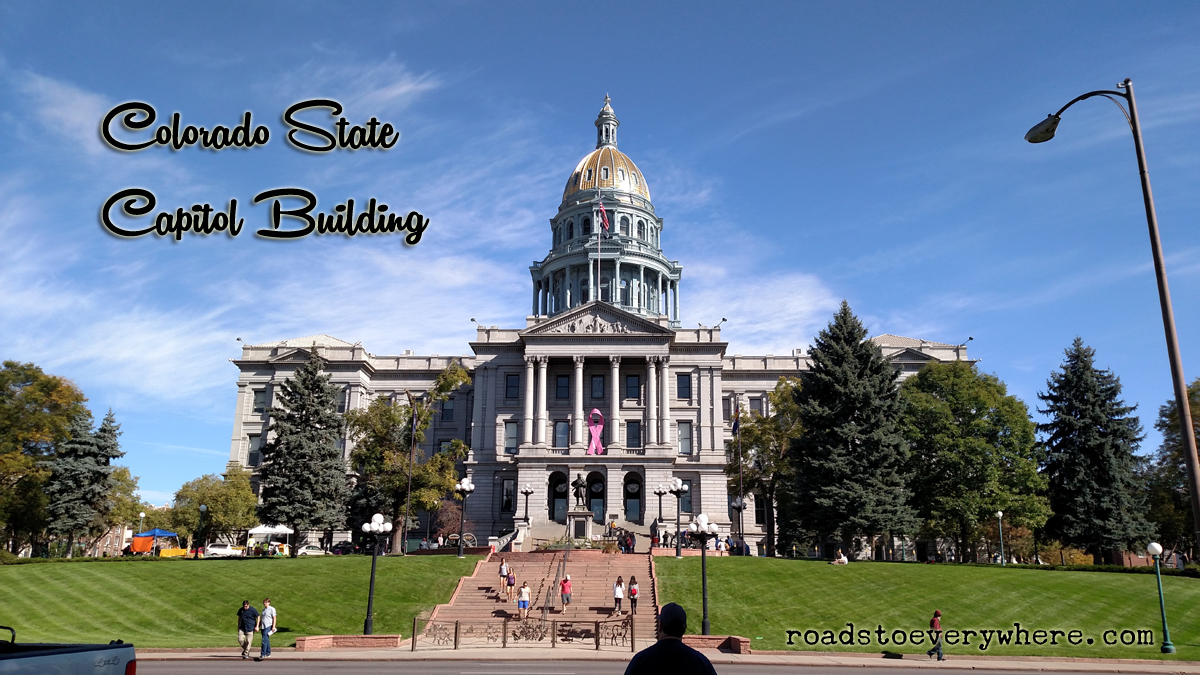 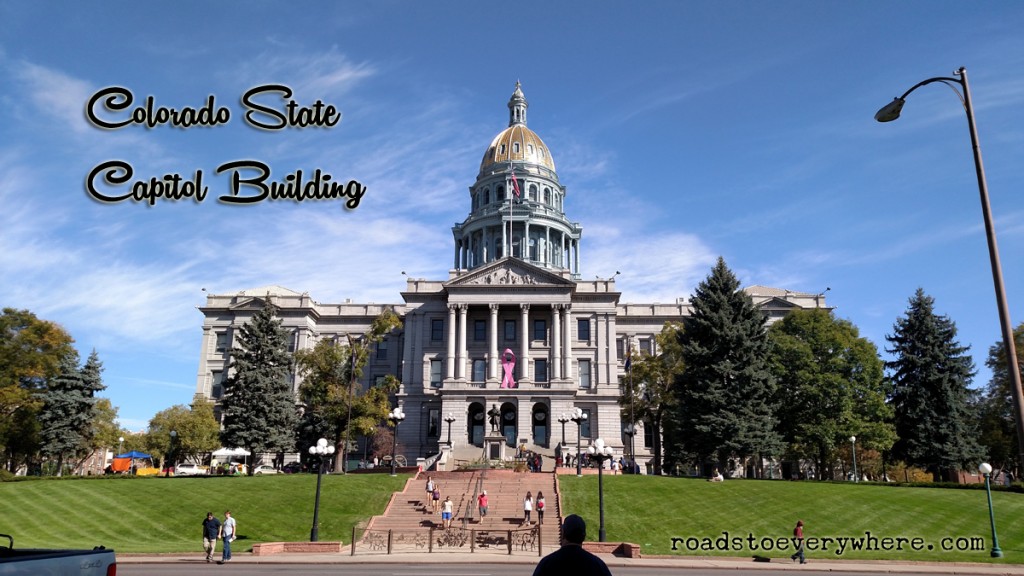 Most of our adventures take place on the open road or out in the wilderness. While we live in the city, we try to get out of the city and away from the crowds as often as we can. This past weekend was the exception to the rule. The company Lyle works for planned a fun family day in downtown Denver for their annual company party. And while it’s definitely not something I would want to do every weekend, we did have a great time. 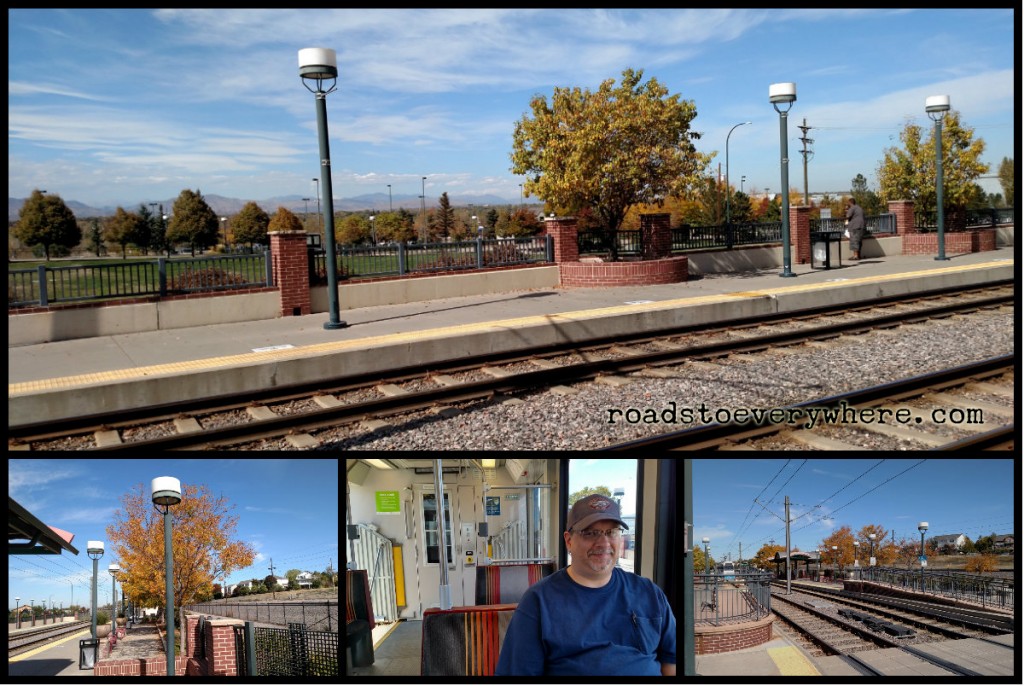 We drove about 5 miles to the closest light rail station to take the train on into the city. We’ve found this is much more convenient than trying to find parking downtown. Plus it’s fun. It just added to the adventure.

It was a beautiful day to be out and about. The weather was perfect. The only drawback, which we noticed before we ever boarded the train, was that the city had apparently been invaded by zombies. Seriously. They were everywhere. I deliberately did not take pictures of them because I couldn’t stand looking at them. It was the day of some big “zombie” event downtown, so about every other person we saw had on hideous makeup and blood-spattered clothes. I’m sorry, but I don’t understand the appeal of that. At all. We just tried to ignore them. 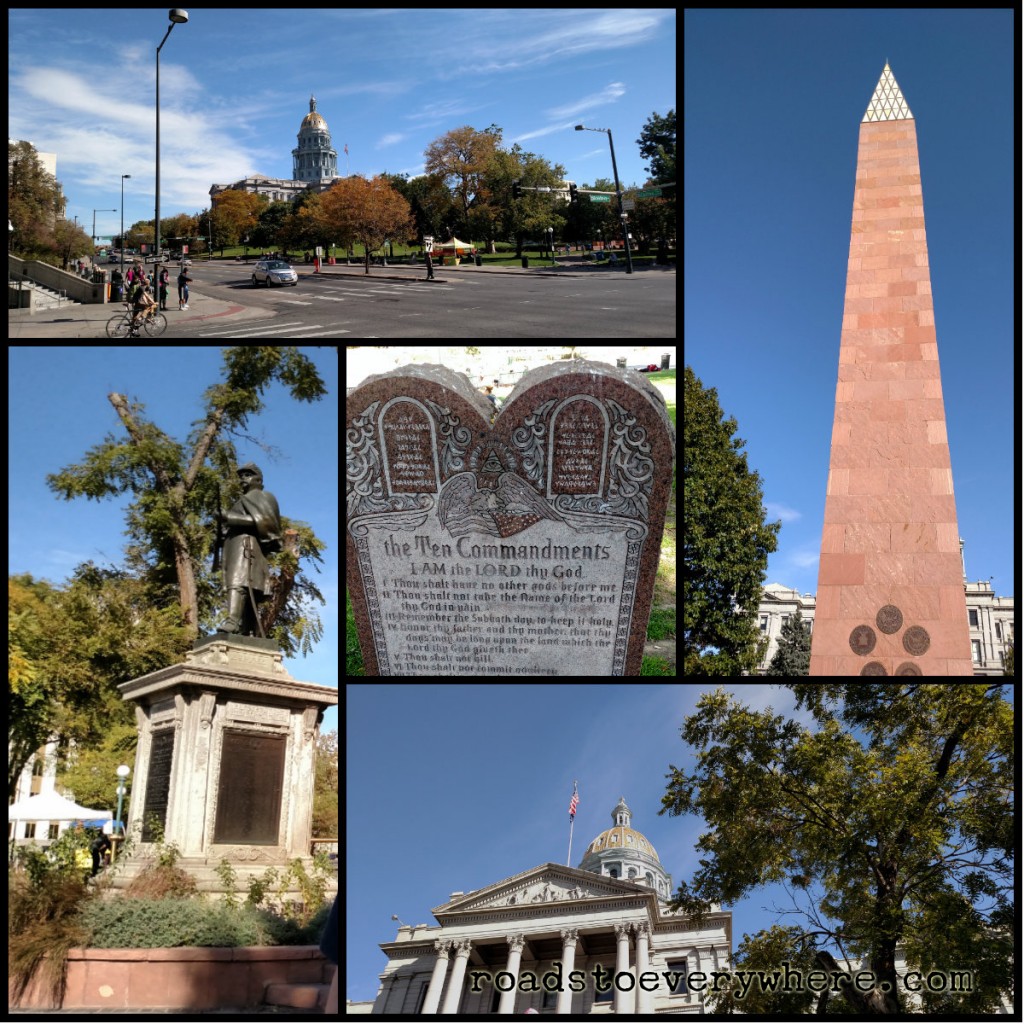 Our adventure began on the steps of the Colorado capitol building. The first part of the outing was an Urban Adventure Quest. Our group divided up into two teams. Each team downloaded the game app to one of their phones, and we worked together to solve clues and follow a scavenger hunt all over downtown. It’s a pretty cool game designed to help you learn more about the city and notice things you maybe hadn’t seen before. 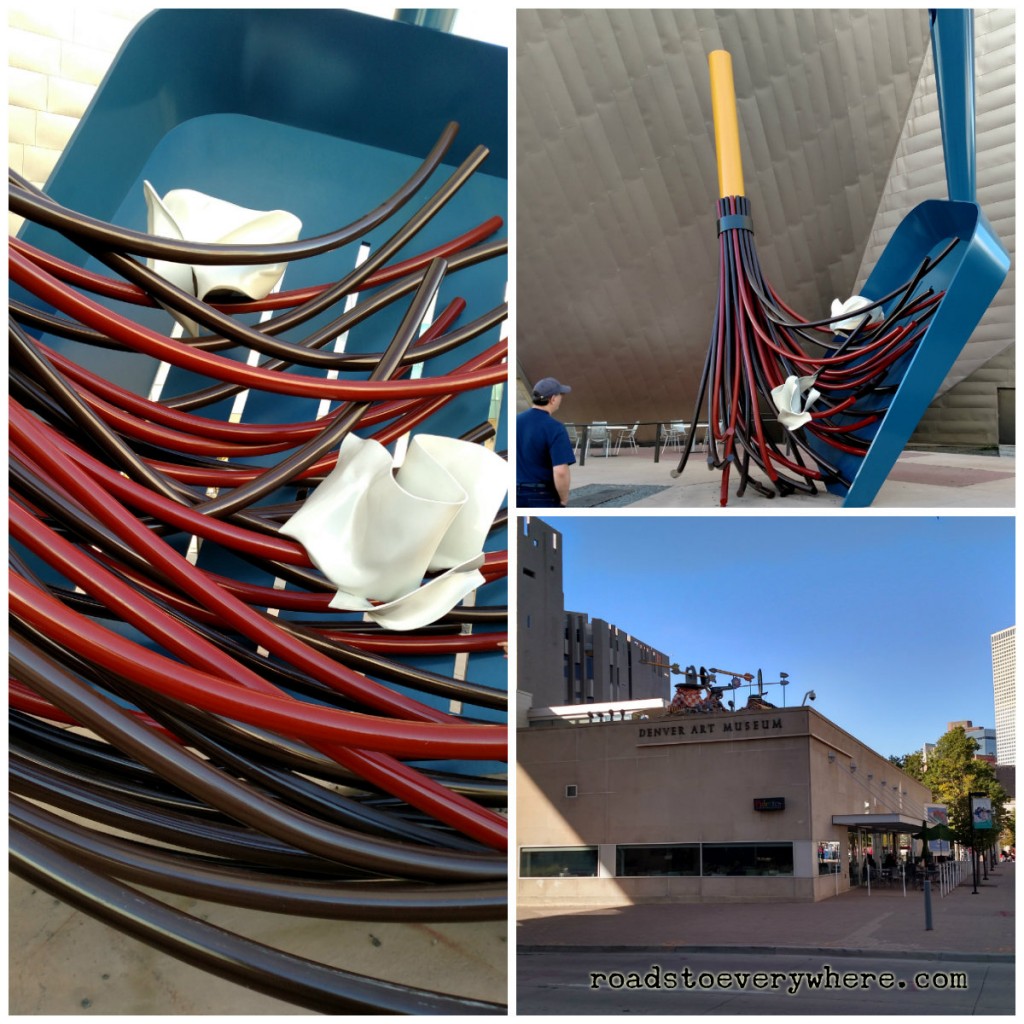 From the capitol building we went over to the Denver Art Museum. One of the clues in the game required counting the strands in what Lyle called the “noodle sculpture.” We were supposed to subtract the number of red strands from the number of brown strands and then add the number of arrows from the cowboy sculpture on the roof across the street.

You probably noticed that the “noodle sculpture” is actually a broom and dustpan. Much larger than life. Lyle was too close to it to see what it actually represented.

Later, our adventure quest took us several blocks toward Union Station where we were to eat dinner. We were detoured a little bit due to zombie activities, but we eventually did end up at our destination.

As we waited for our tables we noticed several people clustered on benches suspiciously hiding behind newspapers. As we watched, they practiced turning the papers around to spell out “Will you marry me?” The five people in the middle of my picture were holding MARRY and the two down on the end were holding ME. (I didn’t get the groups for the other words in my picture.)

The prospective bride and groom had not yet arrived, but the photographer was staging it and having the participants practice. We overheard someone say that the couple was hunting parking. We went on in the restaurant before they arrived, so we never did find out if she accepted his proposal. 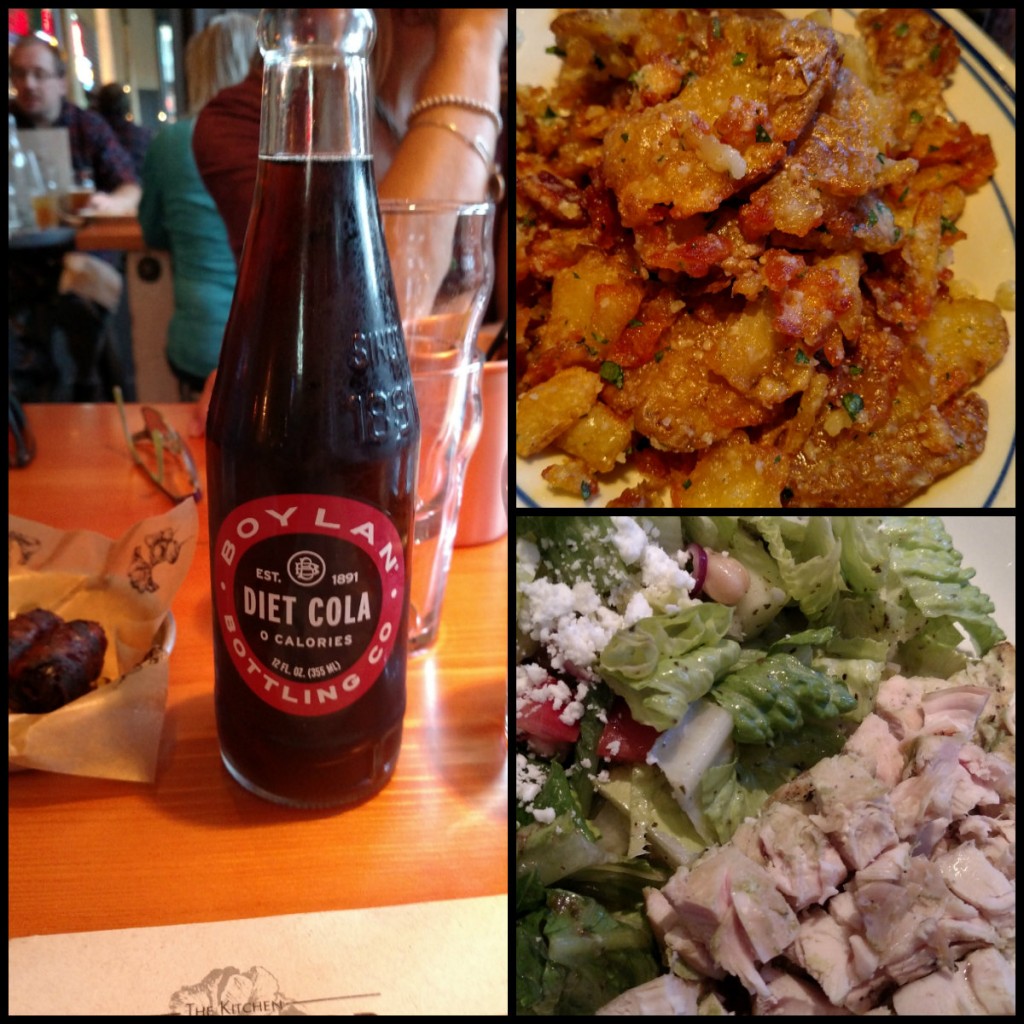 We ate at The Kitchen Next Door at Union Station. We  got to try some new-to-us appetizers such as bacon-wrapped dates, crispy garlic smashers, and kale chips. Lyle didn’t care for the dates, but we both thought the kale chips were pretty good. I had a greek salad for my entree, and Lyle had a reg’lar ol’ cheeseburger. 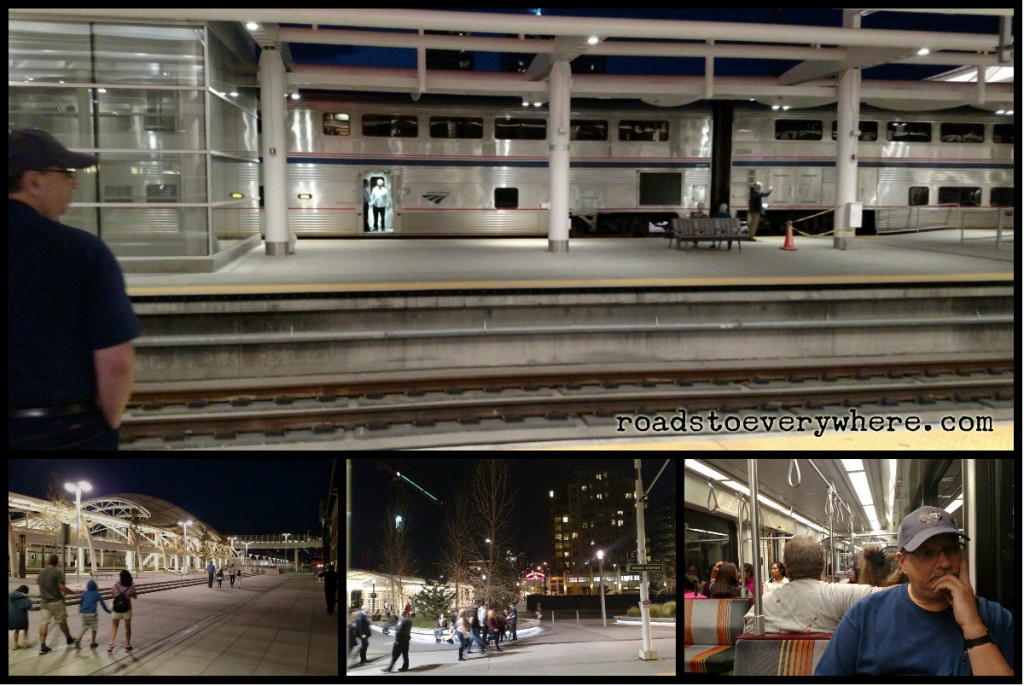 Then it was time to go home. We cut through Union Station and stopped to watch the Amtrak train board for a few minutes before we went on out through the other end of the building to catch the light rail back to where we had parked. And I tried not to look at the zombies.