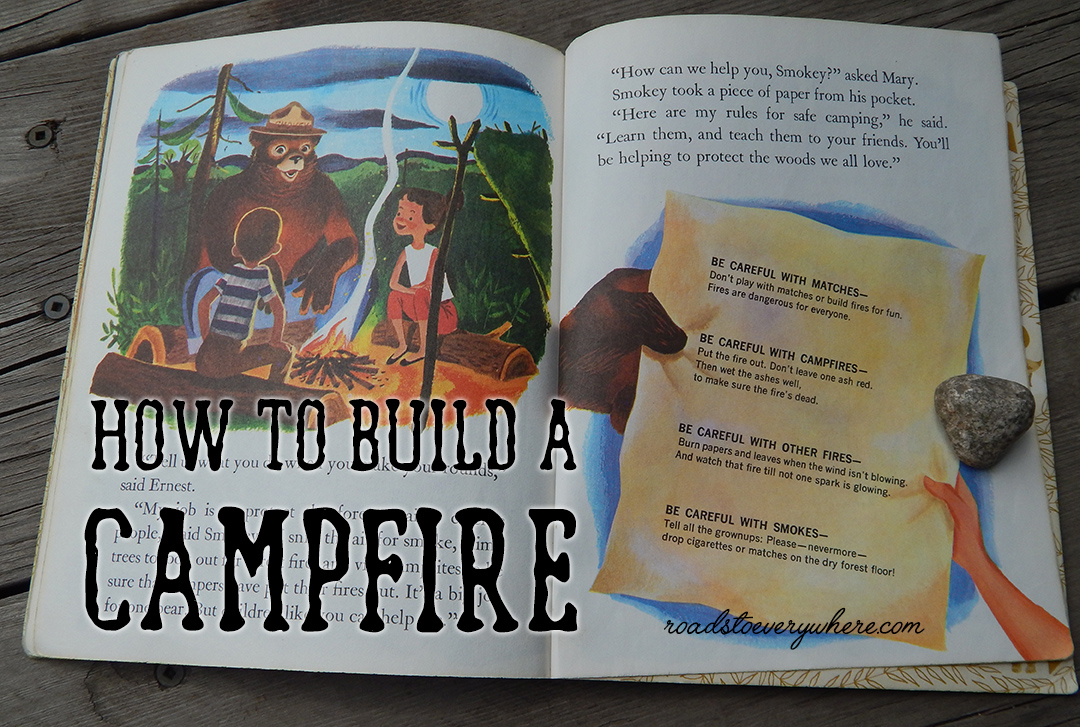 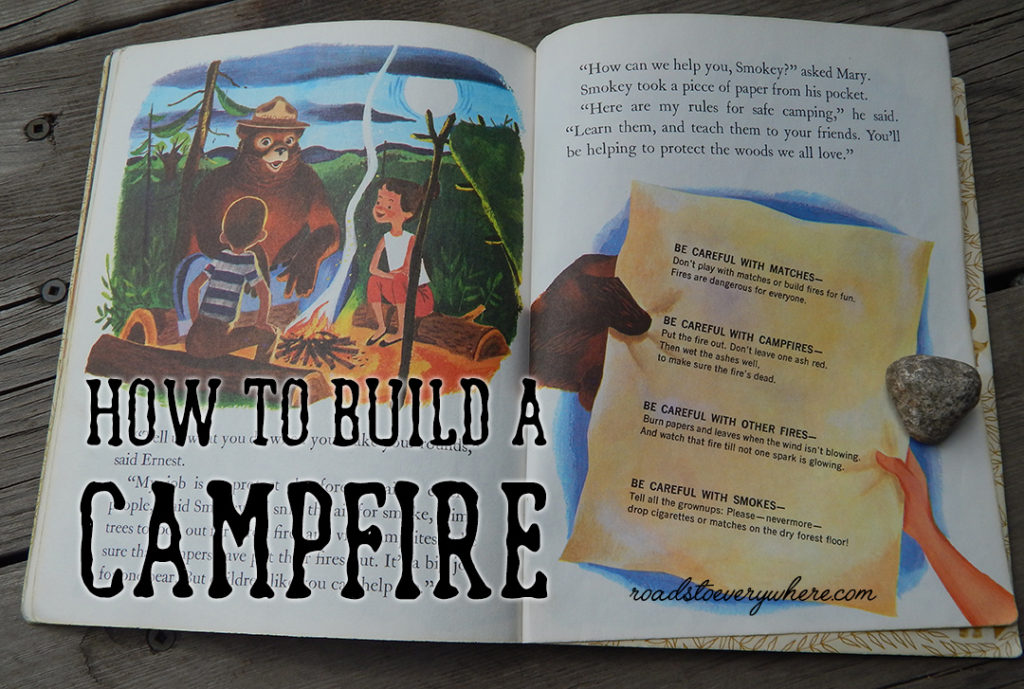 Last June I wrote a series of articles on Camping for Beginners. As I watched Lyle building the fire on our last camping trip I thought a campfire tutorial might be good to add to the series.

Lyle starts with several sheets of newspaper which he wads into balls. I didn’t get a picture of that stage of the process, but I expect you can figure that part out without a visual.

He arranges them in the bottom of the fire pit all bunched together. 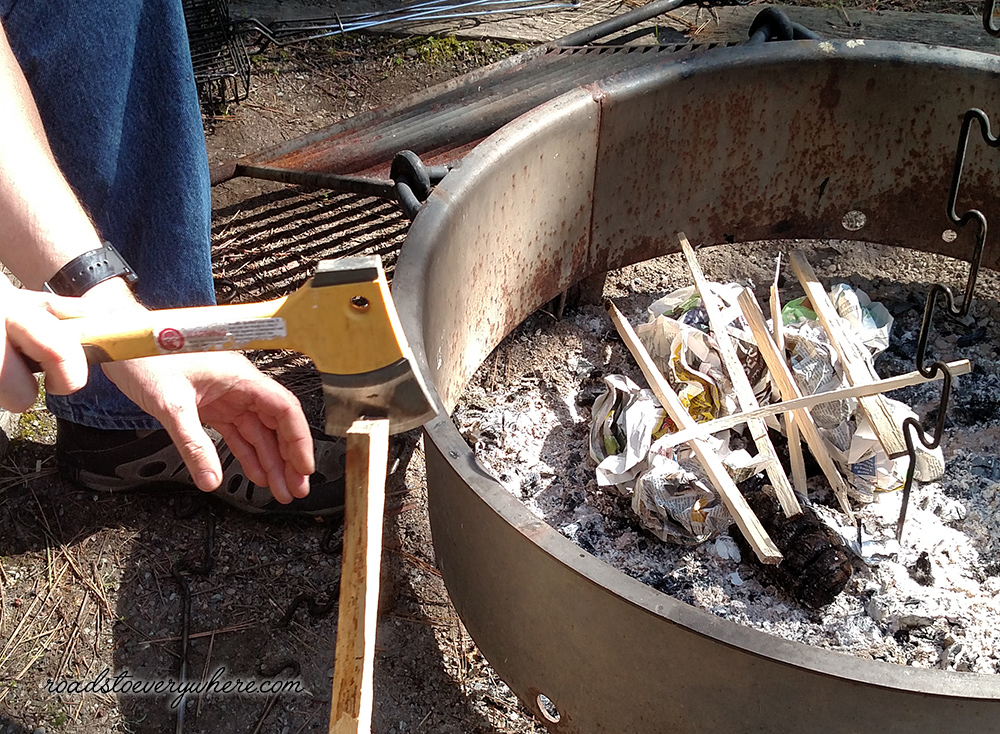 Next he splits a piece of firewood into smaller and smaller pieces for kindlin’. 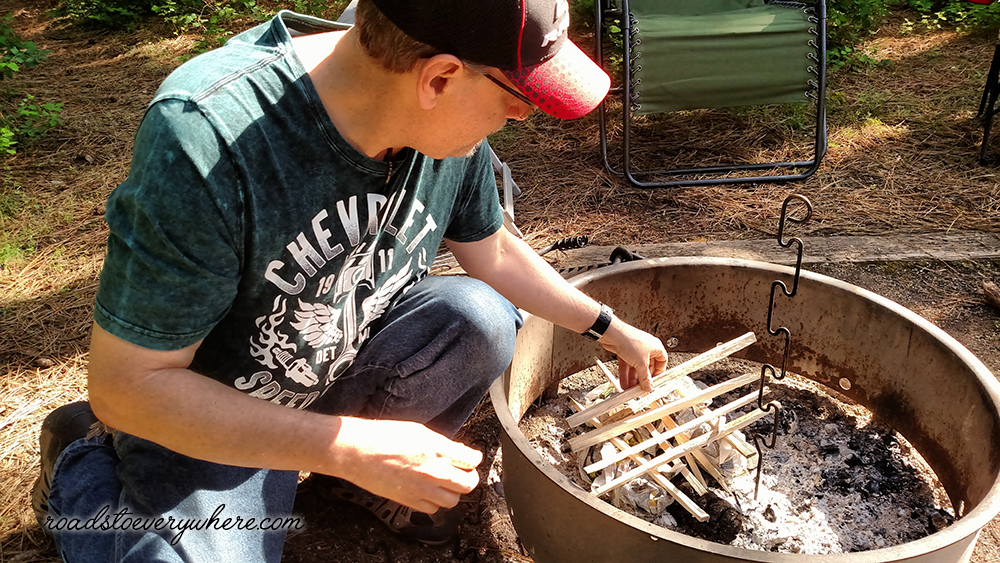 He arranges the little slivers of kindlin’ across the wadded-up paper. 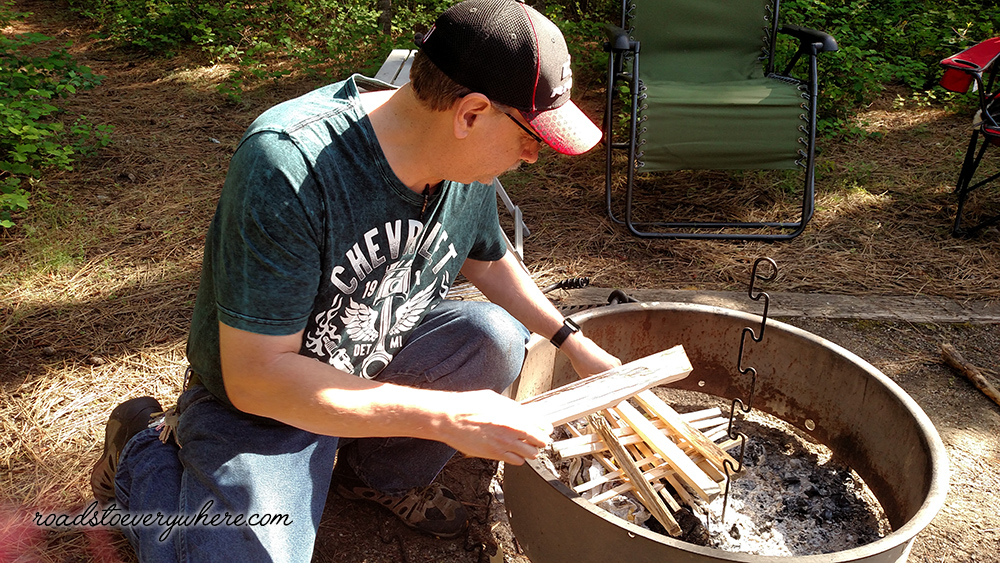 After about 3 layers of kindlin’ Lyle starts adding slightly larger pieces of firewood in the same cross-hatch pattern. 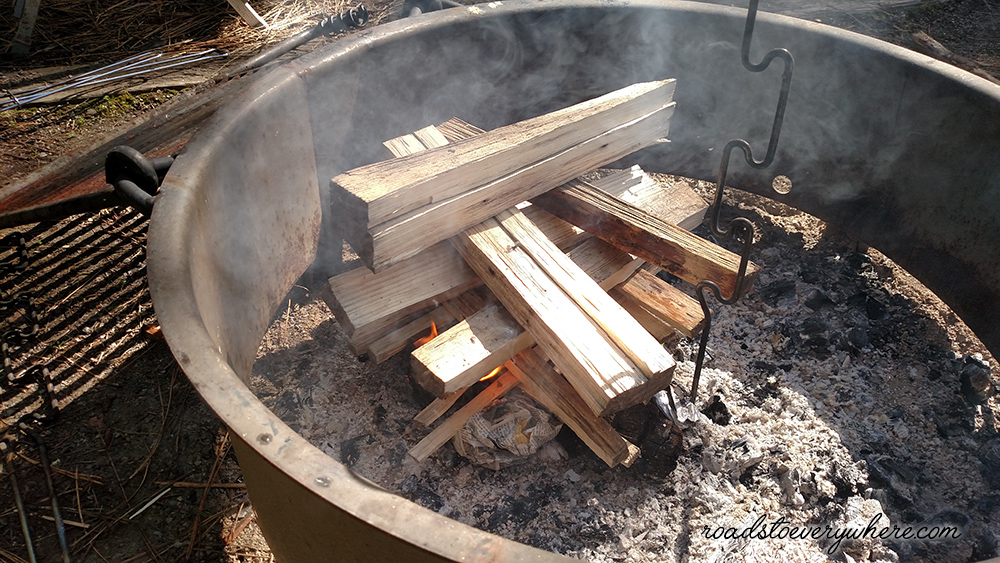 Once he gets the firewood stacked up to his satisfaction he lights the newspaper with a match or lighter. As the paper burns it catches the kindlin’ on fire, which in turn lights the bigger pieces. 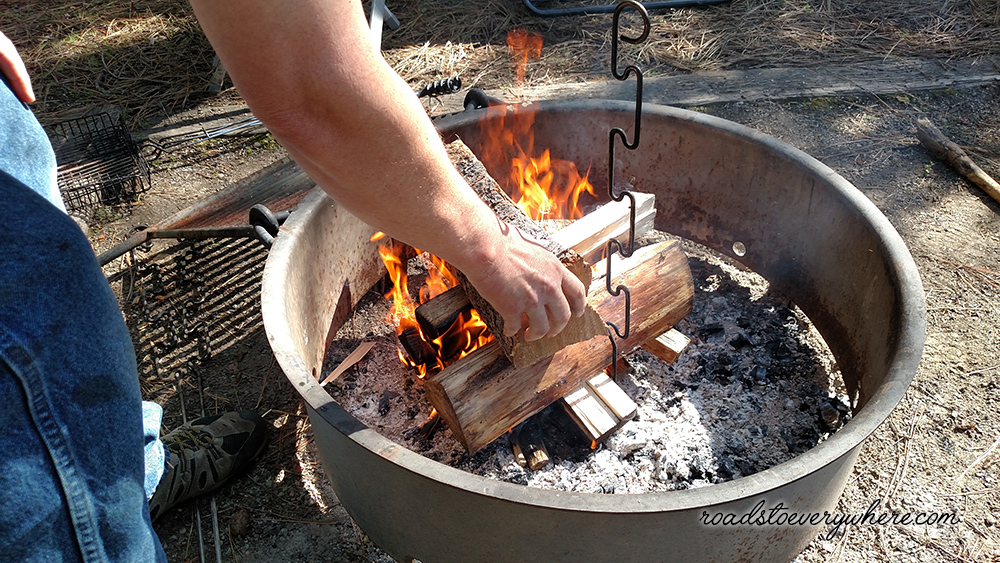 In a few minutes, when the initial stack is burning good, Lyle adds a few normal-sized fire logs on top. 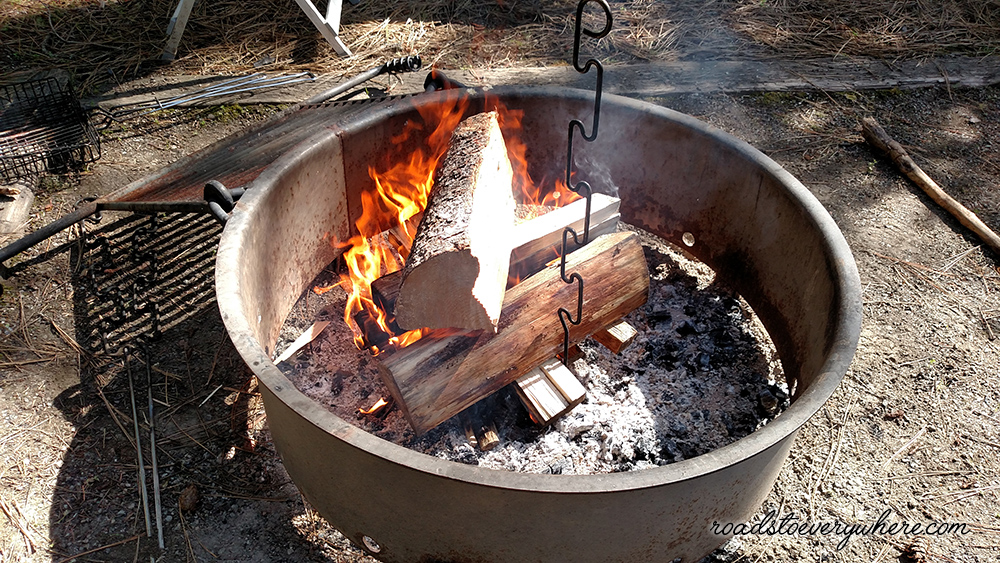 Then it’s time to just sit back and watch the fire for a bit. It’s burning too hot for cooking at this stage. 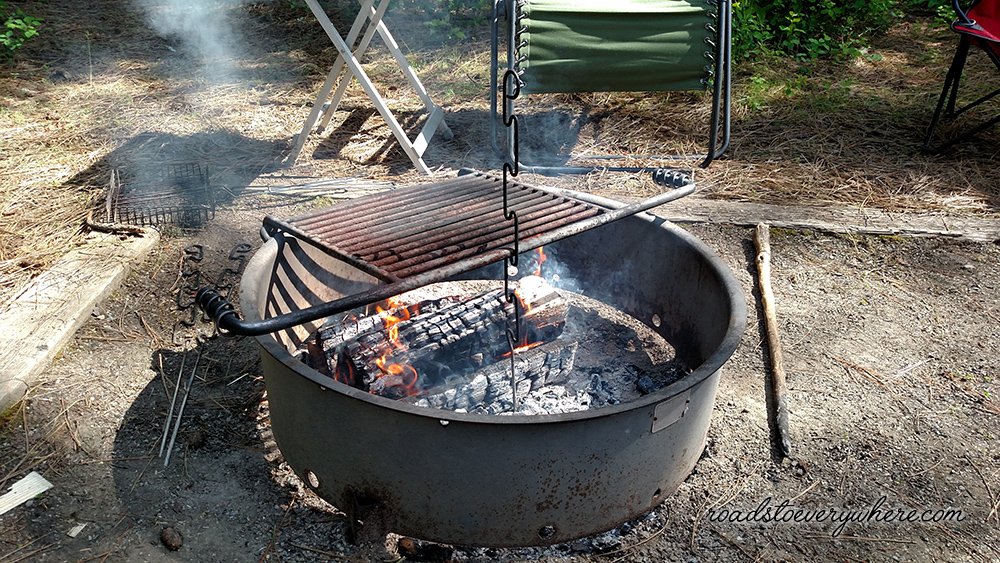 When  the logs have burned down to a good bed of smoldering coals, that’s when it’s time to flip the grate over the fire. Now you can cook!

Here’s what we cooked over the fire that weekend:

You can find other campfire recipes in the Camp Cooking post listed below.

Other Posts in This Series

How to Plan Your First Camping Trip

What to Pack for Camping