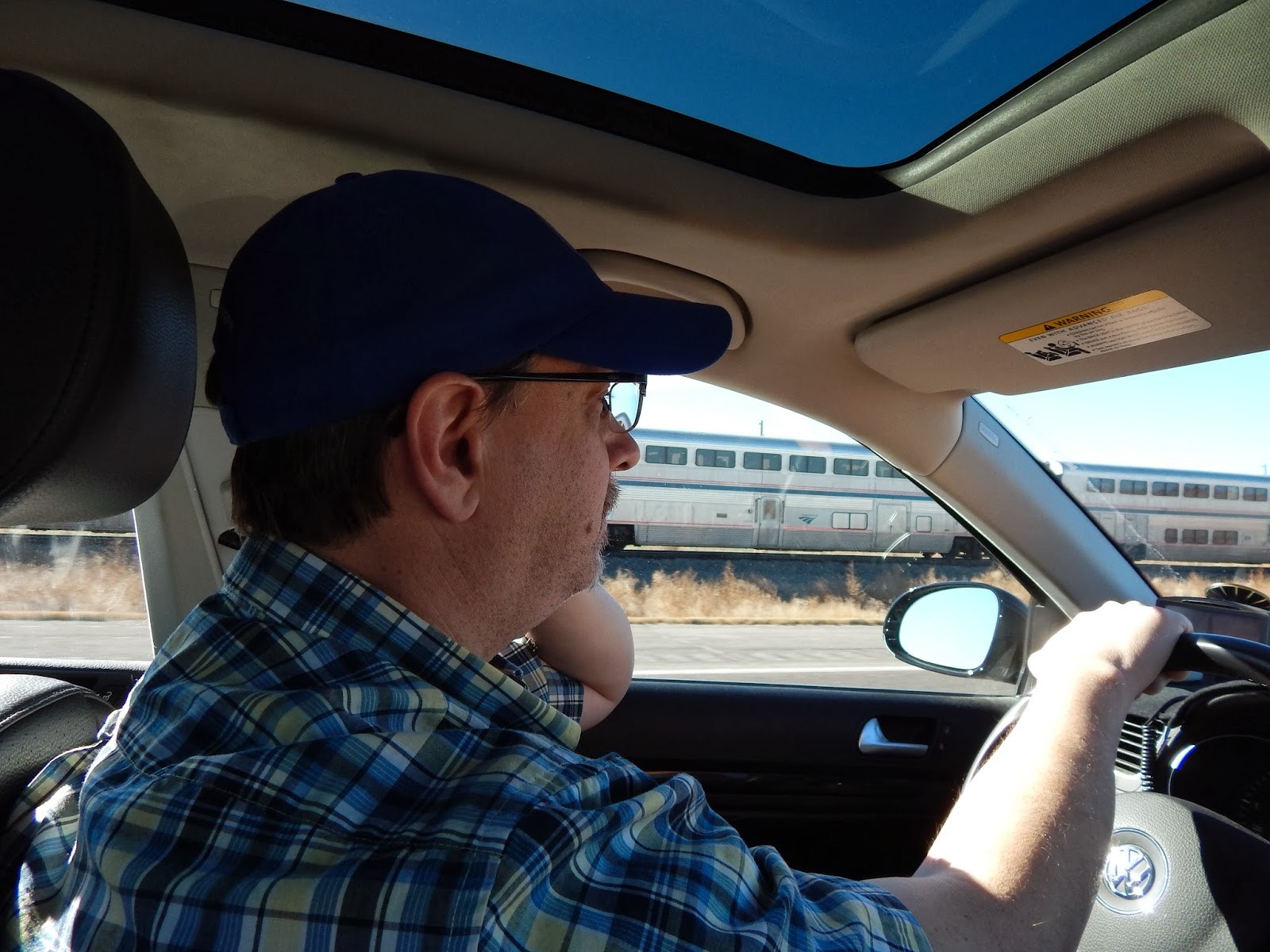 A month or so ago I teasingly told Lyle that I had scheduled him to write a guest post for my blog. I thought I might be able to convince him to do it if I “assigned” him the topic of Driving. I still wasn’t sure if he would or not, but this past weekend, while we were camping, I reminded him that his “deadline” was coming up. Much to my surprise and delight he got his laptop out and started working on it! Maybe it will even end up being a series.

Your feedback and comments might encourage him to write more.

It seems I have been assigned to write a blog post about driving. Why driving? I have no idea. It’s not like driving is a hobby of mine or anything.

I’m not really sure why I grew up with driving in my blood. My mother says it’s because I was under the steering wheel as she was driving the moving truck to California from Illinois a month or two before I was born.

When I was growing up we always took long family vacations across the country from California to Kansas, Indiana, or Kentucky to go to church conventions and camps. I loved those long days on the road, taking in the scenery, reading, etc.

My oldest brother, Les, also was a big influence. He is 11 years older than me, and was in the army during my early teen years and would tell stories about driving in Germany on the autobahns. That is still something I would like to do someday. He’s also the one who got me hooked on car magazines. (I’m currently down to 3 subscriptions.)

I can remember anticipating the day I would get my driver’s permit. I had taken drivers ed, and they were coming to our school to hand them out. Because of my bad left eye, I didn’t get mine that day and had to wait for extra paperwork to be processed. But the day did come.

Our family car at the time was a 1977 Toyota Corolla 4-door sedan. Woefully underpowered, which is probably a good thing. I thought up any excuse I could to need to go somewhere, mostly the area malls. And I would sometimes take the “scenic route”, which usually meant the curviest back-road I could find. The main limiting factor was my ability to put gas in the tank–which is still true today!

My first solo cross-country trip was to college in Indiana in the summer of 1982. I drove my first car, a 1970 Buick Electra that I bought for $300. I had only had it a few months, and had replaced the head gaskets myself to cure an overheating issue. I wasn’t real sure it would make it, but off I headed. Made it with no problems, which I think instilled a lot of confidence in my car repair abilities.

I still do most of my own car maintenance, although with age I crawl out from under the car more sore than I used to.

I was known in college as the guy who would take anyone anywhere anytime as long as the passenger paid for gas. And of course I couldn’t go to the church on campus, I had to go to one that involved a drive every Sunday, about 21 miles. And maybe a girl had something to do with it, but that’s another story.

During that summer I drove to a campmeeting in Kentucky to see her and also stopped by her house in West Plains on the way home. Staying there as long as I could, I drove straight-through from there back home.

Then I decided I needed to be closer to her and went to work for a brother in El Dorado, Kansas. That was “only” 350 miles from West Plains, so there were a lot of weekends leaving after work on Friday, getting to Karla’s parents’ house about midnight, staying until 11:00 or midnight Sunday night, driving home and going straight to work at 8:00 on Monday morning. Crazy kid. But seriously in love.

After Karla and I were married in 1985, driving was our “entertainment.” Gas was cheap, and we had a car that got around 30 MPG. We lived in Kansas, and it was during that time that we set our record for miles driven in a year. I think it was over 40,000 miles one year, but there were several that were well over 30,000 also. We had no children yet, and had lots of extra time during that period.

If we went anywhere, it would be driving there. I think I was 50 before I ever flew anywhere, and I would still much prefer to drive than fly.

Our longest (distance-wise, maybe time-wise also) was during this period. We took a vacation to the East Coast in 1991, staying with relatives in Bethlehem, Pennsylvania and from there exploring New York, Washington D.C., Philadelphia, Hershey, Gettysburg and Baltimore. When we left there we went north to Niagara Falls, and from there down to Tennessee where Karla’s parents were pastoring at the time, and then back home to Kansas. Something over 5,000 miles in 2 weeks on that vacation.

After our family came along, we still traveled a lot. We wanted our kids to grow up loving to travel like I did, and did not hesitate to load them up for road trips. We didn’t let having kids influence whether we went somewhere or not.

Traveling in the car is a big part of our time together as a family. We have spent many weekends exploring and learning and I wouldn’t trade those times for anything.