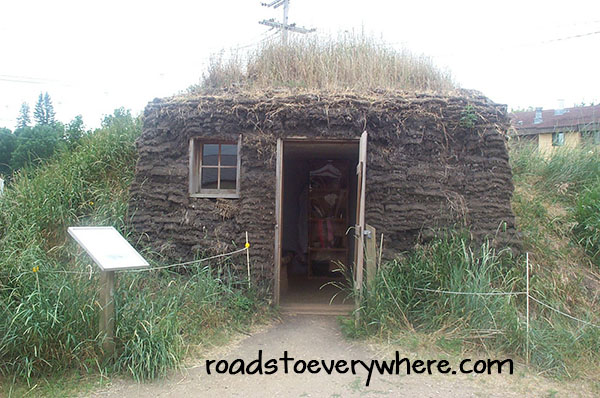 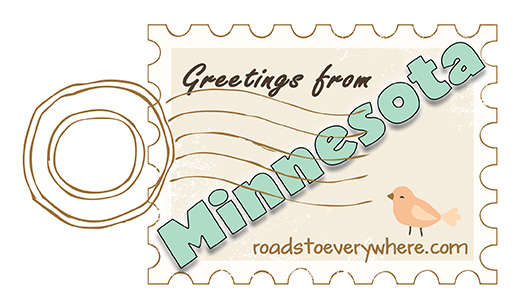 Day 18 of our virtual road trip takes us northeast from Nebraska to Minnesota. The first time I visited Minnesota was on our road trip vacation in 2007. 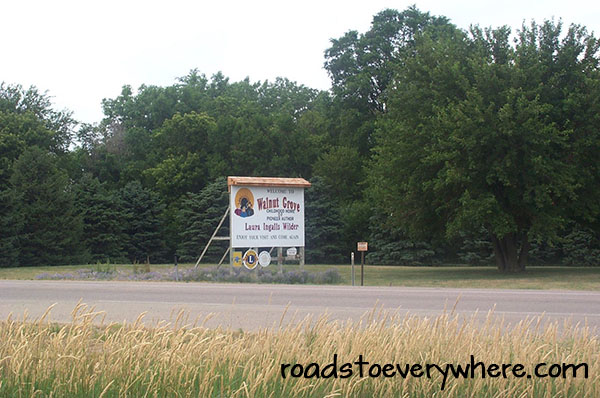 My favorite stop of the day was in Walnut Grove, the setting of Laura Ingalls Wilder’s On the Banks of Plum Creek. I think that’s a total of four “Little House” locales I’ve had a chance to visit. (The others include De Smet, South Dakota; Mansfield, Missouri; and Independence, Kansas.) 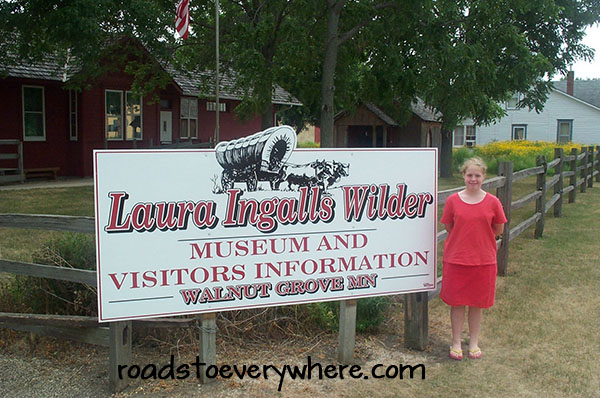 The Museum and Visitors Center was probably the most interesting of the different ones I’ve been to, but it also had a lot more to do with the television series and not so much about the books. (For that reason I think my favorite, of the ones I’ve been to, is the Wilder home in Missouri.) 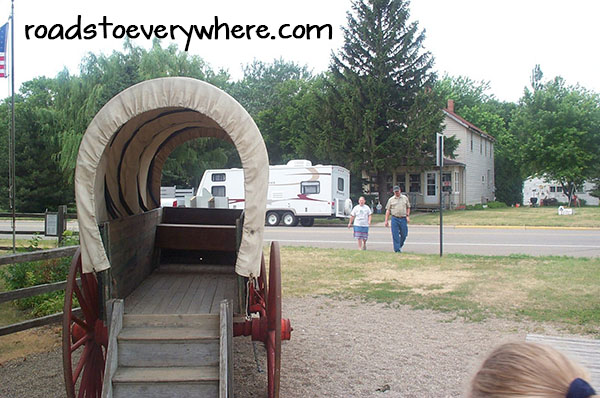 I thought this shot was interesting, comparing the covered wagon from “Once upon a time, sixty years ago…” to our modern travel trailer.

(In case you’re not the Little House buff that I am, you may not recognize that as the opening line to Little House in the Big Woods— which was first published in 1932, making “sixty years ago” actually 144 years ago now!)

There was a replica of the dugout the Ingalls family lived in. Can you even imagine? 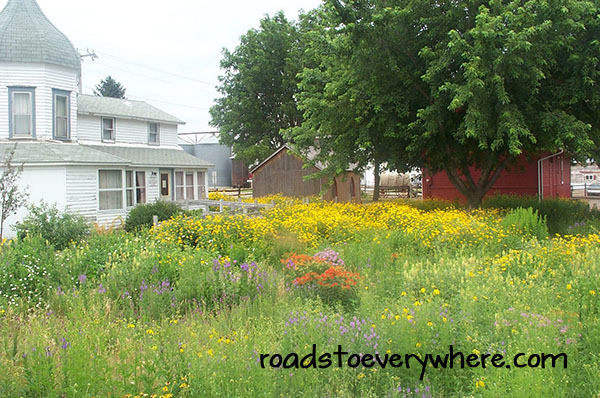 I liked how they had just let all the wildflowers grow around the buildings of the museum. It helped give it a very authentic feel. 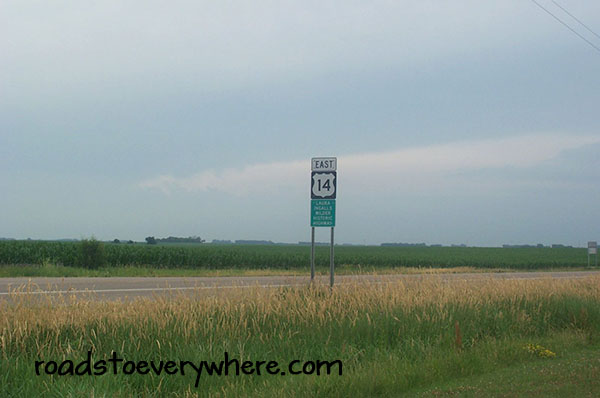 Then we headed on down the road via the Laura Ingalls Wilder Memorial Highway.

Here’s my journal entry for that day:

Today we traveled through another “new” state for us. None of us had ever been in Minnesota.

We stopped in Walnut Grove and toured the Laura Ingalls Wilder museum. After that we had no specific plans for the day other than to be to or beyond Mason City, Iowa by bedtime.

We traveled on a 2-lane highway (bump-bump-bump) most of the day. We stopped at 2 or 3 different playgrounds we passed. The girls and the dog liked that.

Lyle saw billboards advertising Cabela’s so we took a little detour for that. Cabela’s is building a store in Post Falls that is due to open this fall.

It was very muggy and the weather was threatening so we decided to drive till bedtime in the hopes it would cool off some. (It didn’t.) We enjoyed seeing lightning bugs after dark and scattered fireworks that people were setting off early.

Have you been to Minnesota or visited one of the homes of Laura Ingalls Wilder? If so, please share a memory in the comments! That will make this series even more fun!

{Linking up with Literacy Musings.}