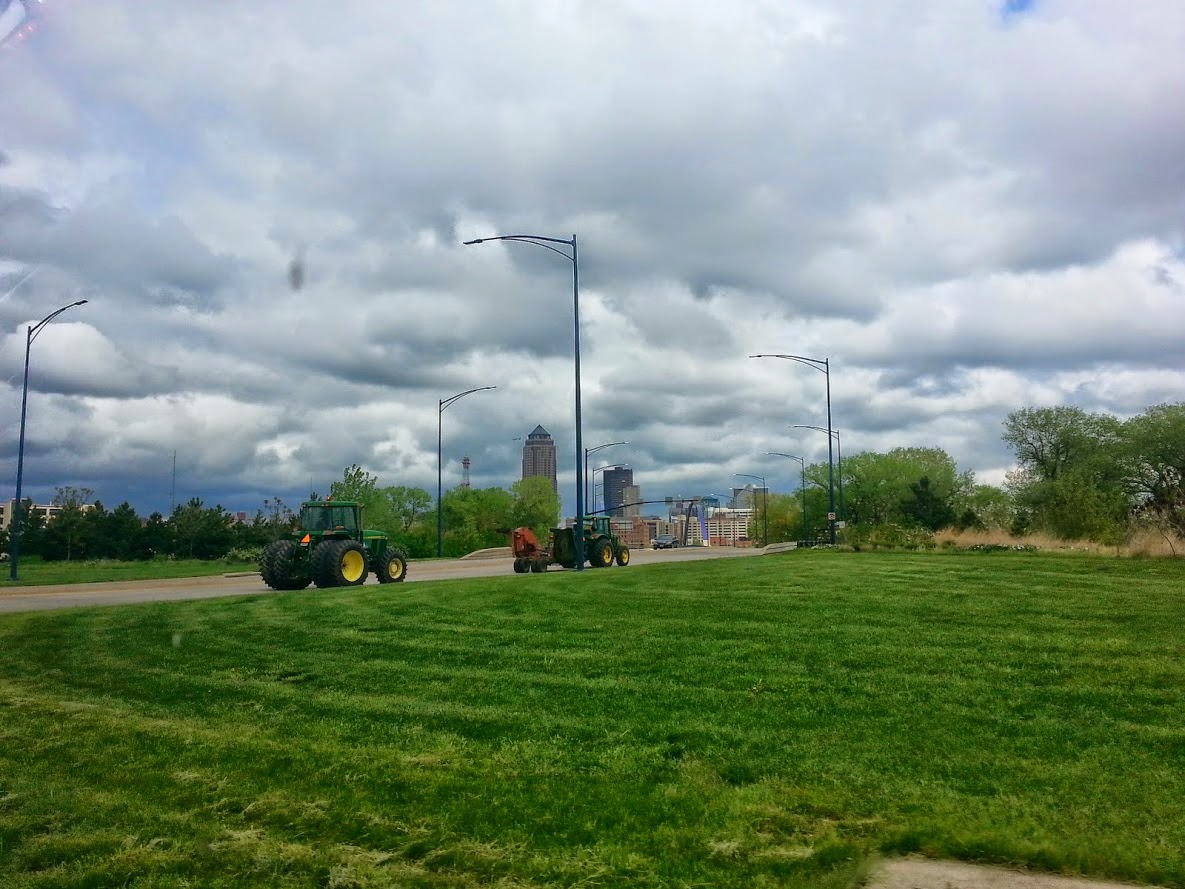 Once upon a time I used to blog… It’s been awhile, I know. I guess you’d like to know about some of the things that have been keeping my life so busy and my schedule filled, wouldn’t you? Because I know you are just avidly interested in all my Ramblin’s! Well, some of you are, anyway. I’m pretty sure. And for those of you who aren’t… feel free to just ignore me. It’s okay. Really.

So… where was I last time we met here? Let’s see… I’d been to Alaska… and then home to Colorado again. Oh, but my spring travels weren’t over. So I guess that’s where I should pick up. 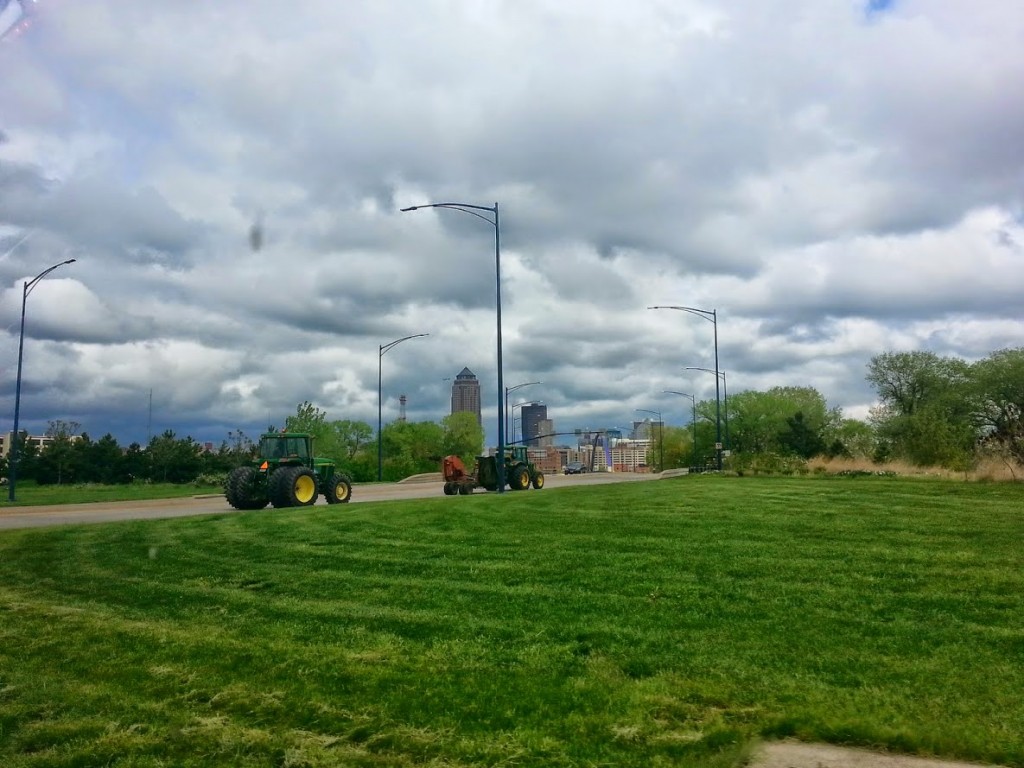 In May, my team (consisting of my friend Sherry, daughter Laura, and myself) hosted the Sonlight booth at the Homeschool Iowa Conference in Des Moines, Iowa… where the farmers apparently drive their John Deere tractors right downtown! This was scene as we drove into downtown from the airport.

Our adventures that weekend included having to transport the booth display in a small SUV (with multiple trips) instead of the mini-van I had reserved, because the rental car agency didn’t actually have a mini-van… and walking 7 or 8 blocks through the Sky Walk system in Des Moines trying to find somewhere to eat between set-up and the first night of the convention. One of us had a fractured foot and another was operating on low blood-sugar and dehydration (or something!) so we were quite the sight hobbling along through the maze of passageways above the city streets. We also got to hear comedian Brad Stine on Friday night while we were there.

And that was Convention #7 for me for the 2014 homeschool convention season.

Just to keep things organized… and because I’m afraid I’ll never get finished if I try to do all the updates in one big ol’ long post, I’m going to post about each event or activity in separate posts. It may take me several days… but I guess since I’m already this far behind, that won’t matter much, will it?