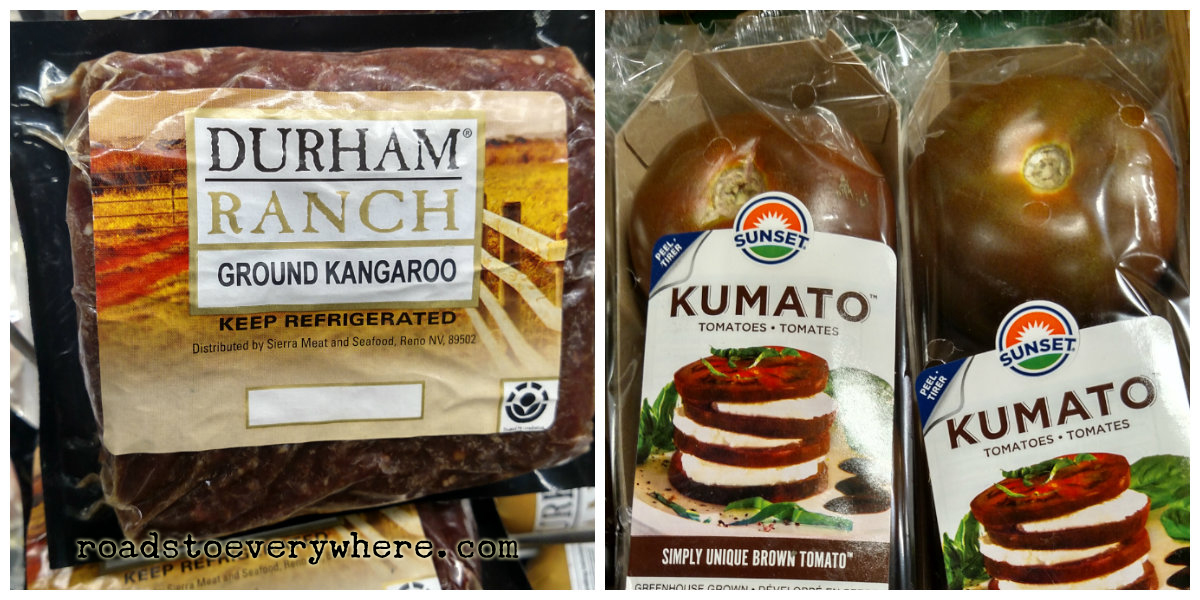 Lately I’ve been going a little snap-happy with my camera phone in some of the grocery stores around here. I just keep seeing all kinds of interesting things that I never even knew was a food.

Plus… the pumpkin obsession continues. The food and beverage marketers really took off with that this year.

That got me thinking about some of the weird foods I’ve eaten… and some I haven’t.

One of the weirdest things I’ve ever been offered is a balut duck egg.

This past spring when I was in Alaska, Sheila (my friend and co-worker) and I often went out for coffee. Sheila is good at finding the best coffee shops around. One morning she said, “You gotta with me over to this Asian market for coffee.” I thought that was a strange place to go for coffee, but I trusted her judgement so I went. It was just down the street a bit from our hotel.

At first it appeared to be a typical grocery store with a coffee shop in one corner. We sat at a table and enjoyed our coffee. Then Sheila said, “Let’s go over in the store. I want to show you something.” What she had to show me were these bright pink eggs. Dozens of them.

“Why are they pink?” we wanted to know. “And is that their natural color?” Turns out they are dyed that color so you won’t mistake them for regular eggs. Because they aren’t regular eggs. They are baby duck eggs. As in, duck embryos. Hard-boiled duck embryos.

The grocery clerk standing nearby was amused at our horror. He offered to let us try one. We declined.

So okay, it’s a delicacy. I get that. Not interested, but I understand. Still… $1.99 each… and they had dozens of them. Dozens! Who buys that many?

I don’t consider myself a picky eater, but there are just some things I’d have to be very hungry to eat.