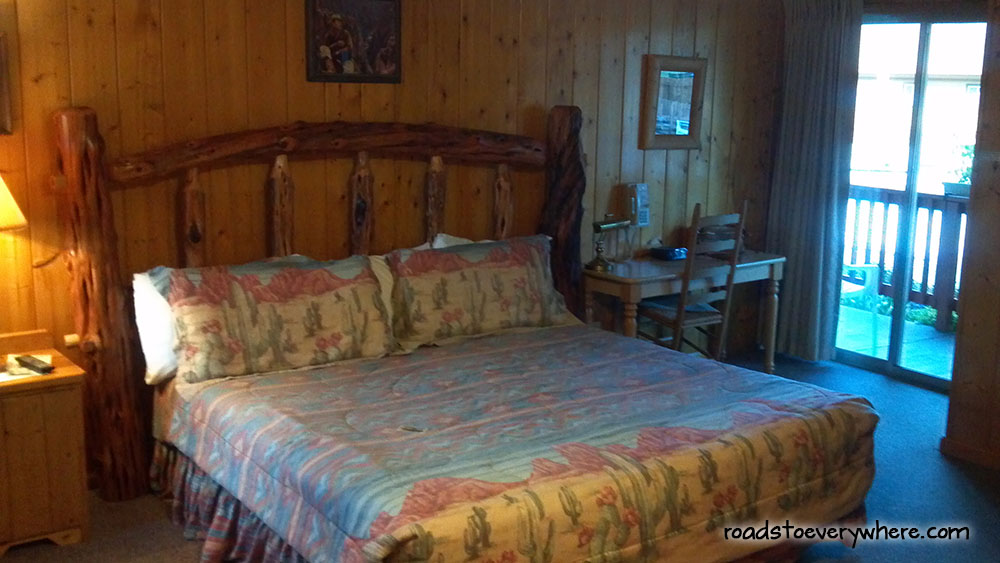 We stayed last night at a cute little vintage-y motel in western Colorado. The kind they used to call “motor courts” where you park right outside your bedroom door. This one had a western motif with log walls, and each room had a different western theme. Lyle had reserved the John Wayne Room for us. Not that we’re big John Wayne fans. (I’m not sure I’ve ever watched a John Wayne movie, come to think of it.) I asked him why he chose that theme and he said he didn’t know… there just weren’t many left to choose from when he was making the reservation. Mainly it just means there are several pictures of John Wayne adorning the walls.

As we stepped into the lobby we were first greeted by a large black lab dog barking and growling at us. Since we’re “dog people” we could tell she wasn’t really threatening us, but more just letting us know she was there. The proprietor wasn’t far behind the dog, scolding her and apologizing to us. 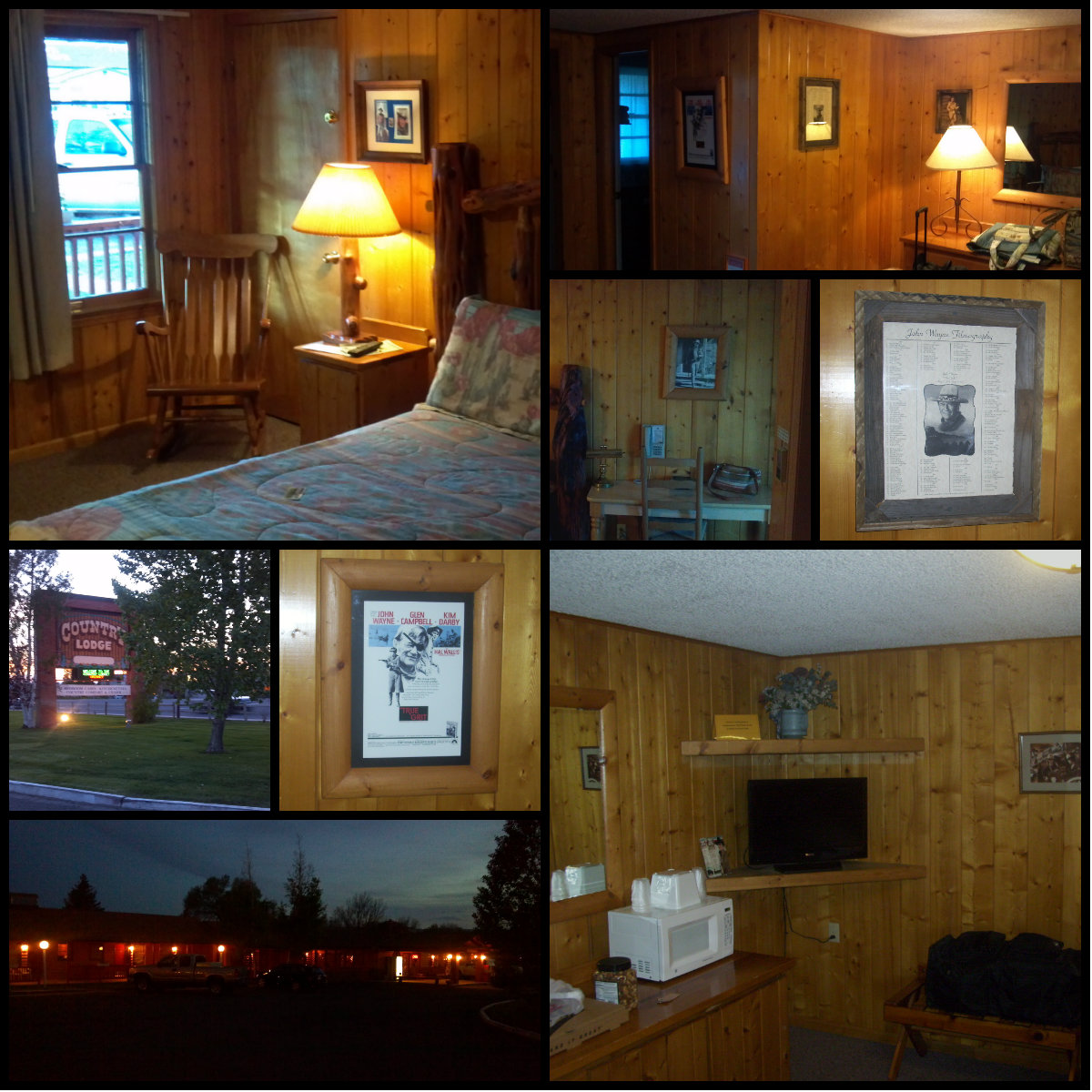 She welcomed us warmly in a stereotypical country/western style. “Now, the John Wayne Room is just over here,” she said, showing us a map. “It looks like it’s next to the lobby, but it’s not. It’s next to my bedroom, but don’t worry, ain’t nothin’ goin’ on in there, so it’ll be nice and quiet for you.”

She pulled a box set of DVDs out from under the counter. “And here’s ya some John Wayne movies to go with the room.” Seriously. The room comes with movies to match the theme. Is that not just too cute? (I regret to report that we didn’t avail ourselves of the opportunity to experience at least one John Wayne movie, but alas, we were too tired to stay awake that long.)

“Now, if you need anything, I’ll be here the rest of my life, Lord willin’.”

I just love staying at places like that, even if they aren’t all modern and luxurious. What fun!