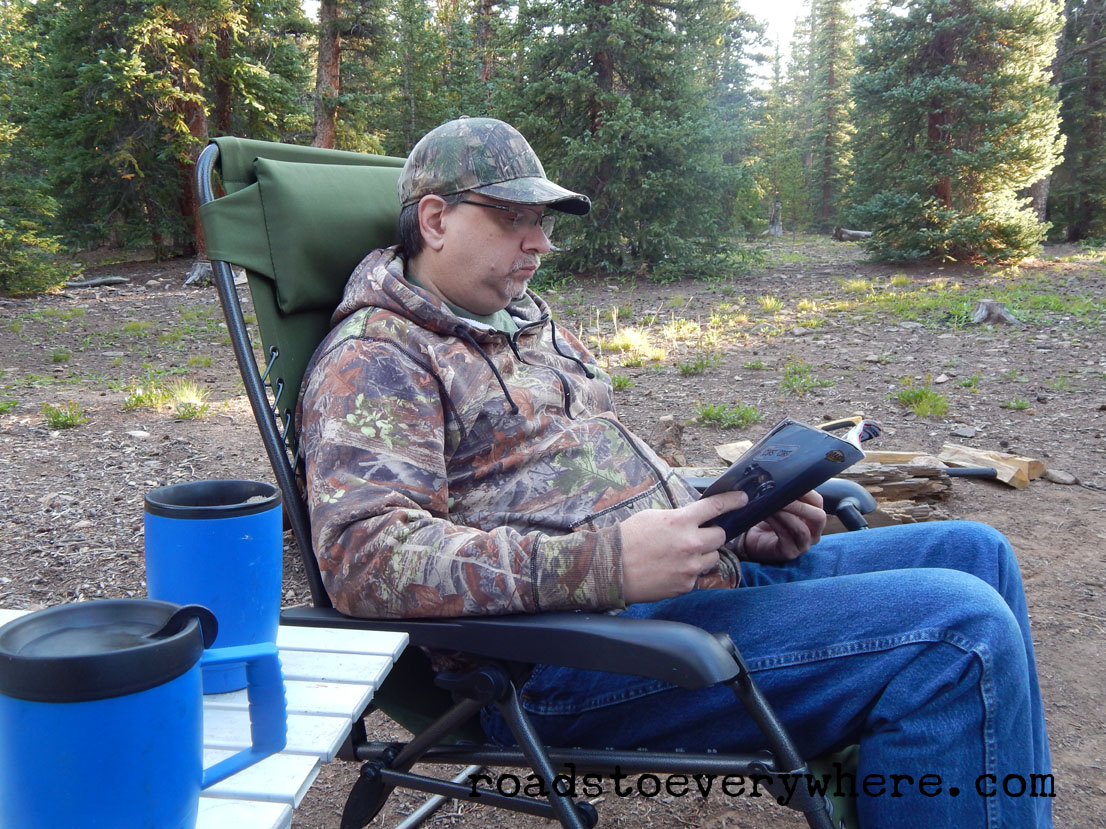 Lyle says he thinks it’s time to concede that we are too old for tent camping. All I’m willing to concede is that I miss our trailer!

Even though we live close to the Rocky Mountains, this past weekend was only the second time we’ve gone camping since we moved to Colorado. So far we’re averaging once per summer.

Turns out, there’s a reason for that:  Tent camping is a lot more work than trailer camping.

I think we had actually come to that conclusion last summer when we attempted it, but a year had gone by and you forget things like that. We were in the mood to get out of the city, away from the crowds, and just relax. So we loaded up the Highlander with all our gear and set off on Friday afternoon. 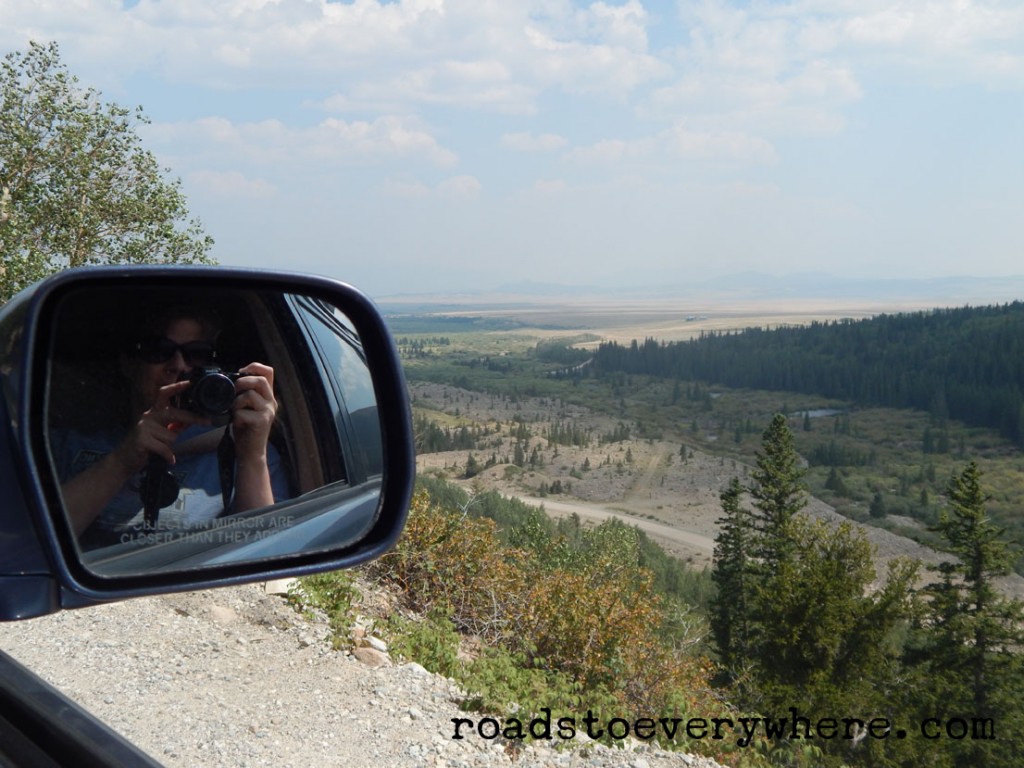 Lyle chose a forest service campground a couple hours from home, near the continental divide. The last 6 or 8 miles were on a pretty rough road, up a mountain, so we hoped that it would be remote enough to not be very crowded. It was. We were pleased with the campground.

The first order of business was to get the tent set up. We have a nice big 3-room tent. You would think that would be plenty comfortable for our family of four plus Cookie-the-dog. Eh. Not so much. The kids got too cold and ended up moving to the car to sleep. (It gets down in the low 40s at night even in August at 10,000+ feet.) Me? I did not appreciate the middle-of-the-night hike across the campground to the outhouse. And Lyle didn’t sleep well the first night because he had a headache, maybe from the altitude. 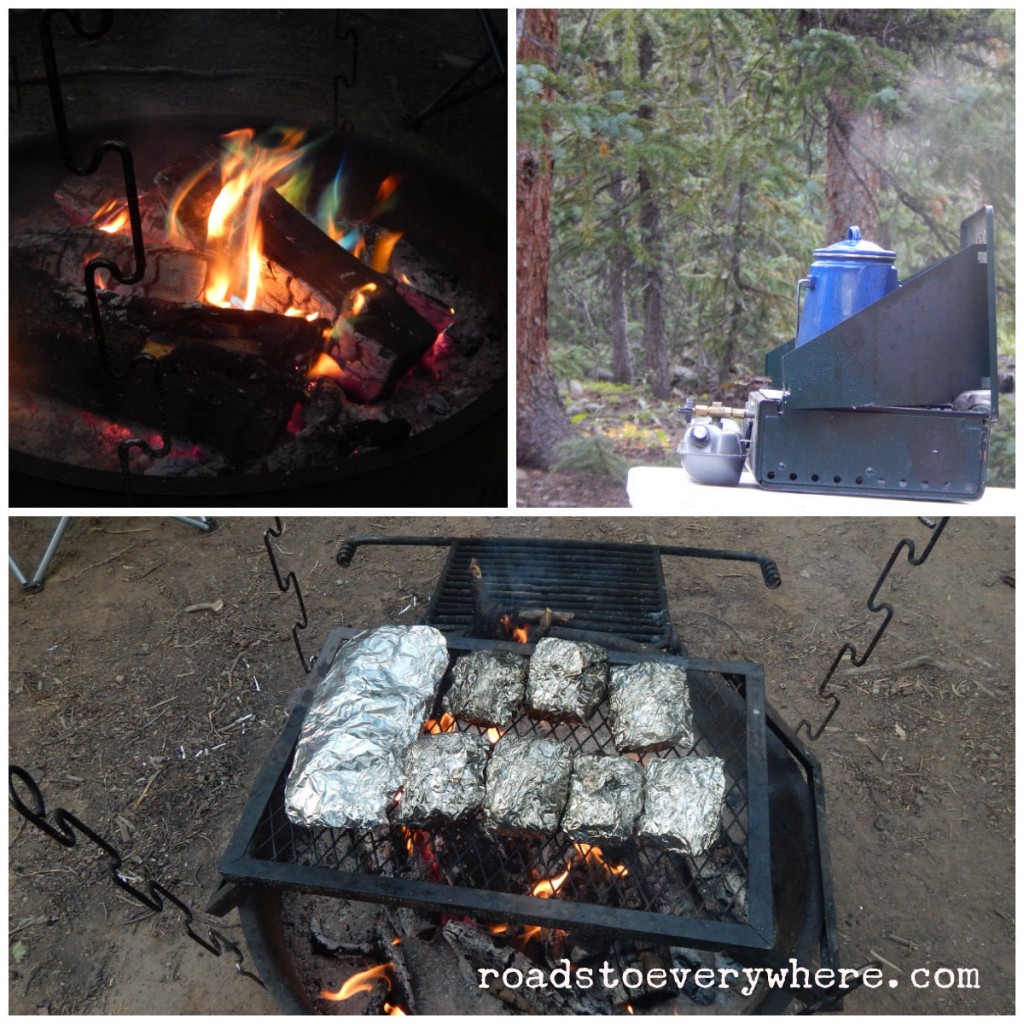 Still, there were things we did enjoy. All the reasons that camping is a family tradition for us.

The campfire is very close to the top of our list. We love cooking over the fire and then sitting around the fire after dark. Laura brought along some Funky Flames to add to the fire for fun.

Side note: At 10,000 feet, just because a pot boils does not mean the water is hot. Gotta wait for the steam if you want hot coffee. 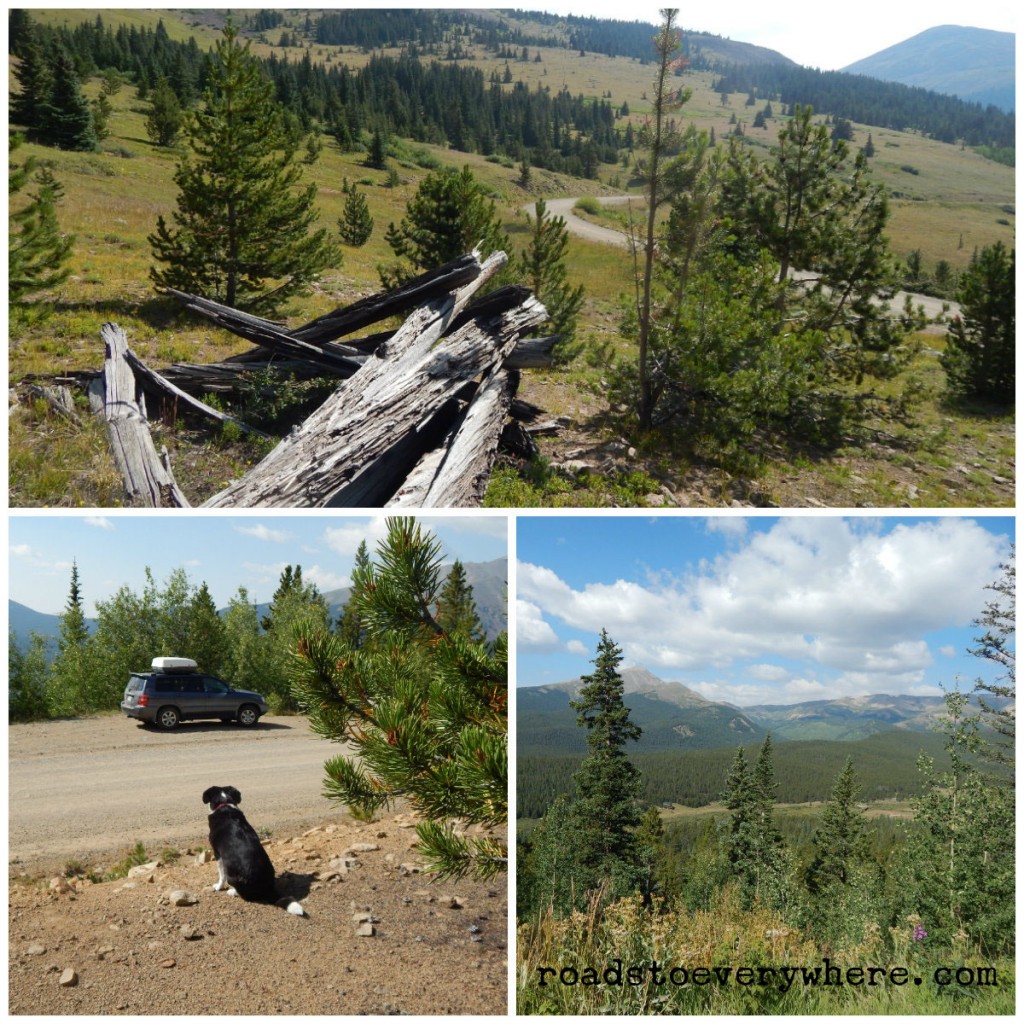 We did a little back-road exploring on Saturday morning. We stopped to investigate some stacked logs that seem to have formed a corral of some sort once upon a time. 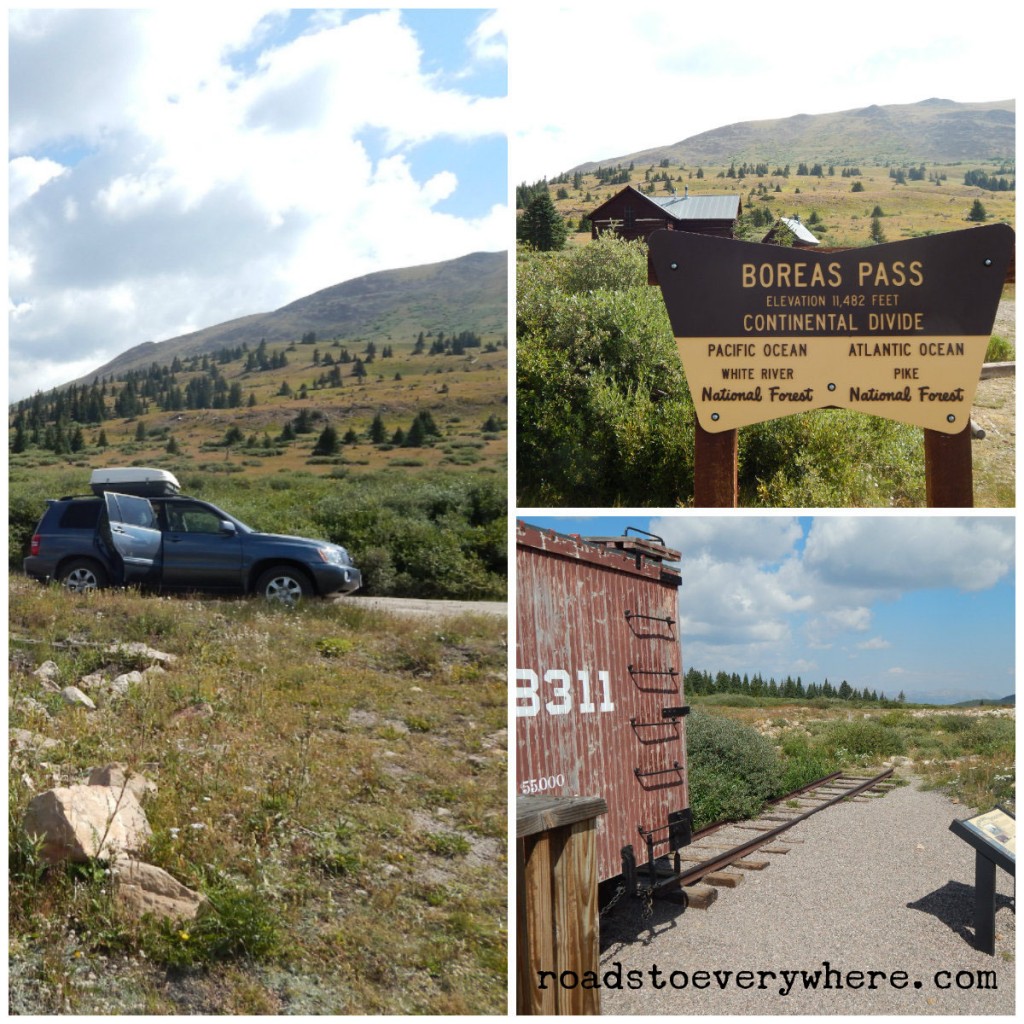 And we stopped at the visitor center at the continental divide. There was an old boxcar there “on the top of the world” with a historical marker telling of the railroad that used to run through the area. Amazing. 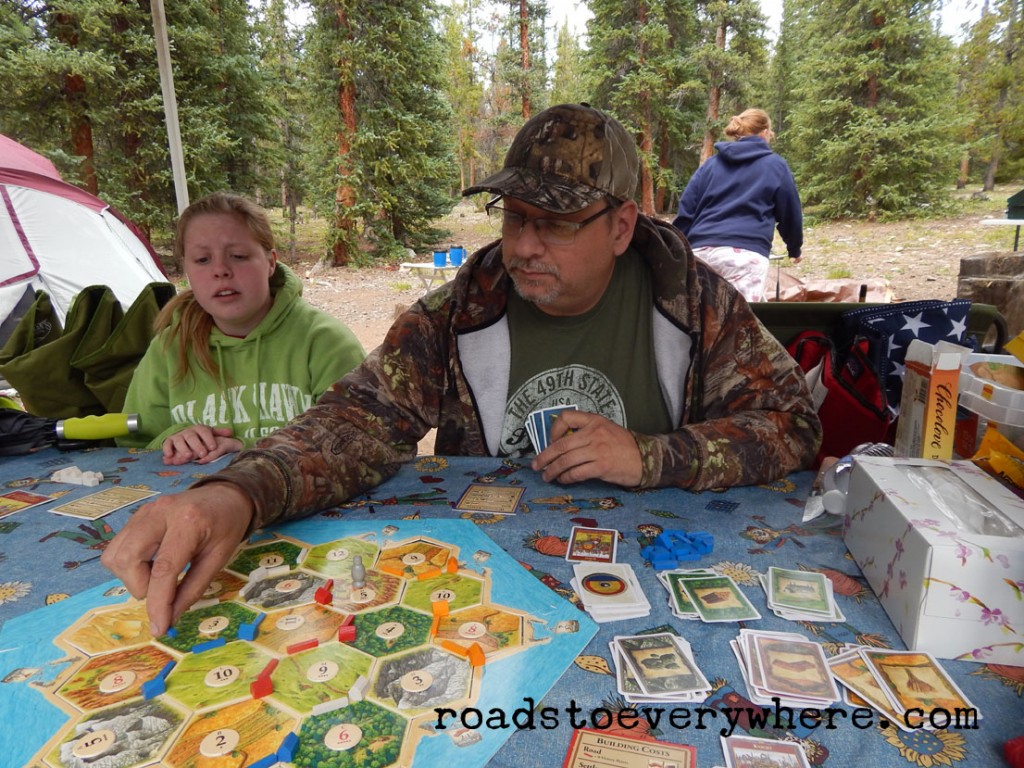 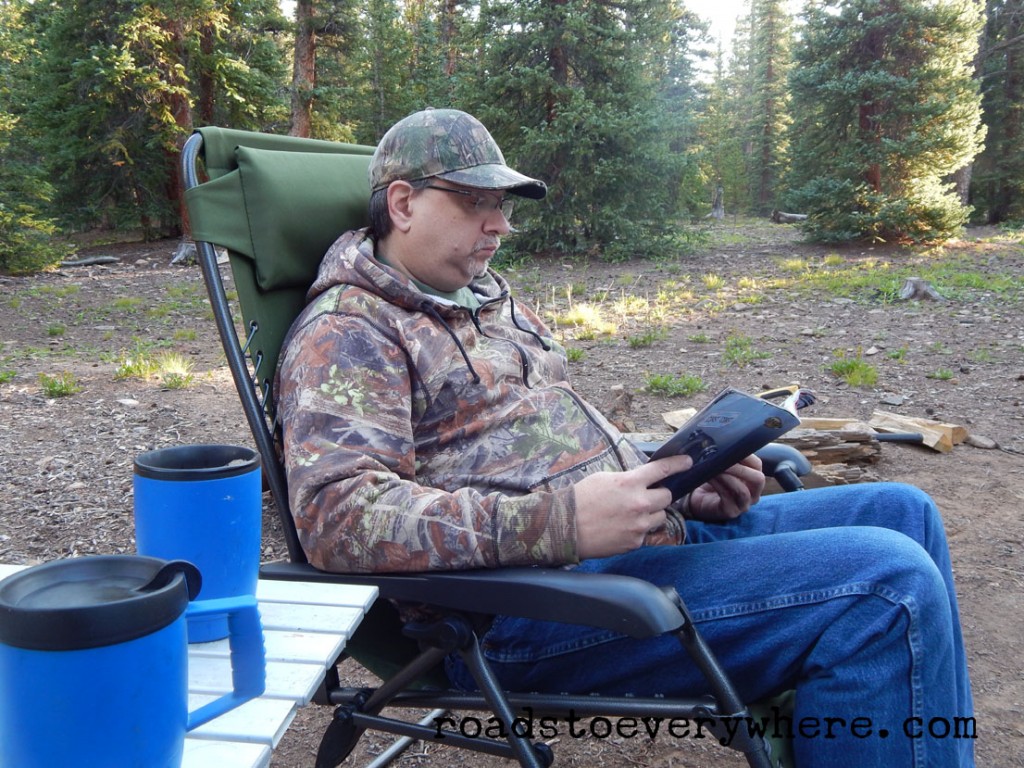 …and reading. It’s important to wear camo when reading Car & Driver in the woods, you know. I’m not sure why. You’d have to ask the man. 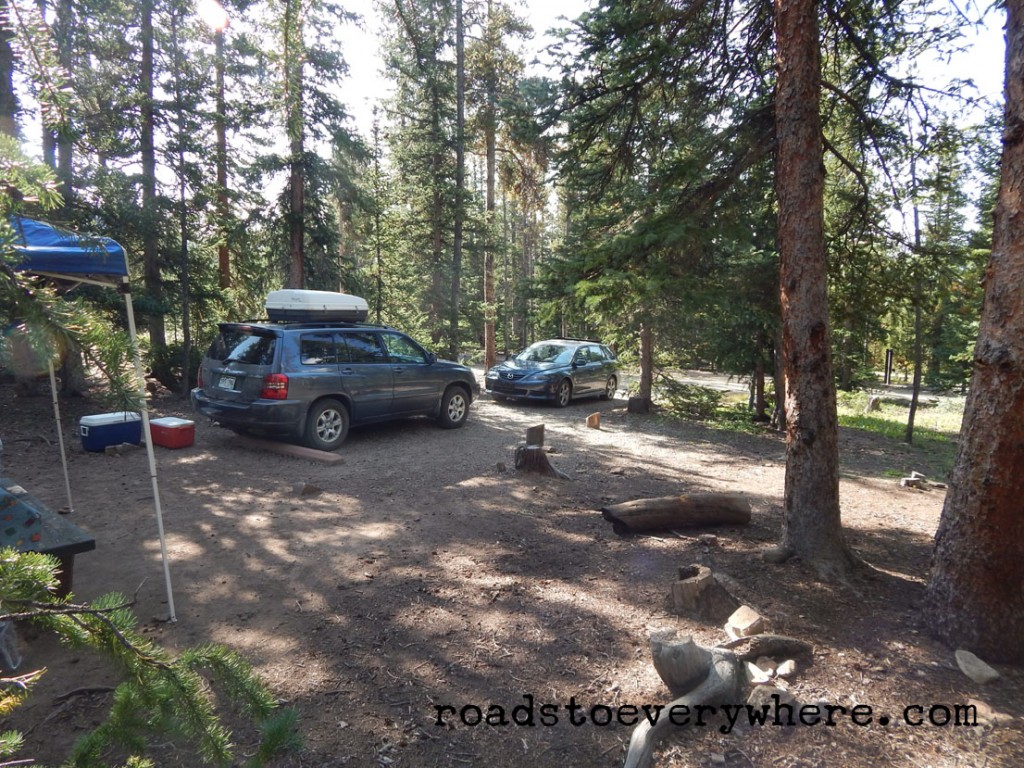 In spite of the poor sleeping conditions we did have a lovely family weekend high in the Rocky Mountains.

We’re not very anxious to do the tent-camping thing again soon, but maybe we’ll be able to get a trailer again sometime.