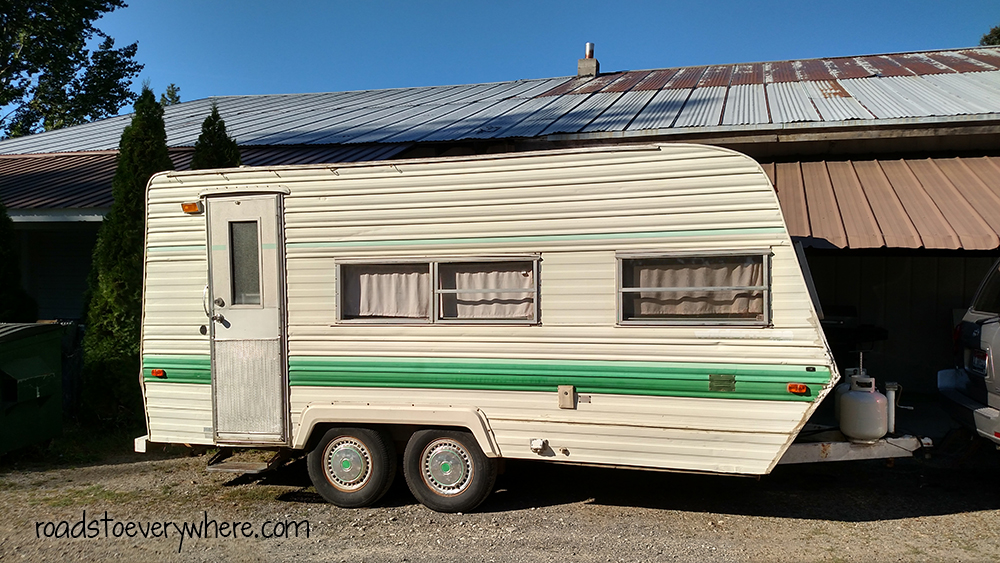 I’ve thought for a long time that it would be fun to get a run-down vintage travel trailer and fix it up. I mean, have you seen some of the darling trailers on Pinterest?

Don’t get me wrong. He loves having a trailer. He just wasn’t all that enthusiastic about the idea of a project trailer. A fixer-upper.

Ever since we sold our trailer in the fall of 2013, before we moved Colorado, he’s wished we could get another one. If he’d have his druthers we would be able to get a brand-new one. I admit, it would be nice, but since we can’t… and since tent-camping is no longer practical for us… what about a fixer-upper?

After much discussion, prayer, and exploring a wide range of various options, we are now the proud owners of this 35-year-old beauty:

I have a sneaking suspicion that the previous owner probably used her for a hunting trailer. My first clue was that they removed the shower to install a generator. So no shower. However, a lot of campgrounds have showers, so as long as the toilet and sink work I’m fine with that. 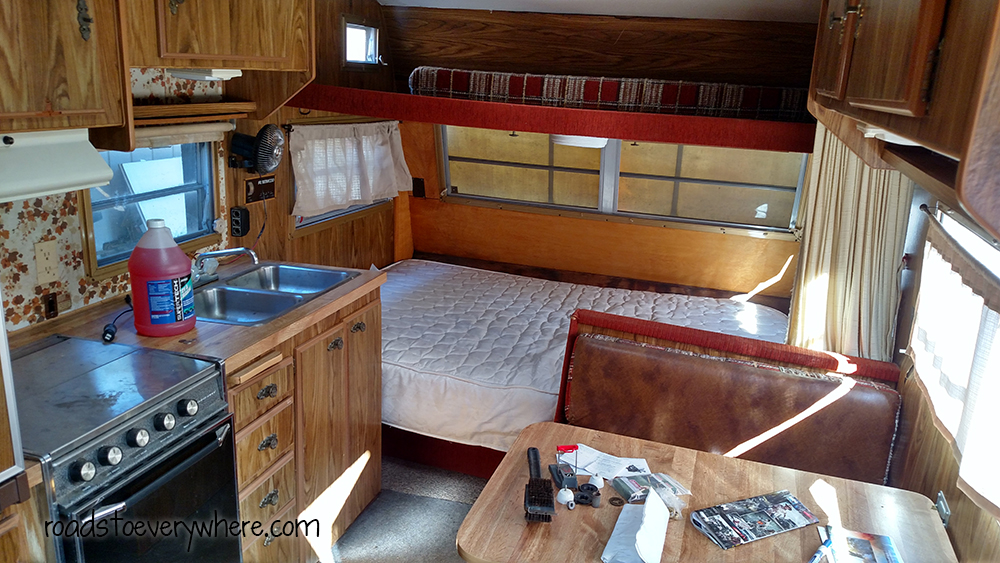 The interior is in pretty fair shape, but desperately needs to be cleaned. I found quite a bit of trash and clutter in the drawers and cupboards. And dirty socks under the table! Eww. The mattress is clean, though, and the interior of the appliances, so it’s not like it is totally trashed. The price was right. We were able to pay cash. I’m super excited about that. It shouldn’t take much for us to be able to take her out as-is.

We haven’t yet decided how extensively we will try to remodel her. I’m not exactly loving that 1980s rust and brown color scheme, but it could be a lot worse. Lyle says this is the era of campers that his parents had when he was growing up.

Our plan right now is to pull out everything that is removable, clean everything good, and put it back together. Lyle will check out the electrical and water systems to make sure it’s all in working order, and then we’ll go out for a weekend camping trip. That should give us a good idea of what works for us and what doesn’t, and whether or not it would be worth putting more money into fixing her up.

In the meantime, I’ve been pinning ideas like crazy. If we do remodel her, what color scheme should we go with? I’m leaning toward red and aqua… but I kinda like that butter yellow and mint green, too. Or maybe a wilderness cabin theme with sage green and black bears? What would you go with?

Also, I think she needs a name, don’t you?