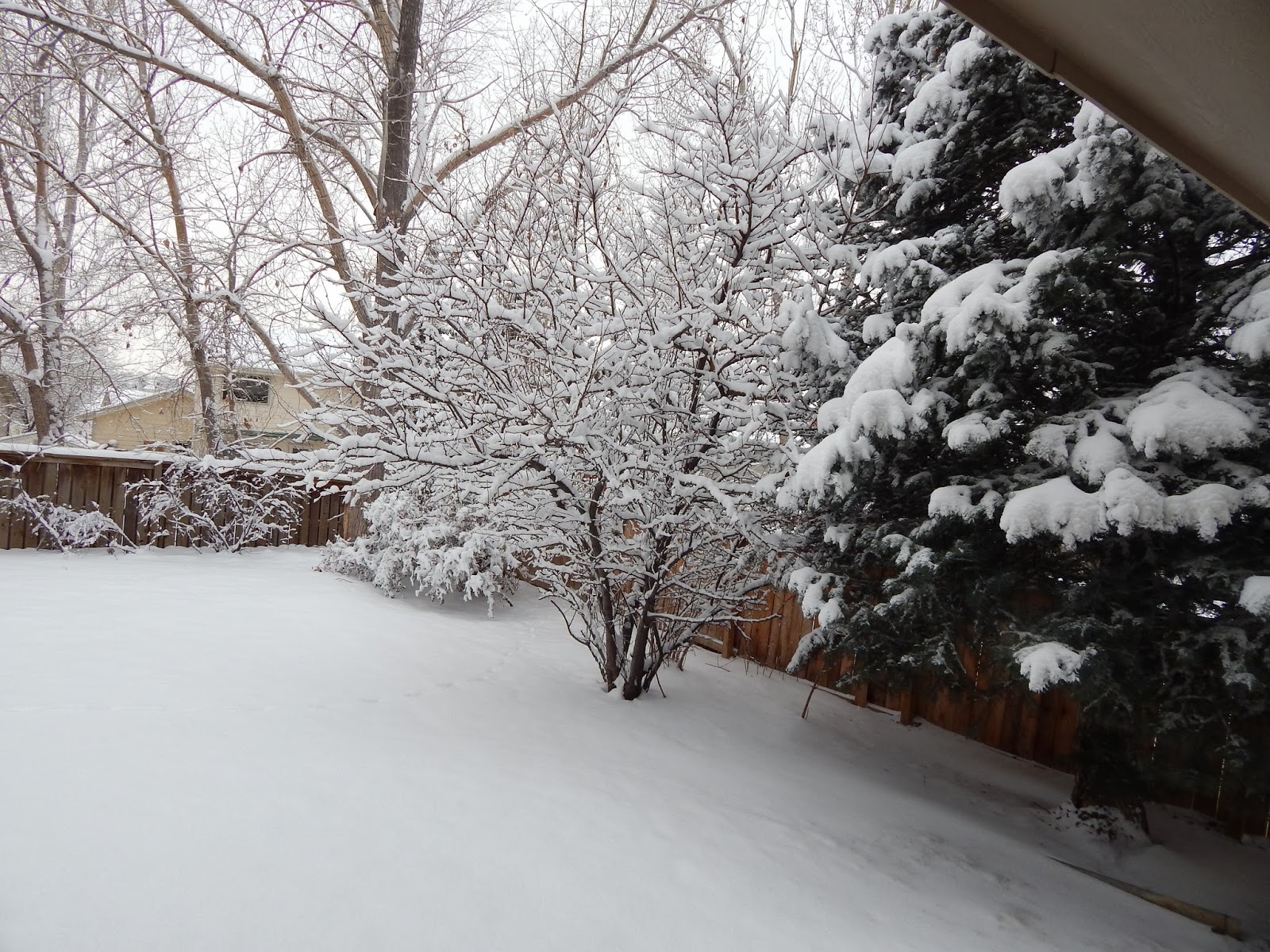 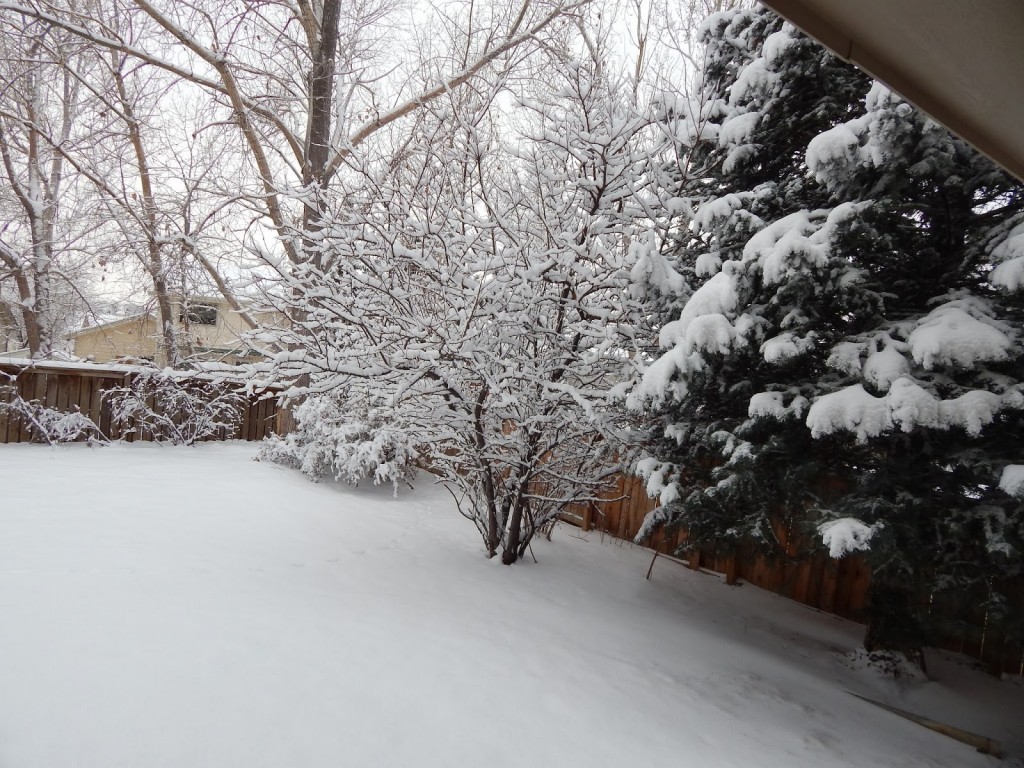 I guess it’s way past time for an update. We are gradually settling into our new home. The weather has been quite variable. January was overall pretty mild. Last weekend we got a good bit of snow, turning our backyard into a Winter Wonderland. 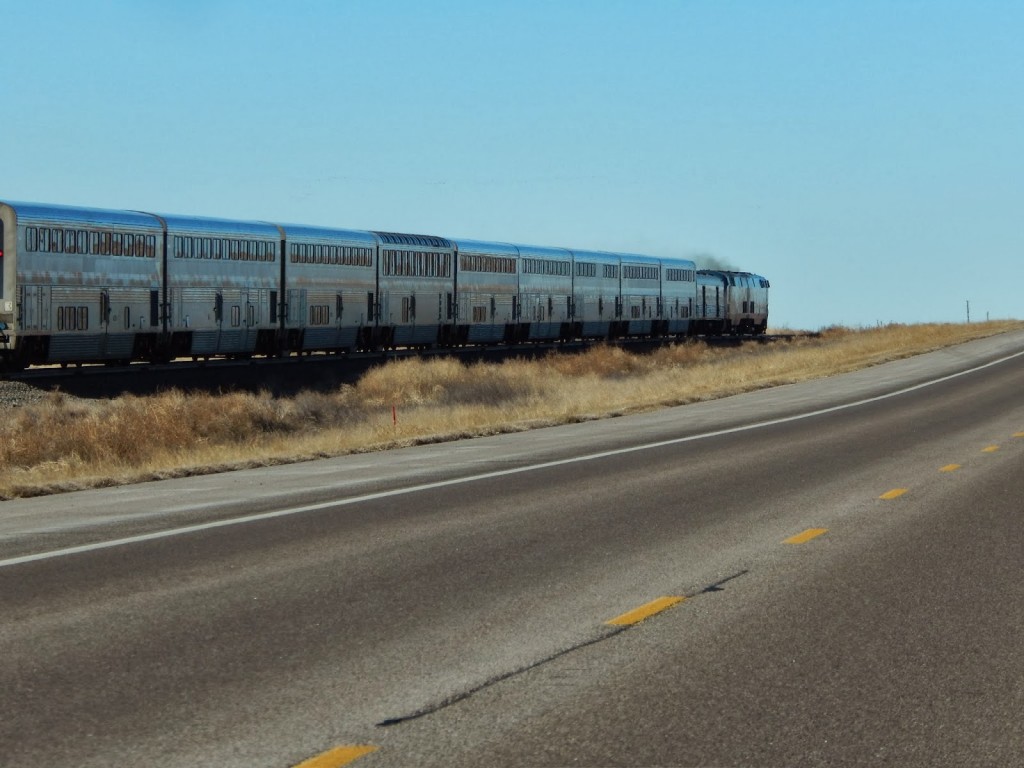 Two weeks ago we made a quick trip to Kansas over the weekend to meet up with my parents so the girls could go home with them. They are planning to stay in Arkansas until the end of March. Laura will probably come back to Colorado at that time, but Becky intends to stay and raise a new flock of chickens this spring, since last year’s Girls had to stay in Idaho. She’s thinking of adding some guineas to her flock as well. 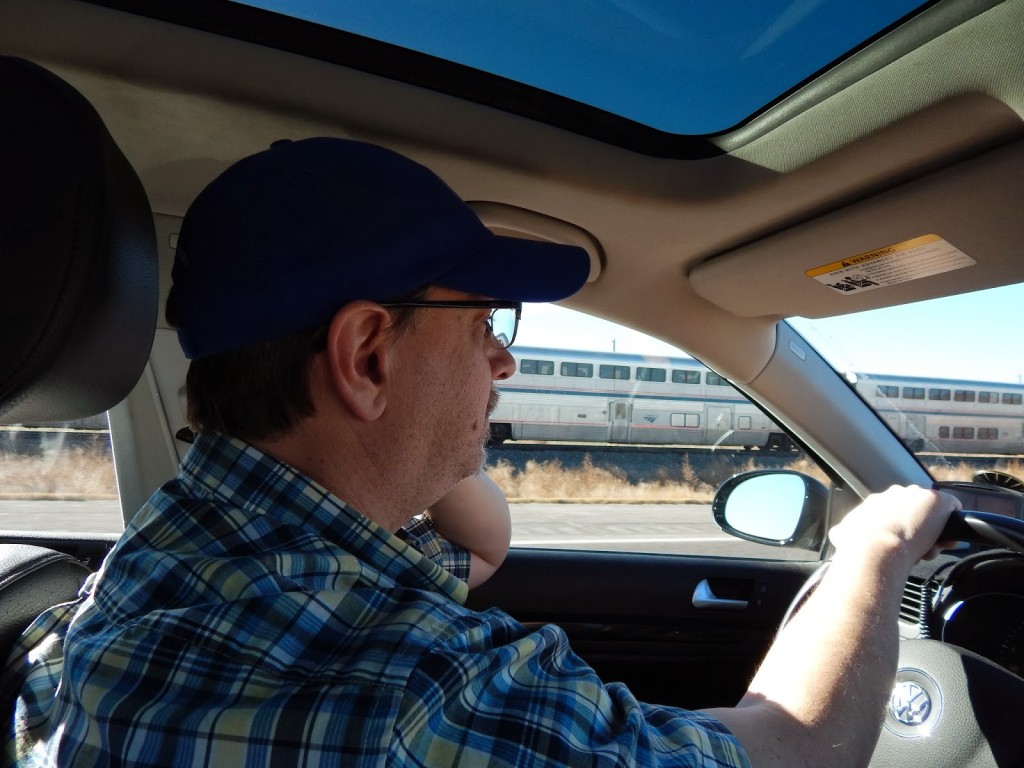 We drove home across southern Kansas, and drove parallel to an Amtrak train for many miles. Sometimes it would get ahead of us when we stopped, but then we would pass it again.

In the evenings we’re trying to get more unpacking and setting up done. Last weekend we got some pictures hung which makes the house feel more like home. I was happy to get Lyle’s string arts hung in the family room. (This is a craft he was into as a teen. Even though they are somewhat “retro” by now, I have enjoyed hanging them in our home throughout our marriage.)

Work continues to go well. Each week is a little better than the last… which is a good thing, I think. Lyle is getting to know his co-workers and enjoying more variety than just running the printing press, which is what he mostly did the first couple of weeks. I’ve been making plans for the upcoming homeschool convention season. Turns out I’ll be doing 8 events this year… 3 of which are in Alaska! I’m very excited about that, as I’ve never been to Alaska before. That will be an adventure, for sure! 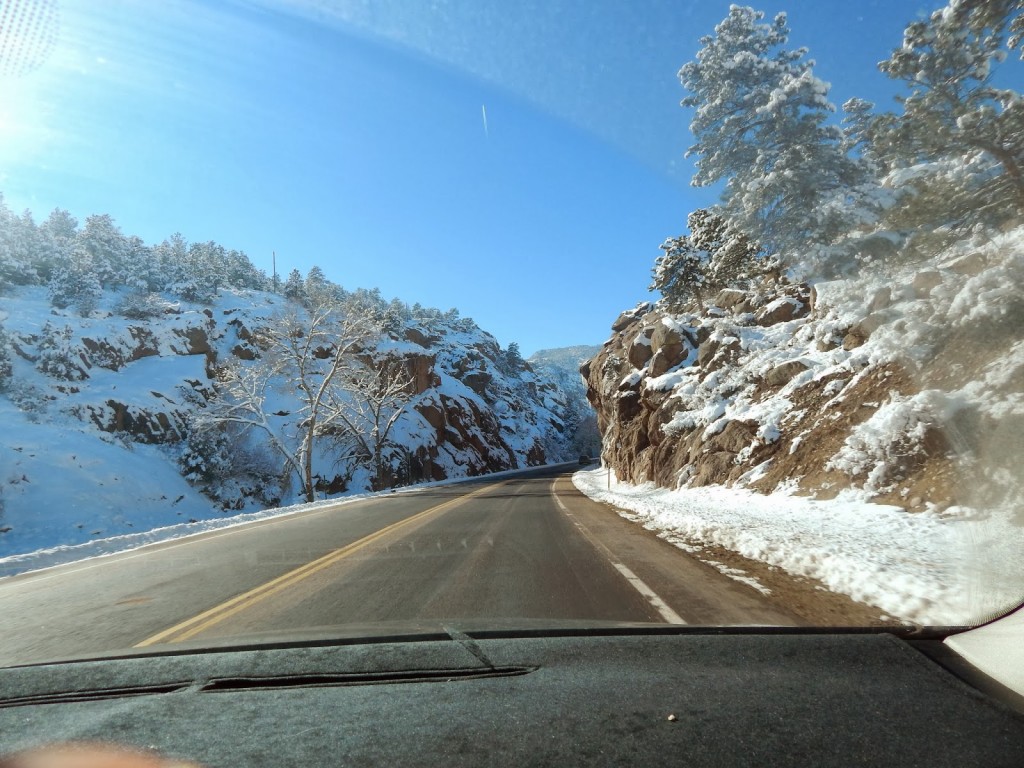 One thing we are thoroughly enjoying is exploring the area. Last Sunday was sunny after a big snowfall the previous two days, so we went for a long drive up in the mountains. Suffice it say that fresh snow in the Rockies shimmering in the sun is breathtaking.