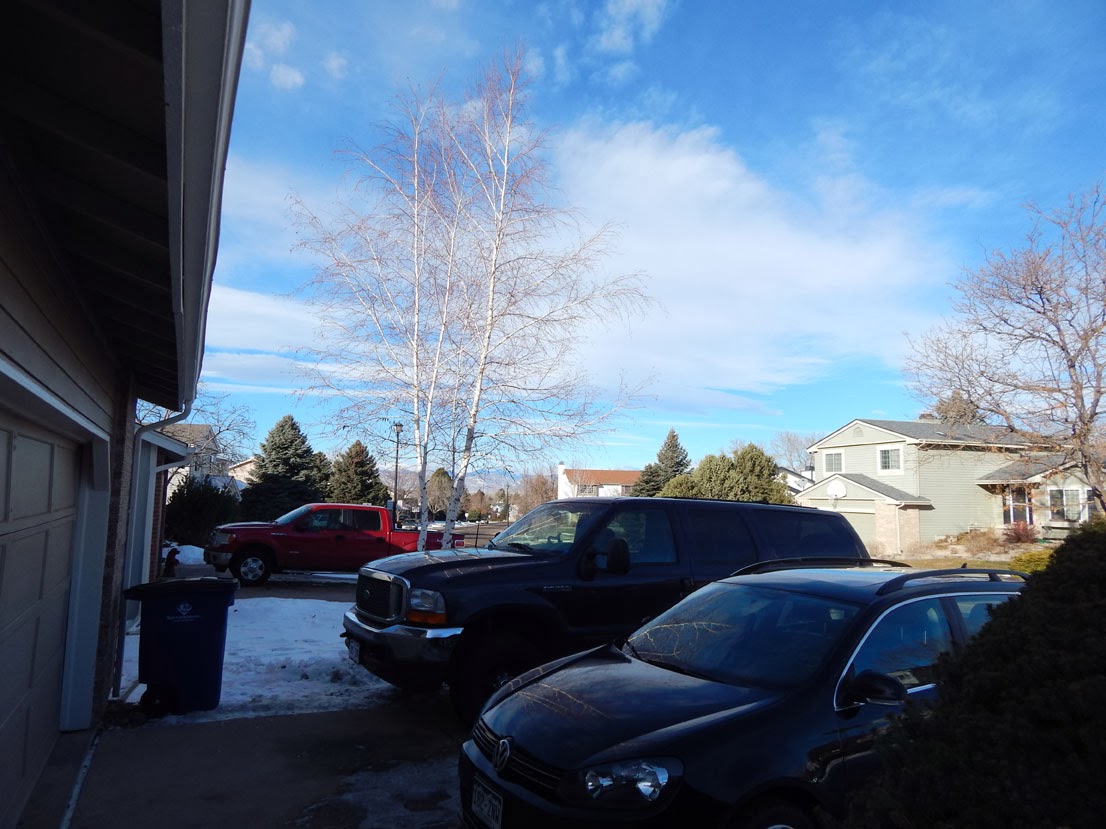 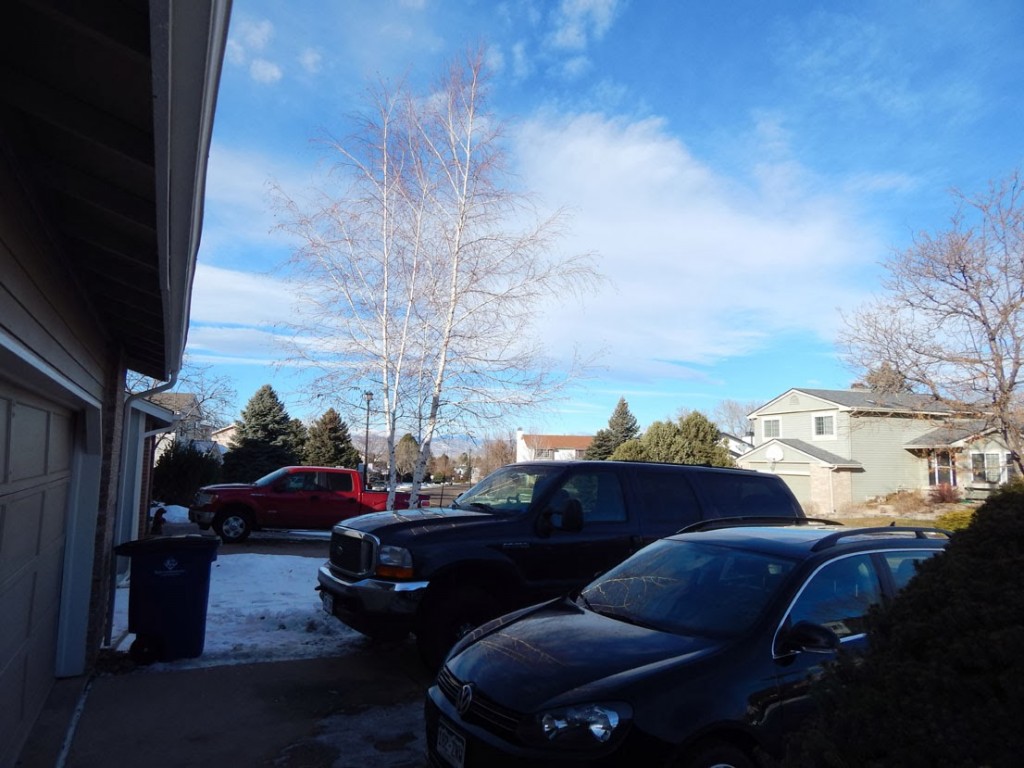 [Warning: long post.]
This past month has been such a whirlwind that I haven’t taken the time to tell the whole story of why we all-of-a-sudden up and moved from Idaho to Colorado. I guess the story is better told from this end anyway, because we have been amazed at all the details that have come together to bring us here.

We loved living in north Idaho. For 15 years that has been our #1 choice of places to live. Montana was 2nd, and Colorado 3rd. That was as far as we had ranked the states, but obviously we love the west. We figured we would end up retiring in Idaho.

However, for the past 2 or 3 years Lyle has been sensing that it might be time for a job change. He had been working for the same company since 1998, and it’s been a good job for him. He wasn’t necessarily unhappy there, but he had some goals that he could see would likely never be fulfilled if he stayed at that job. We have been praying about that for quite awhile. This past summer he was actually considering applying for a job he found in Montana, but we just never did feel clear about that opportunity, so he ended up not pursuing it.

In early November, I received word that my stay-at-home contract with Sonlight (which I’ve had for 13 years) would not be renewed at the end of the year. They had decided to take the advisor positions in-house using employees instead of contractors. I knew that the decision was due (at least partly) to sales tax issues, which made using out-of-state employees much more difficult. After that heads-up Lyle told me, “When they call, ask them if it would make a difference if you lived in Montana or Colorado.” (Montana doesn’t currently have sales tax, and Colorado, of course, is where the company is located.)

We really didn’t expect anything to come of it, but we thought it wouldn’t hurt to ask. So I did. Much to my surprise I was immediately told, “Yes! We would be able to offer you a job if you lived in Colorado. Are you planning to move to Colorado?”

I said, “Well, I wasn’t planning to. But we would consider it.” They promised to get back to me in a few weeks with a formal job offer.

At that time Lyle didn’t know of any openings in his field in the Denver area, so we prayed that if this was God’s will for our lives that He would open up something there.

Naturally, a major move like this involves many, many details both small and large. Thanksgiving came and went, and we knew that if this was going to work it would need to happen right about the first of the year. It seemed impossible, but we kept praying for God’s will.

For our entire marriage (28 years) Lyle and I have always prayed to stay in the center of God’s will. Not what we think we want, but for what He wants. And it was the same this time. We honestly didn’t have strong feelings one way or the other. It was so hard to know. Over and over I sang:

Ready to go. Ready to stay.
Ready my place to fill.
Ready for service, lowly or great.
Ready to do His will.

On December 5 I finally received a formal offer of full-time employment. As we read over the terms of the offer, we looked at each other and said, “I think we better go down there and check out the situation.” That was a Thursday. On Sunday we flew into Denver, continuing to pray all the way.

We had previously researched churches in the area. We decided it would be a good idea to attend a service that week. If nothing else, we thought perhaps the people could tell us about the area, and offer insight or leads on jobs (for Lyle) or housing. Now, visiting new churches is not something Lyle and I enjoy, so it was unusual that we felt impressed to do that. But we gathered up our courage and went that Sunday night. (Our flight didn’t get in early enough for us to make it to the morning service.) As we expected, the people were friendly. They were happy to hear we were considering moving to the area, and they hoped we would consider attending their church. It was a pleasant experience; about what we expected. We liked it well enough that we thought we would probably go back if we did end up moving.

Lyle spent Monday and Tuesday passing out resumes all over the city of Denver. He visited 29 print shops. Over and over he was told they didn’t have any openings. On Tuesday he got a call-back from one shop that liked what they saw on his resume. They would have a part-time opening by the first of the year and would like for him to come in for an interview. He went for the interview but told them he needed a full-time job.

On Wednesday, I visited Sonlight (just because I was in the area) and told them that I didn’t yet have an answer for them. In the hotel that night we decided we would take no further action. We were just trusting God to open the needed doors, and if nothing else happened, we would just enjoy a couple of days of “vacation” in Denver before flying home on Saturday. We both felt at peace with that.

Soon after we got up on Thursday Lyle’s phone rang. It was the company he had interviewed with. They would like for him to come back for a second interview and meet both owners. They thought they might be able to offer him a full-time job, after all, based on his experience. Of the 29 shops he visited in the entire city of the Denver, this was the only one that gave him a call-back… and it just so happened that it was only 5 miles from where I would be working.

The interview went well, though they told him they needed a few days to put together a formal offer. Lyle was impressed with the company and thought he would like working there. That seemed promising, so that afternoon we starting looking for a place to live. We continued looking on Friday.

In the middle of the day on Friday we got a phone call from the pastor’s wife of the church we had visited on Sunday. They invited us out for the evening. After such a stressful week, we thought an evening out sounded fun, and since a move seemed more likely we thought it would be good to get to know them a little better. We enjoyed visiting with them.

We really didn’t expect to hear anything about Lyle’s job that week, but while we were out that evening Lyle got a text from the manager of the shop telling him that he would be calling him with an offer next day. About noon on Saturday the call came. Amazingly, the offer was right where it needed to be.

You would think that would be the final answer, but like Gideon, we had to put out even more fleeces. Gotta talk to the kids. Gotta talk to Lyle’s current boss (his brother). Gotta sell the house. Gotta find a place to live.

We flew home, still undecided. First, we talked to the kids. They were not thrilled with the idea, but were willing to go with us if that’s what we decided. Lyle’s brother also was not thrilled to see him go, but he was willing to release him if needed. He was very understanding and gracious about it.

And so on December 16, Lyle gave his brother a 3-week notice, and we starting packing. When our new friends in Colorado found out what our decision was they offered to help us find a place to live. We were looking at listed rentals all over the city, but hoping to not have a terribly long commute. It seemed that the rental market was pretty tight in Denver at the time, because every house we called about already had a contract out on it.

On Thursday, a house was listed only a mile-and-a-half from Sonlight. It was the size and price range we needed. The pastor’s wife went to look at it for us, and we put our application in on it on Friday. On Tuesday (Christmas Eve) we heard from the property manager that our application had been approved. I couldn’t believe it! I could actually walk to work and it’s only a 6-mile commute for Lyle. Even with city traffic, that’s not bad at all.

All through the holidays we frantically packed. We listed our house in Idaho with a realtor on Friday, loaded the truck on Saturday, and headed for Colorado on Sunday. When we arrived on Tuesday, the property manager was waiting to let us into our new home. And it turns out, we love the house! I like it even better than our house in Idaho. It has lots of trees in the backyard, which gives us a sense of privacy… plus we have a view of the mountains… right in the middle of the city.

A couple hours after we arrived a dozen or so people from “our new church” showed up to help us unload the truck. Some people we had never even met. What a blessing! We were so glad we followed through on the “impression” we had to visit that church when we were out here last month. God truly does work in mysterious ways.

We think we are going to like it here, once the shock of not living in Idaho wears off. We are praying for our house in Idaho to sell quickly. And we are praying that our new jobs go well.

God has apparently brought us to Colorado for a reason.