I have to admit I was a pretty laid-back homeschooler. We didn’t have a set schedule that we followed every day. Instead, I tried to cultivate good habits with lots of flexibility. 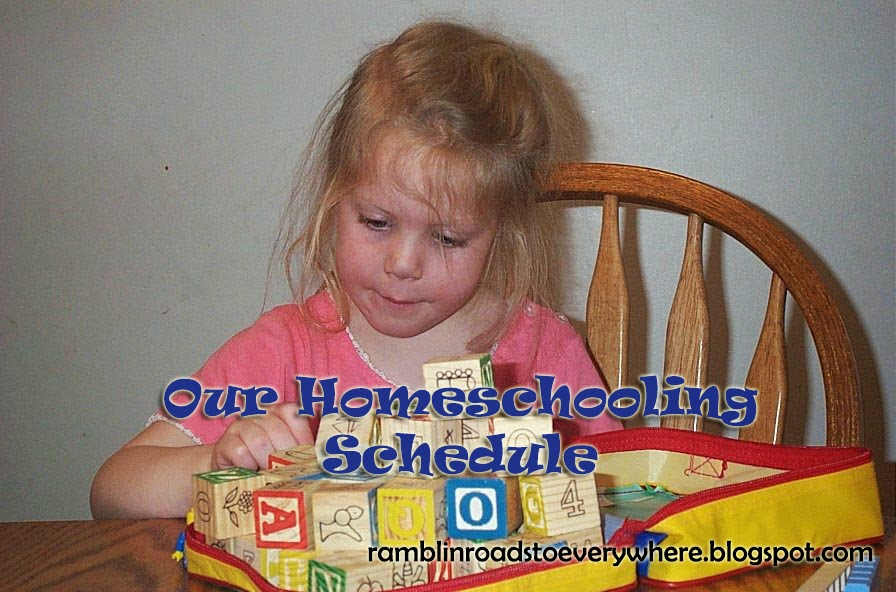 Early on I discovered that it was best for me to get up early, before the children did, to have a chance for some quiet time and to mentally prepare for the day. If I slept in and didn’t get up until they came and woke me, it seemed like we were running behind all day. Generally I tried to get up between 6:30 and 7:00, and be ready to start school by about 9:00.

The “seat work” (written work) was most challenging for my kids, so I found that it was good to start the day at the table working on math, spelling, and language arts while the kids were still fresh. After about an hour, we would take a break and have a snack. The kids could run around a little bit and I could change a load of laundry or something like that. 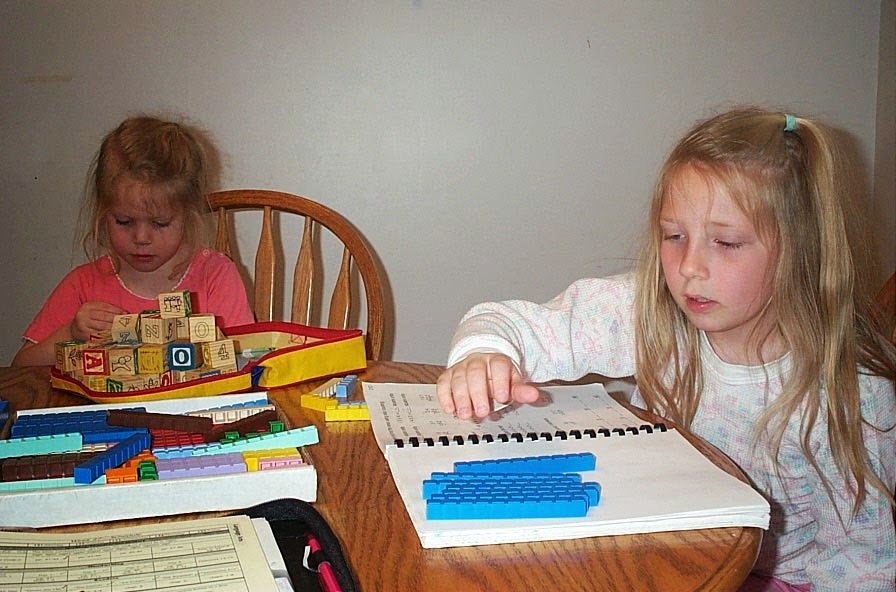 After the break, we came back together for the “fun” part of the school day… the time when Mom reads to the kids. Sometimes we would cuddle on my bed, or sit on the porch swing or a blanket in the yard. Most often, I sat on the couch and the kids played on the floor while I read to them. I found they actually listened better if their hands were busy. 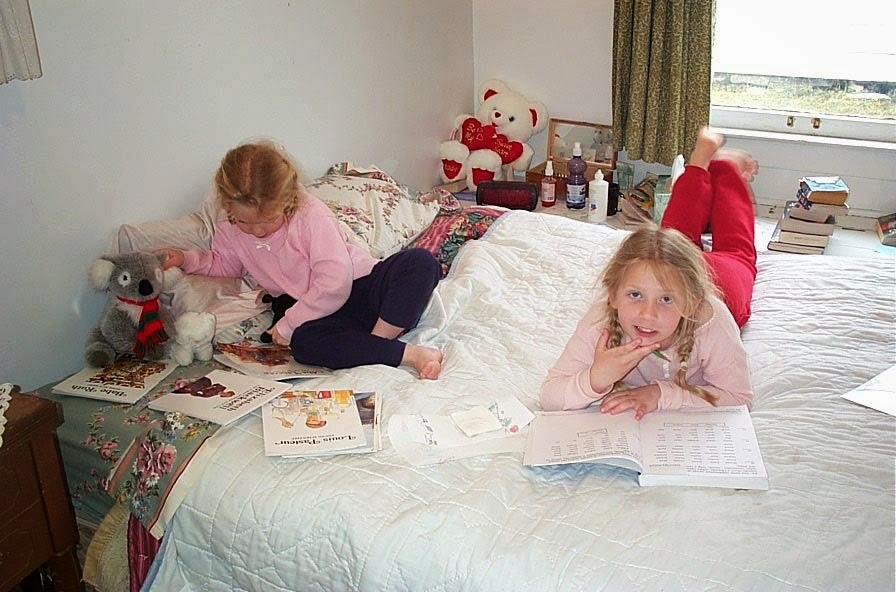 Most days, in the early years, we were finished with school before lunch time. Early afternoons were designated as “quiet time.” The girls outgrew naps at about age 4 or 5, but we still observed the down time for several more years. Mostly it gave me a break in the middle of the day… and I feel like it was good for the kids to learn to entertain themselves quietly. Late afternoons were for playing outside or running errands.

As the girls got older, they spent more hours doing school, and were able to work more independently. I did continue to read aloud to them all the way through high school, as they enjoyed that, and it gave us wonderful opportunities to discuss what they were learning.

We made homeschooling and learning part of our lifestyle, so it was easy to keep a flexible schedule.

Linking up with Timberdoodle’s “A Day in the Life” Blog Hop:

You are invited to the Inlinkz link party!