Living in the city the past couple of years has definitely been an adventure. I will admit I don’t love it, but there are advantages. So much to see and do. Much I don’t care to see and do, but that’s beside the point.

However, I’ve discovered a new-to-me “thing” that is a little like geocaching, but in the city, and has books. What’s not to love about that?

I vaguely remember hearing about this project before, but assumed at the time that the Little Libraries would be more likely to be in big cities. When I came across the website again last week I realized that I’m in a big city now.

I checked the map. There are dozens of the little libraries around here.

I texted Lyle, “Are you up for an adventure this evening?”

He never knows what I might come up with in the way of adventures, but he’s usually game.

So after work I gathered up a stack of books that I was ready to pass along and we started out on our expedition. 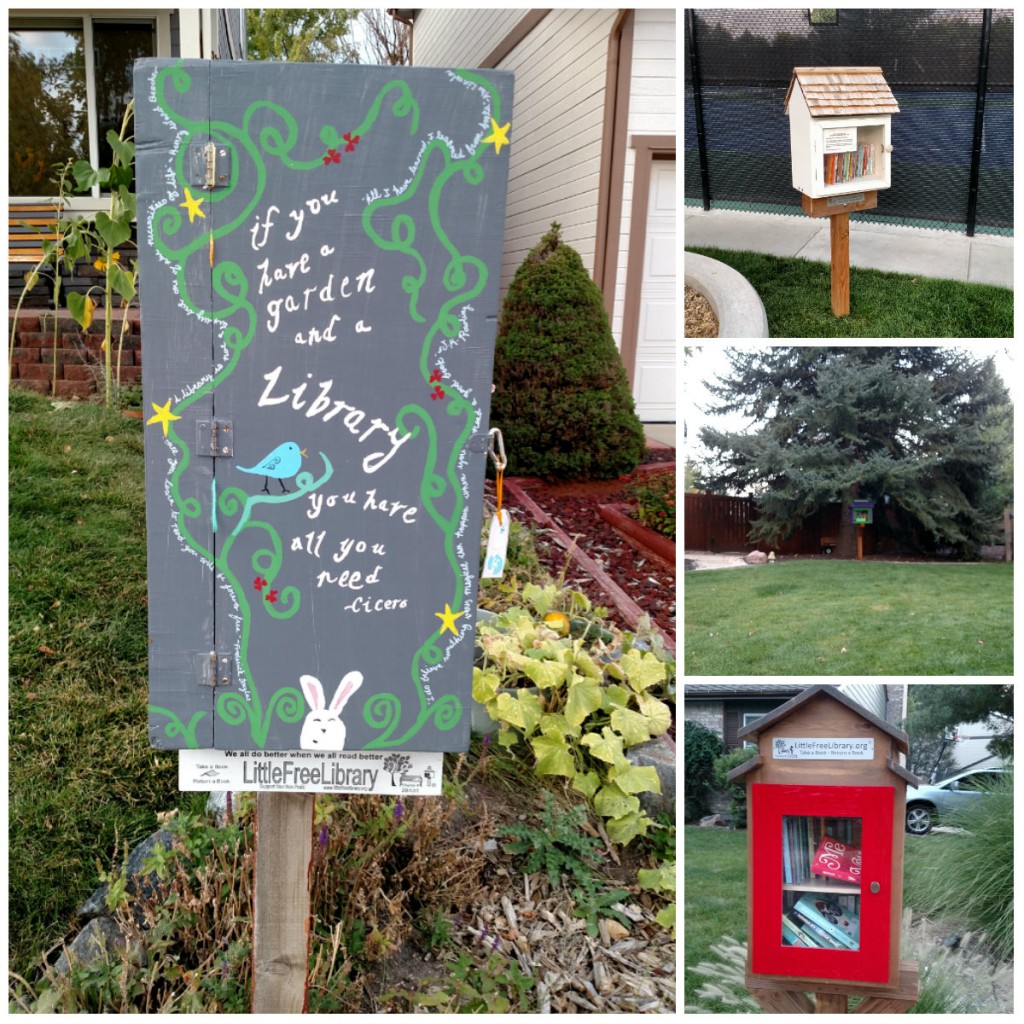 The first Little Library was just a few blocks from our house in someone’s front yard. It’s the gray one above painted with vines. I left three books in it.

We found a total of five Little Libraries that evening. It was interesting to see the different designs and locations. Three of them were in someone’s yard: two near the street and one back under a tree. There was one near a playground in a park. It was full of children’s books. 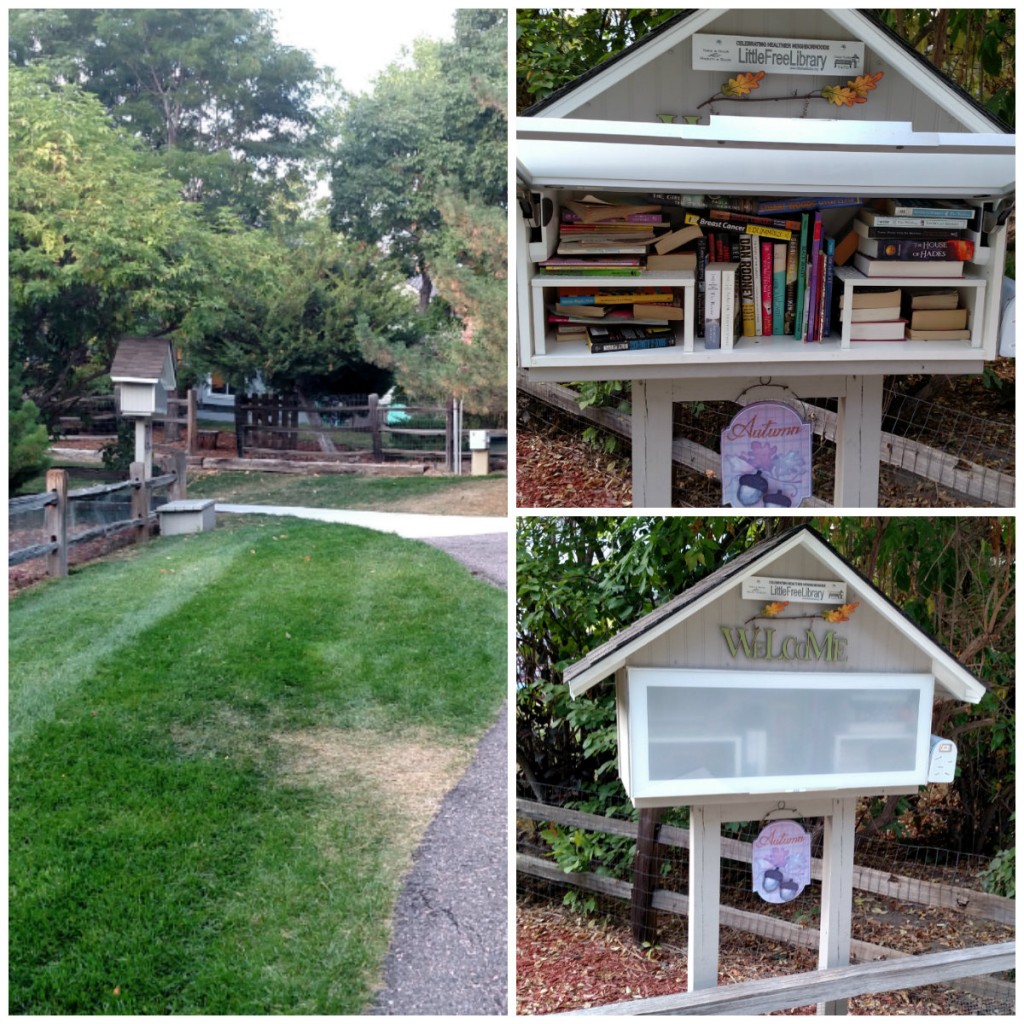 My favorite one was this one along a neighborhood walking trail. It had a nice variety of books for all ages. If I lived in that neighborhood I’d be visiting the Little Library all the time.

I ended up sharing 15 or 20 books that evening and took home two. I was happy with that exchange ratio. A good way to “declutter” perfectly good books that need a new home.

Is there a Little Free Library in your neighborhood? Have you visited it?