I finally persuaded Lyle, this past Saturday, to go on a photo walk with me. You may remember that this was one of the assignments for the Photo Challenge I participated in back in July. We weren’t able to do it then because Lyle was in a walking cast at the time. Even though it took us this long to getting around to doing the first one, I’ve decided that we should take the time to do them regularly. Because: 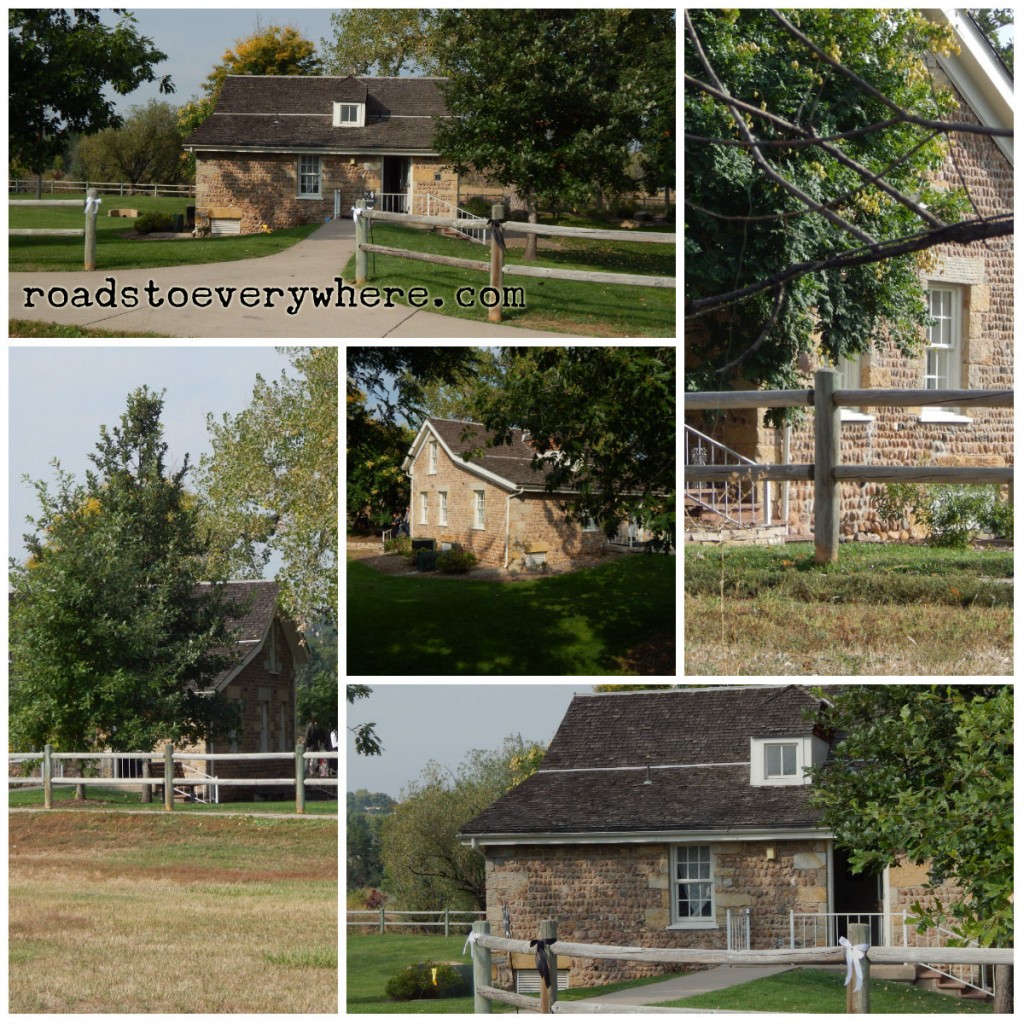 Saturday’s walk was kind of a spur-of-the-moment plan, so we hadn’t really decided where we would go. One of our friends suggested the old “Stone House” at a nearby park. That sounded interesting, so we started there. When we arrived at the park we discovered that a wedding was taking place in the yard beside the house, so we opted not to approach the house. I took some pictures from a distance at angles to not include the people. 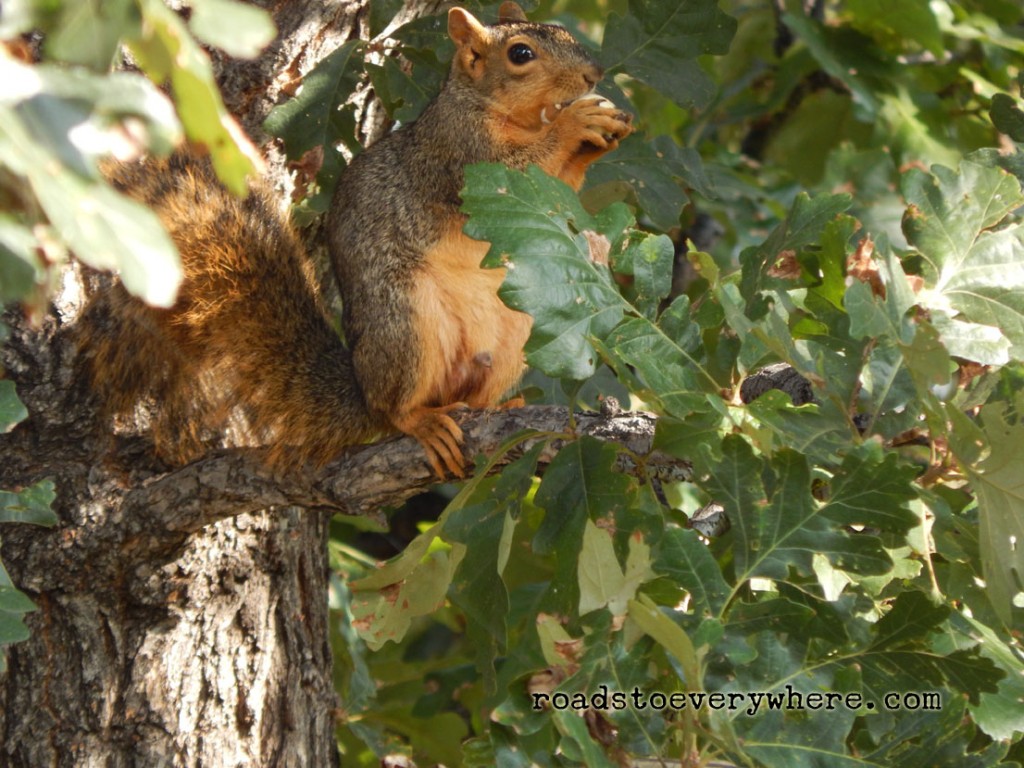 There were a couple of handsome, fat squirrels scampering around a big oak tree nearby. I tried to persuade them to sit for portraits, but they weren’t very inclined to participate. I used my zoom lens for the one above, but he scurried off so fast that I didn’t expect that it would turn out as well as it did. 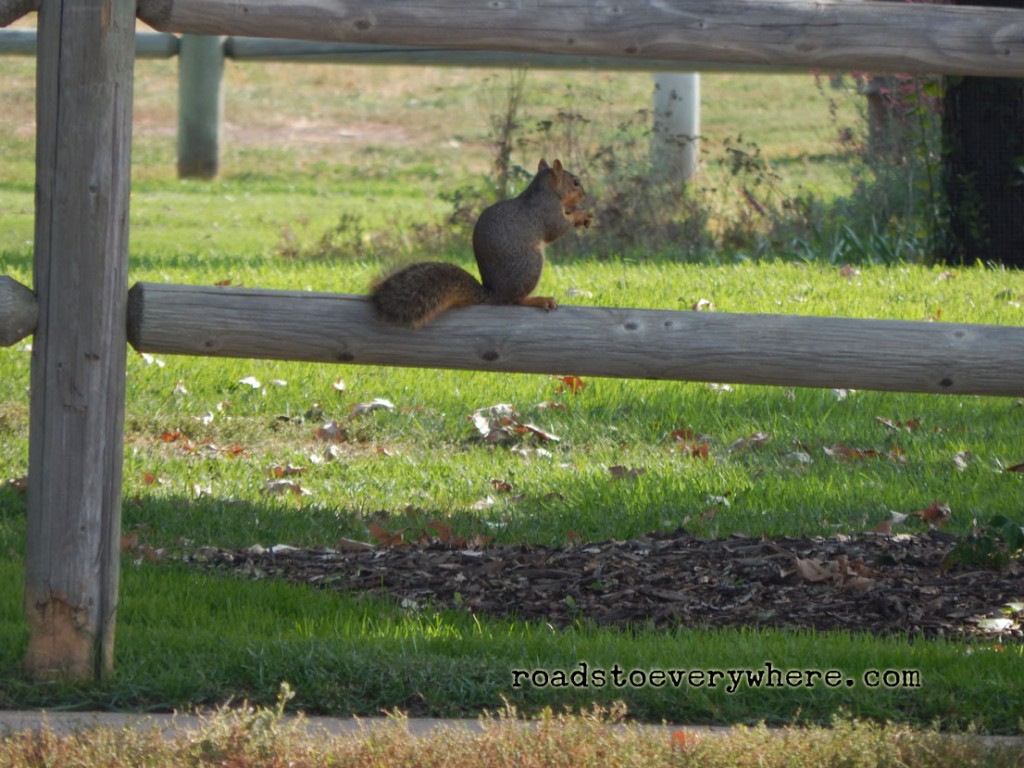 Later he was running along the top of the fence, then hopped down to the lower bar. I didn’t have time to zoom in closer before he was off again. Squirrels are fast little fellas.

The park is part of the Bear Creek Greenbelt and has lots of meandering walking trails. We followed the one that went around the pond, stopping every little bit to snap pictures. 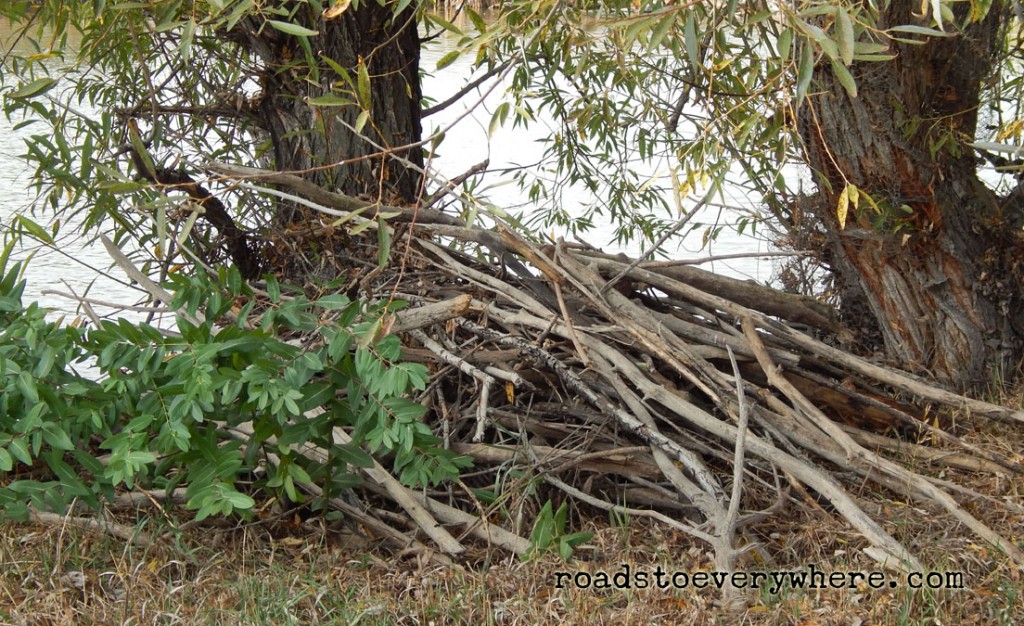 As we approached this pile of sticks I wondered if it was a beaver house. Lyle laughed. “Hydrophobic beavers, maybe,” he said, “since it’s not actually in the water.” I could see he was right.

“Isn’t hydrophobia another name for rabies?” I asked him.

“I know,” I said. “But I think it has something to do with rabies, too. I remember reading about it in Old Yeller.”

I just looked it up. I was right.

Hydrophobia is an older term for the disease rabies, and it means “fear of water.” Because of this name, many people think that rabies makes one afraid of water. In fact, this is not the case (although rabies does cause mental confusion of other kinds). The name hydrophobia comes from the fact that animals and people with rabies get spasms in their throat muscles that are so painful that they cannot eat or drink, and so will refuse water in spite of being very thirsty. 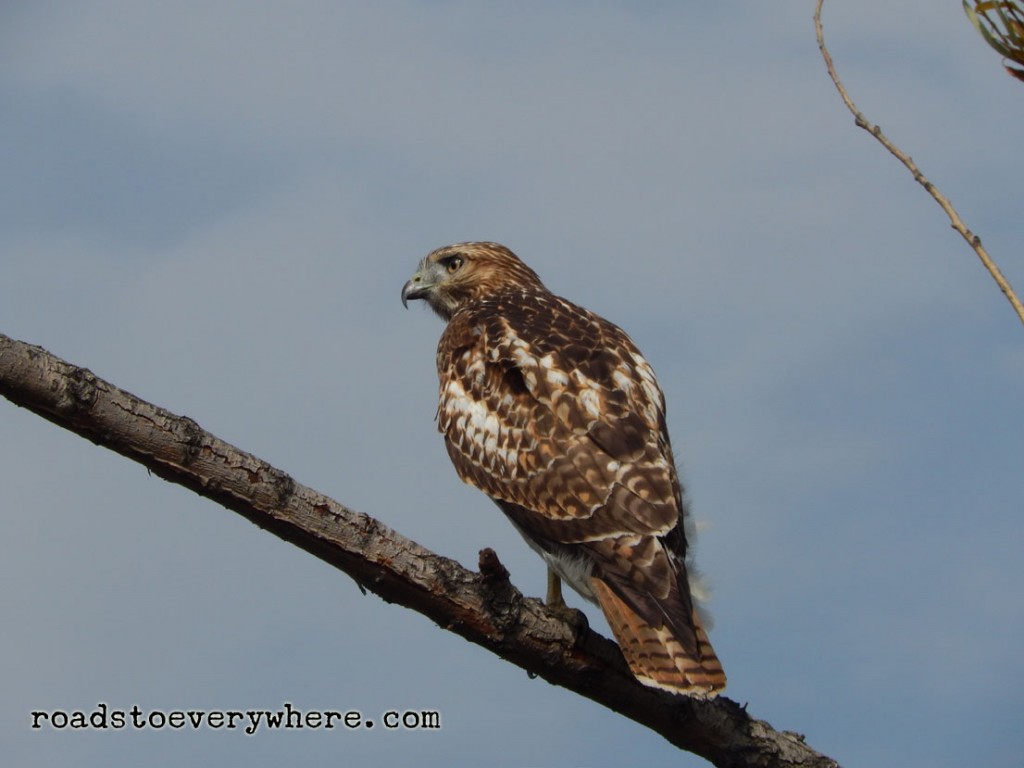 Further along we stopped to visit with this majestic guy. He graciously assented to sit for his portrait. He even turned his head from side to side for different shots. Apparently he’s used to modeling for photographers. 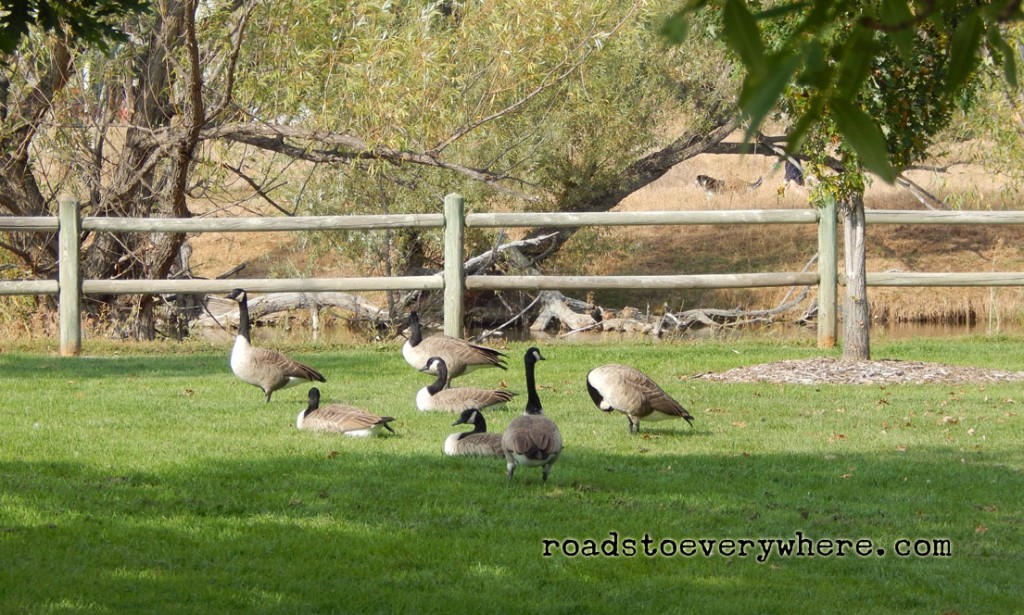 As we circled back around to the Stone House, we noticed that the wedding was over. Some of the bridal party were posing for pictures. I think these were some of the bridesmaids. From out-of-town. Canada specifically. They prissed around as elegantly as the other ladies.

And thus concluded our first photo walk. As parks go, it certainly wasn’t the most scenic one in the area. However, it did turn out to have a pretty good “scope for the imagination.” Wouldn’t you agree?

{Linking up with Literacy Musing by invitation because of the mention of Old Yeller.}