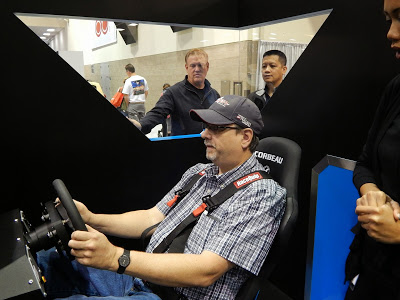 Besides looking at cars at the Seattle Auto Show last Saturday, Lyle enjoyed getting to drive a one-lap race car simulation in the Mazda display area. It seemed funny for him to have to buckle in for a simulation, but as it turned out the seat moved around quite a bit during the course of the drive, so it made sense. 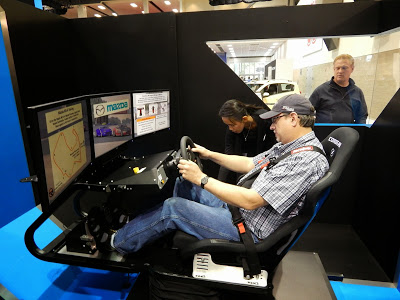 Lyle’s an avid auto-racing fan, and he used to participate in an on-line racing league years ago, with a steering wheel attached to his computer. I can’t remember what race track he said was the one featured in the simulation, but it was one he was familiar with… and in fact, was his favorite track to race. He actually scored quite well (not surprisingly to me), in spite of “spinning out” once. 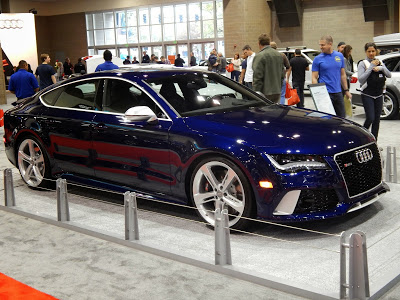 After that, we walked around and looked at cars. This sparkling blue beauty was Lyle’s “pick of the show.” I think it’s an Audi something. (You remember how much I know about cars?) Turns out the blue paint job was a $1,000 option. I’m not sure what it would look like without it. 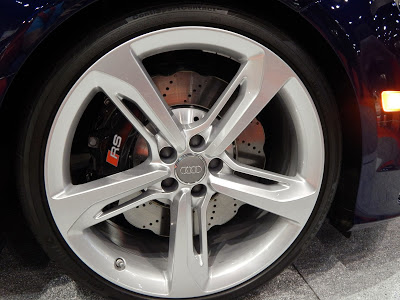 He was especially impressed with the brakes, which he declared “a work of art!” 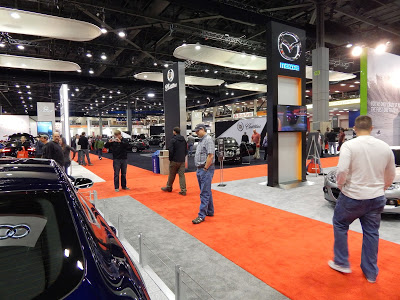 Not being much interested in automotive pursuits myself, I served as Lyle’s photographer, snapping pictures as he pointed things out to me… 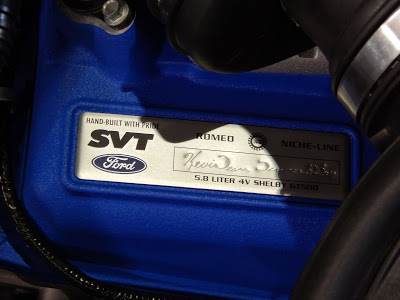 …such as the hand-built engine personally autographed by the builder… 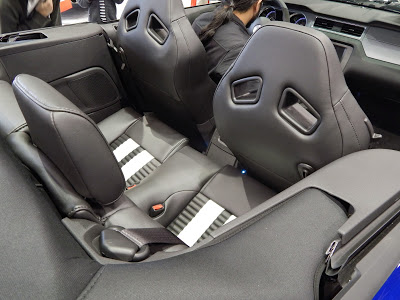 …or the lack of leg room in the back seat of this sports car. 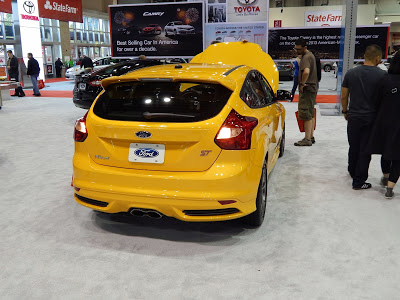 I liked noticing colors. Most cars are black, white, or gray… with an occasional red or blue… and then rarely other colors such as green, yellow, or brown. I wondered what they called this particular shade of yellow. Perhaps “School Bus Yellow?” No. Turns out that’s “Tangerine Scream.” Regardless, I wouldn’t want a car that color. Would you?

My favorite part of the show was the hallway where they displayed the vintage cars from the new LeMay Museum. Lyle had visited the museum one weekend earlier this year while I was at one of my homeschool conventions, and had told me how impressive it was.

Maybe we can make another trip to Seattle for that.