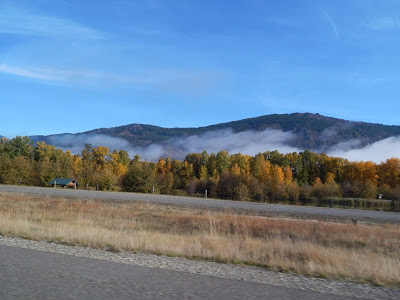 This past Saturday Lyle and I took off on a little day trip to Seattle. It was the weekend of the Seattle Auto Show which Lyle always enjoys. Some years it has been on our anniversary weekend, but this year it was a little earlier. We just decided to go for the day.

It’s about a 4-hour drive so we left about 6:30 a.m., just as it was getting light. The drive over and back is half the fun. We like to talk, listen to music (and Car Talk), and watch for interesting things along the way… 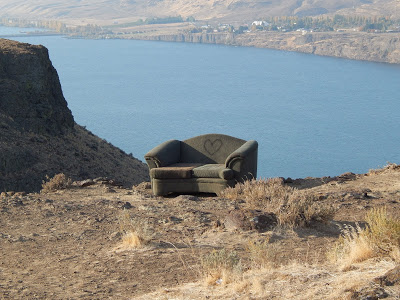 …such as this abandoned love seat which was strategically placed on the edge of a cliff along the Columbia River. We weren’t brave enough to actually sit on it, but we did speculate about who might have carried it out there and why. 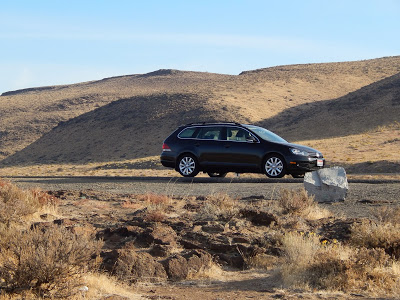 I took a picture of our car while we were stopped there. It seemed like a nice backdrop for it. Interestingly, we saw a car just exactly like it (only two model years newer) at the car show. 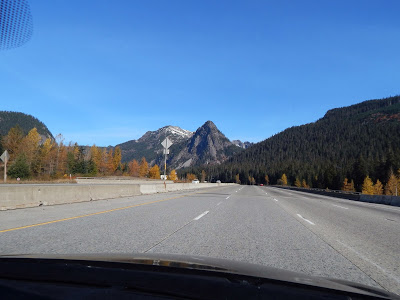 The autumn colors made the always-beautiful drive even more spectacular. 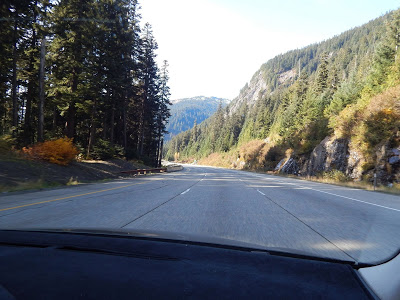 We had sunshine almost all the way to the city, but as is typical for Seattle, it was damp and foggy when we actually got there.

We spent about 3 hours at the car show, and even though I’m not the car enthusiast in the family, it was still a lot of fun. I’ll share fragments of that experience with you tomorrow.

I’m sure you can’t wait!