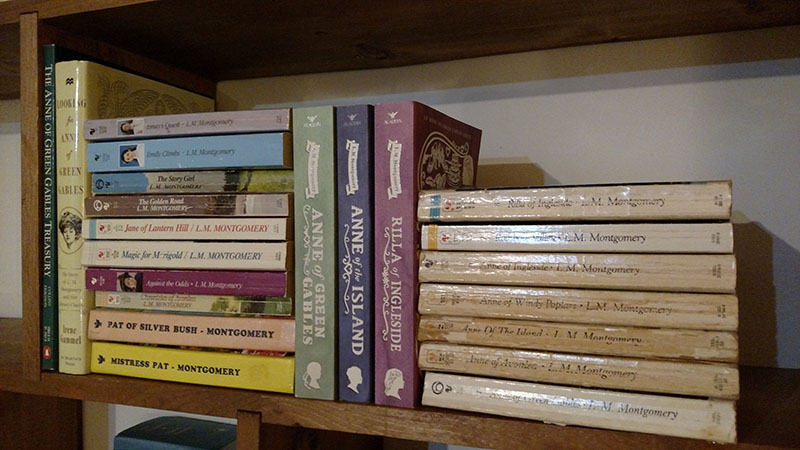 Another of my favorite book series growing up was Anne of Green Gables by Lucy Maud Montgomery.

A film trilogy has been made based on the characters of the books. The first movie was fairly close to the book, the second one not-so-close, and the third one only had the same characters, not the same story-line at all. It’s kind of like the Little House on the Prairie TV series as compared to the books. Enjoyable, but disappointing if you’re expecting the same story as the books.

Of all the Anne books, (there are 8) it’s a toss up between the first one, Anne of Green Gables, and the last one, Rilla of Ingleside, as to which is my favorite. I think I lean a little bit toward favoring Rilla the most. It’s a beautiful coming-of-age story about Anne’s youngest daughter set during World War I.

Here are some good links to all-things-Anne!