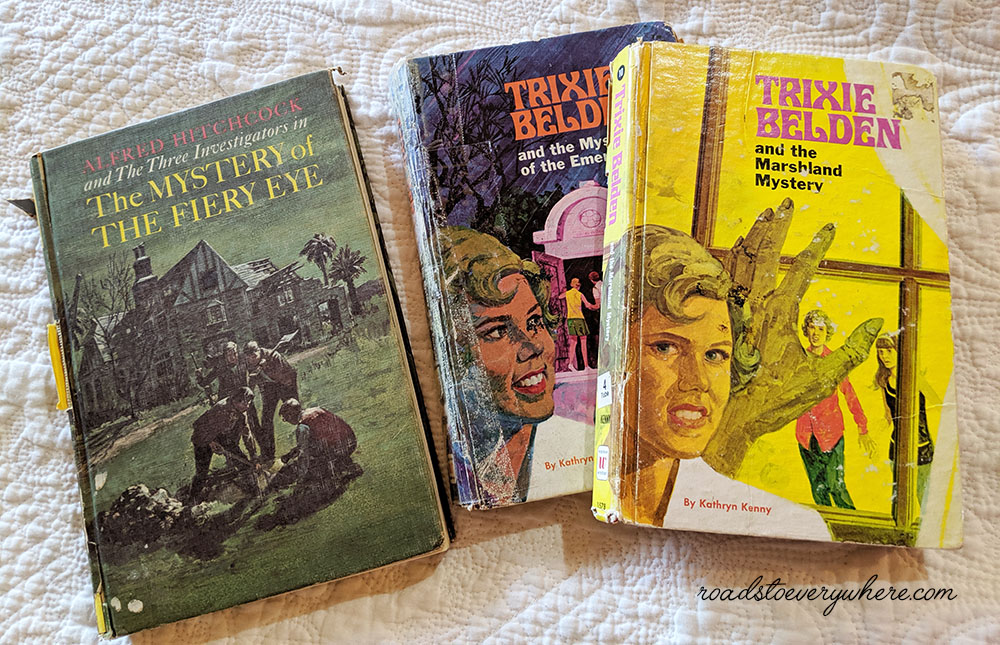 As I mentioned below in my post about Cherry Ames, I was an avid reader as a child. Some of my favorites were the popular mystery series such as Nancy Drew, Hardy Boys, and the Bobbsey Twins. I didn’t learn until I became an adult that all of these books (and many more) were published by the “Stratemeyer Syndicate,” a company started by a man named Edward Stratemeyer. The company had several authors for each series. They would provide an outline for each book, and then the “ghost writers” would write the actual stories. For example, Carolyn Keene was a pseudonym for several writers who wrote for the Nancy Drew series. Although I would’ve argued with you about it at the time, these books were not considered good literature by the school teachers of the day, and now I can understand why. They are wholesome, fun stories, and yes, I will encourage my children to read them… but they really are just literary “fluff!” That’s okay, though. We all need a little “fluff” in our lives, huh?

There were other similar juvenile series books that I enjoyed that were not a part of the Stratemeyer Syndicate, but some of them were probably produced in much the same way. These included Trixie Belden, Alfred Hitchcock and Three Investigators, The Boxcar Children, and others of a similar genre.

I’ve been exploring around the internet, taking a trip down memory lane. Here are some of the neat places I’ve found:

Many of these books are now out-of-print, but you can often find them at public libraries. Here are a few that I did find still in print. The following are Amazon affiliate links by which I might earn a small commission.