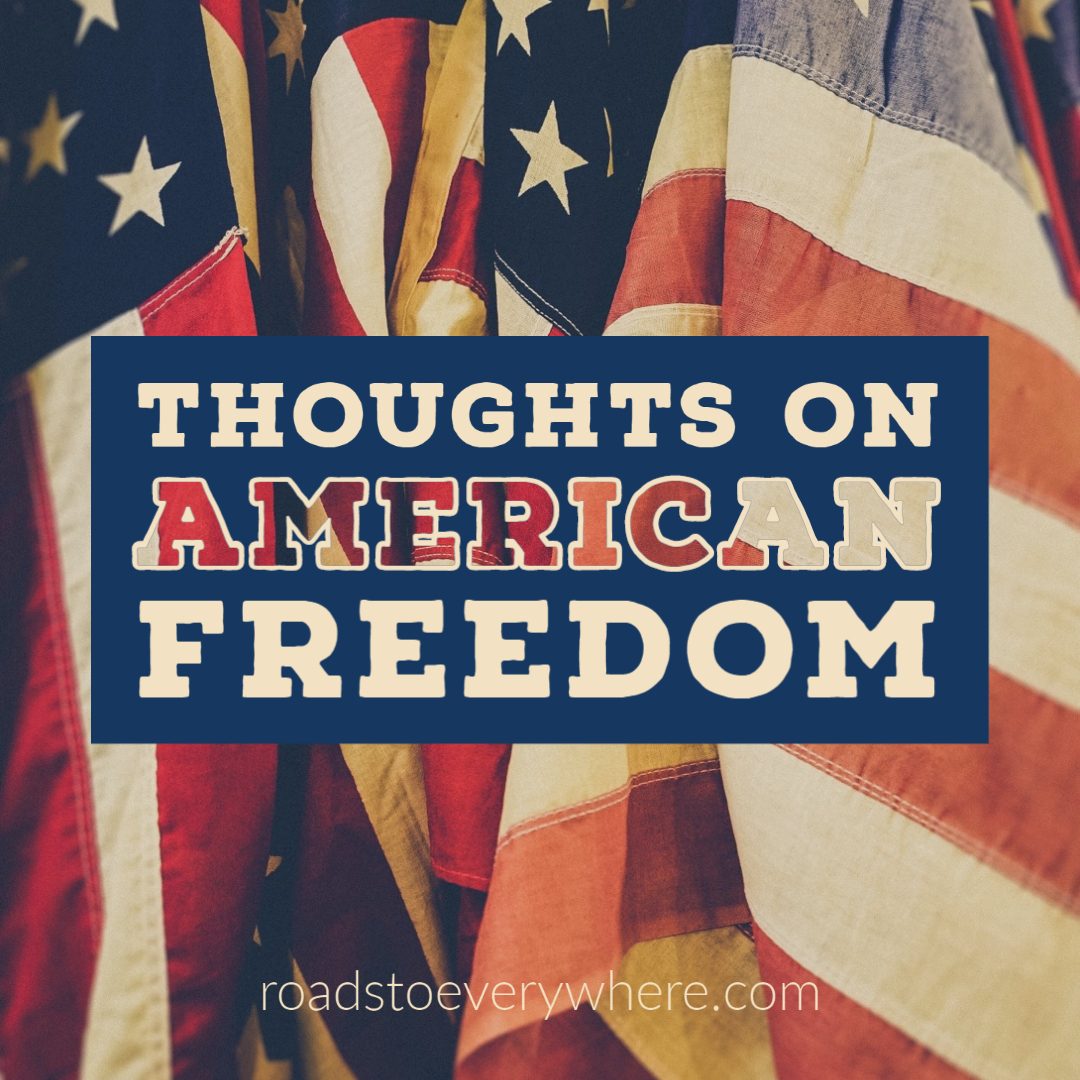 With all that’s going on in the world lately, I’ve been thinking a lot about freedom. Thinking leads me down so many bunny trails…

This piece from the Declaration of Independence:

We hold these truths to be self-evident, that all men are created equal, that they are endowed by their Creator with certain unalienable Rights, that among these are Life, Liberty and the pursuit of Happiness.–That to secure these rights, Governments are instituted among Men, deriving their just powers from the consent of the governed…

I recognize that my vote doesn’t have much weight in the grand scheme of things, but I do have a vote. It’s important to me to exercise that right and privilege.

I was also reminded of Paul Harvey’s “Something to Remember” about the signers of the Declaration. Have you not heard that? You need to! I’ll share it at the end of this post.

Fifty-six men signed the Declaration of Independence, but there were thousands more who valued freedom every bit as much as the signers.

I have an interest in genealogy and have researched several generations back in my family. The people alive during the American Revolution were 7 to 9 generations back from me. When you figure that the number of ancestors double every generation back you go, I calculated that at least a couple hundred people alive at that time would be my direct ancestors. I don’t have names for nearly all of them, but I do have a few.

My ancestors were immigrants, mostly coming to America in the early days of the colonies. I have to assume they came to America seeking freedom.

The American Revolution was fought against England. Some of my ancestors were indeed from England, but several from other European countries as well.

With the hardships and challenges of crossing the ocean at the time, they must have been desperate for a better life. I’m not sure I would have been brave enough to take that on.

And then, when it came right down to it, they decided freedom was worth fighting for. I don’t know if I’m that brave, either. I guess you never really know until you’re put to the test.

Here are the names and short bios of a few of my patriot grandfathers.

William Batchelor Denmark was born about 1737 in North Carolina. He was married 3 times and had 17 children! He died in 1808 in Georgia.

Immigration: Details are pretty sketchy, but I’ve seen some records that state his grandfather, Francis Denmark, was born in Jamestown, Virginia… which would indicate that his great-grandparents probably came from England. Maybe?

Immigration: The Harward family appears to have been in America for several generations by the time of the American Revolution. They originally came from England in the 1600s.

Immigration: Jacob’s father, George Kornegay, was born in Germany but immigrated to America at an early age with his family.

George Frederick Rester, Jr. was born in 1765 in Georgia. He married Louisa Denmark and had 10 children. He died in 1830 in Mississippi.

George Frederick Rester, Sr. was born in 1732 in Germany. He married Mary Margaretha Mengersdorff and had 4 children. He died in 1795 in Georgia.

Immigration: “…from Durloch, Germany sometime prior to December 7, 1755, the date of his marriage, which is the first record located of him in this country. As no records of other family members have been found, it is believed that he came alone.”

Henry Ross was born about 1745 in Ireland. He married Margaret Mitchell and had 5 children. He died in 1827 in Tennessee.

John Harmon Shumaker was born in 1761 in New Jersey. He married Elizabeth and had 4 or 5 children. He died in 1841 in Mississippi.

Y’all watch that, okay? And then go vote! It’s important!