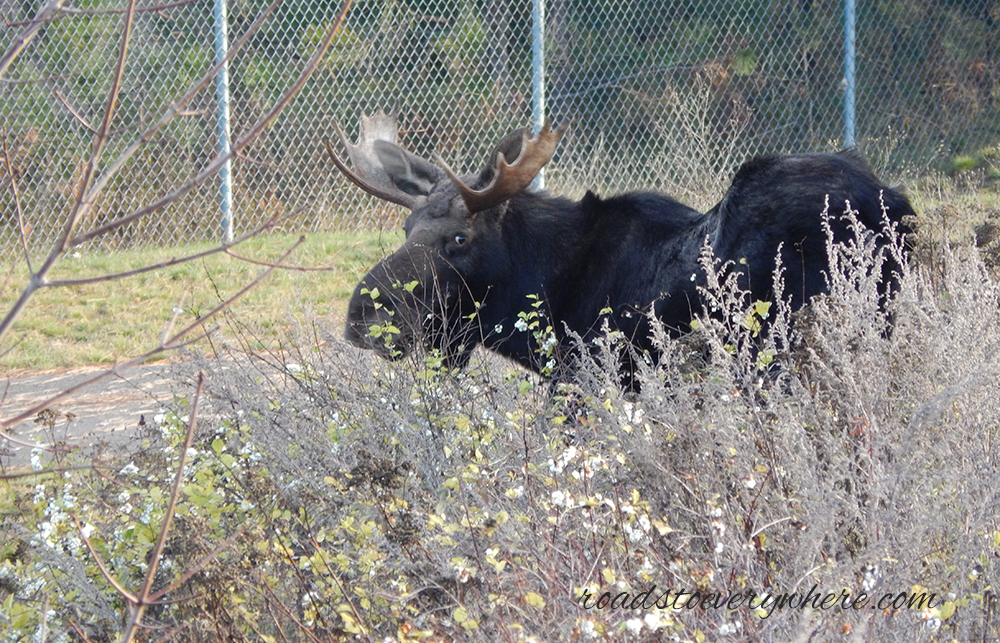 I like to keep tallies of wildlife we see when we are road trips. On our trip to southeastern Idaho this past weekend we saw a bighorn ram crossing the road in front of us. Lyle pulled over so I could take a picture, but it disappeared over the bank before I could get a shot of it. We also saw 3 separate herds of antelope at different times, ranging from about 6 in the herd to probably 30. (I was really hoping that a group of antelope would be called something interesting, but nope, they’re just called a herd. A group of turkeys, however, is called a rafter. I learned that this year. Just thought you’d like to know.)

Turns out, I don’t even have to leave home to get some good wildlife shots. This morning as I was taking care of some desk work at the print shop I happened to look up to see a bull moose ambling along past my window. I immediately dropped what I was doing, grabbed my phone and ran out the door to snap this picture.

The moose was headed toward Main Street and I knew I’d want my good camera with the zoom lens, so I scurried back in the building to get it and hollered at Rebecca: “Come see! There’s a moose!” 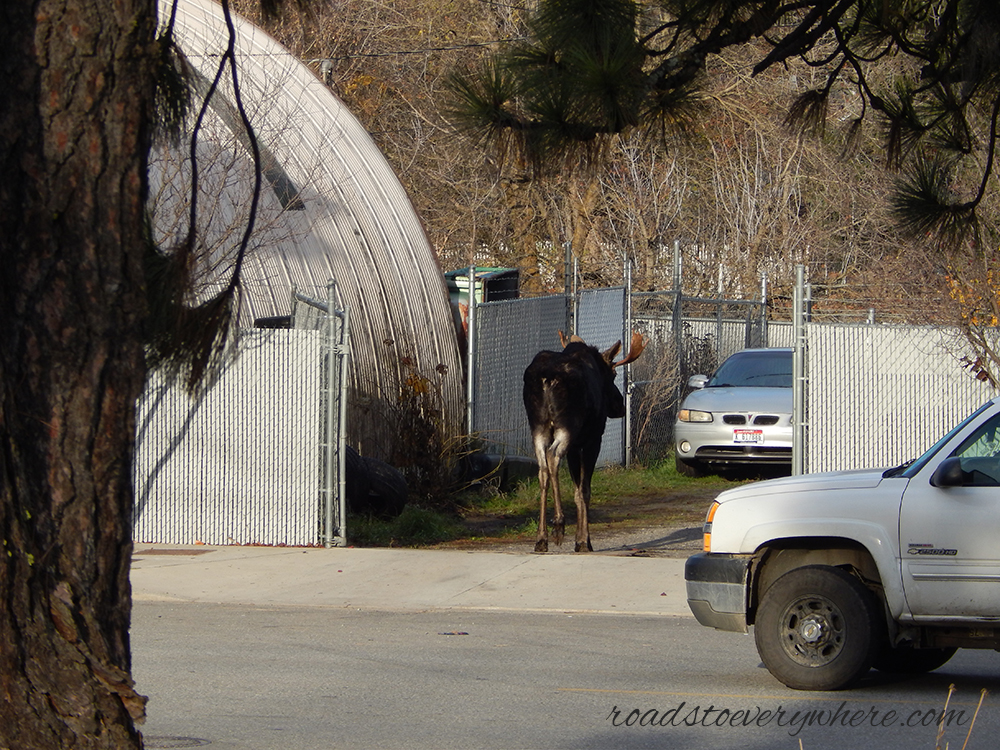 By the time I got back with my camera, the moose had wandered into the parking area of the auto shop across the street. 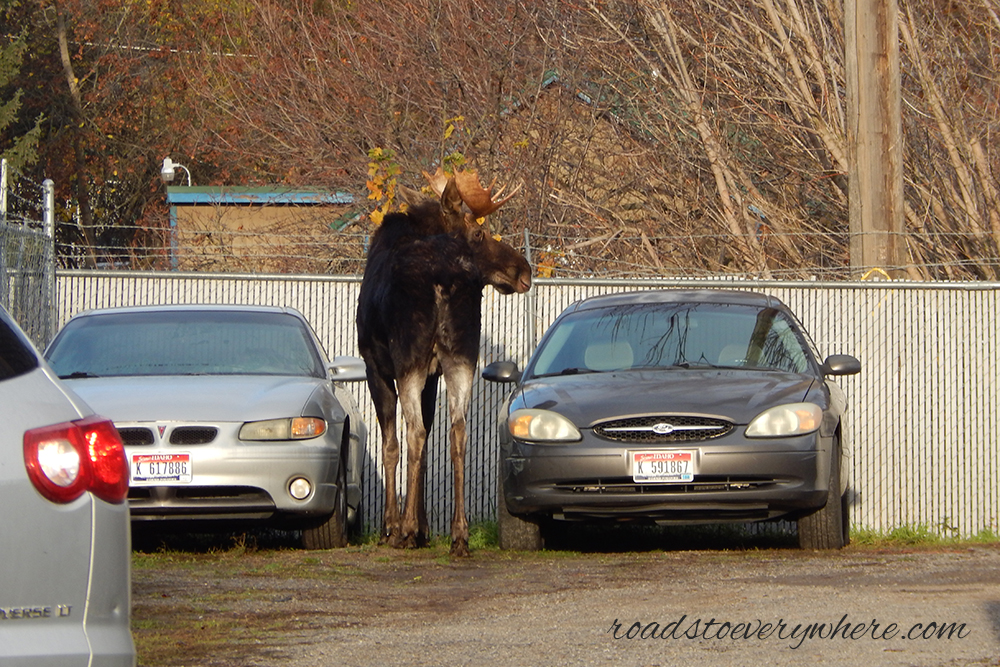 He was fenced in with the only way out the same way he went in. It took him a bit to figure that out. 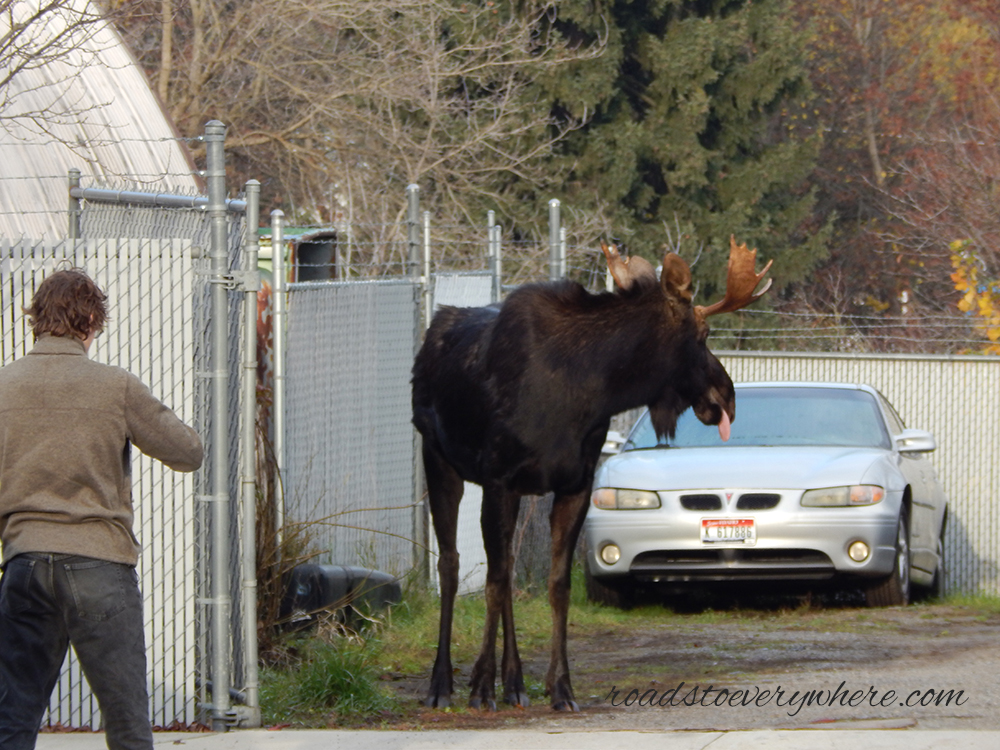 Naturally, he stopped traffic on Main Street. One woman jumped out of her car to get a better picture. I think she was nuts to get that close to him. Can you tell how big he is? (And he was a young bull, on the small side.) 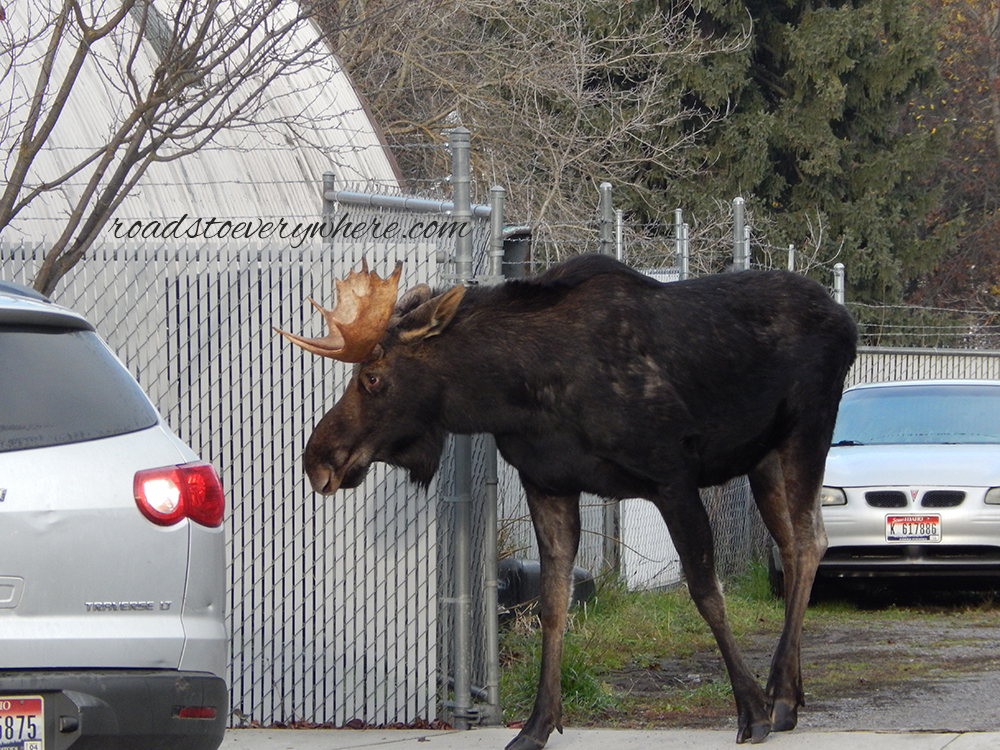 He finally figured out how to get out of the fenced area and strolled on down Main Street like he had places to go and people to see. At that point, Rebecca and I returned to the shop, excited about the pictures I had been able to get.

A few minutes later Rebecca told me she saw people over at the skate park across the street taking pictures. Apparently he had wandered down there. I told her she could take my camera and go over there, but to be careful and not get too close.

In a little bit she was back. “I got some good ones, Mom! He was looking right at me!”

I guess he was! Don’t you just love that face? 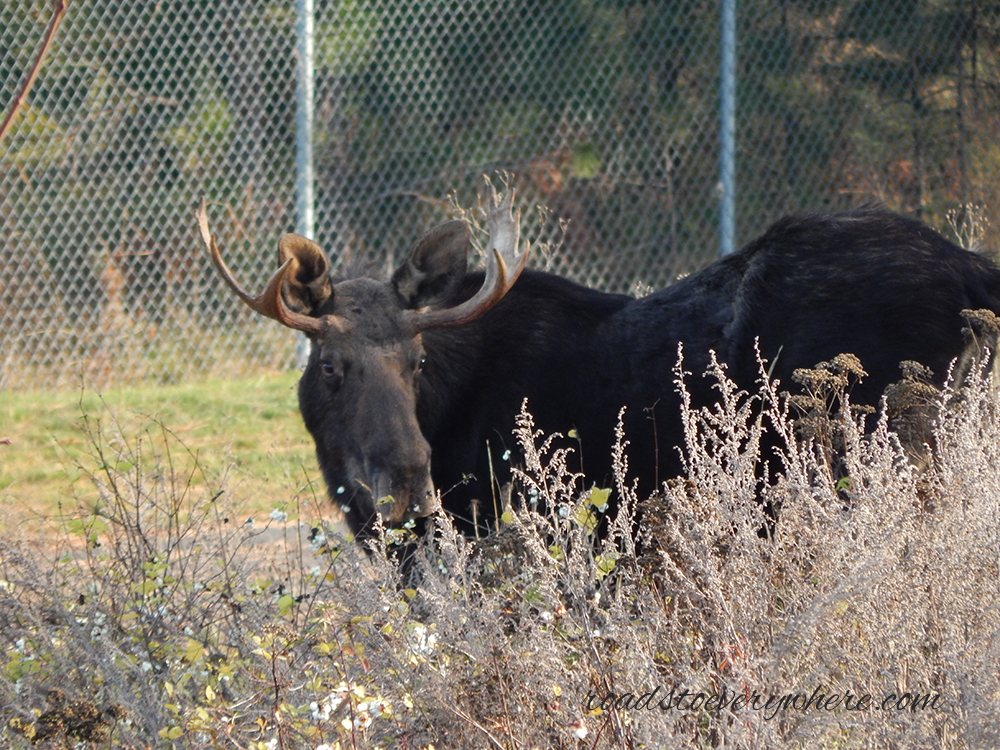 Here’s a screenshot of Google Earth showing our neighborhood so you can visualize his route.

This isn’t the first time we’ve seen a moose in town, but it’s rare enough that we do get excited about it!

Have you ever seen a moose? Up close and personal?