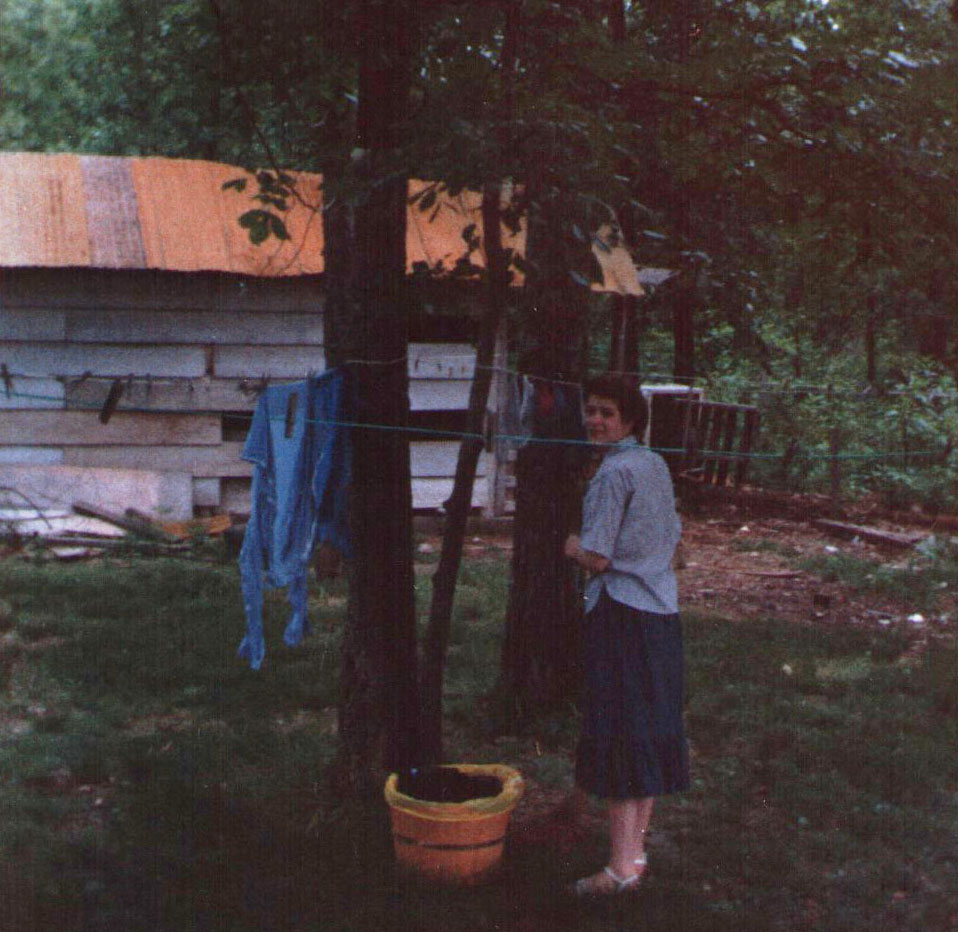 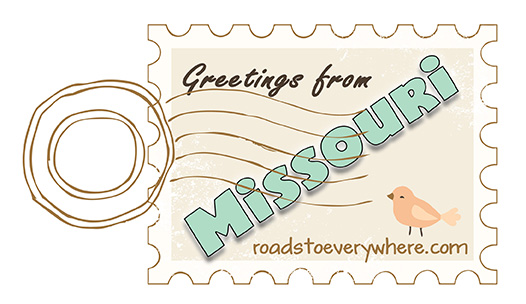 Day 15 of our virtual road trip takes us southwest from Indiana to Missouri.

My parents moved from Ohio to West Plains, Missouri when I was in college. Well, actually they didn’t move to West Plains–that was just their mailing address. They lived in the country outside of West Plains. They bought some property with a half-finished house on it, and essentially “homesteaded” for a few years. Dad pastored a little country church and managed a hardware store in town during those years. (He has always been bi-vocational.)

Lyle and I were engaged, so I moved home from college to plan my wedding. I lived there for about a year-and-a-half before I got married. 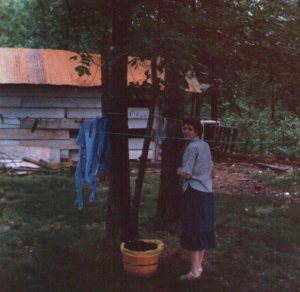 It was an interesting lifestyle. We lived off the land as much as possible. We had a big garden and Mother did a lot of home-canning. We had chickens (fresh eggs) and a cow (fresh milk and butter). There were wild blackberries. I remember hunting giant puffball mushrooms in the woods once. And while  we did own a washer and dryer, we usually hung the laundry out on the clothesline to dry to save on the electric bill.

We also had assorted other animals, besides the chickens and cow. Of course, the dogs. (We always had dogs.) Friendly barn cats. Then we added some goats so they would help clear some of the brush around the property, but they turned out to be more trouble than they were worth. They would not stay in their pasture no matter how many times my brothers restrung the electric fence. They would get into the garden–or even worse, the neighbor’s garden. I think we finally gave up on goats. 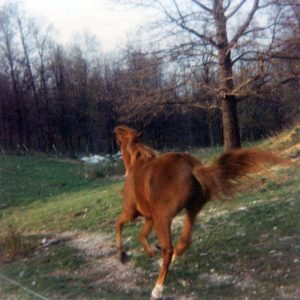 One of my brothers got a Missouri Fox Trotter horse– but it was the horse’s companion that I enjoyed the most. Old Fred was the donkey who lived in the pasture with the horse. He was the source of much amusement. He was old so couldn’t move very fast, but he didn’t realize it. The horse was young and would tear around like young horses do. The old donkey would try to keep up with her. And heaven forbid the horse get a bit of extra attention without Fred butting in for his share. He would stand at the fence and hee-haw if my brother took the horse out and left Fred behind. We would laugh at him. Poor ol’ Fred. 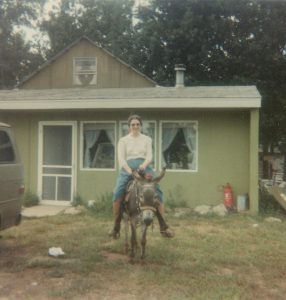 The only picture I could find of Fred is this one of my mother perched astraddle of him. I don’t even know why Fred had a saddle on him. Probably my brothers thought it would be interesting to see if he would carry a rider. Doesn’t look like he’s too motivated to go anywhere. I expect they dared my mother to get on him and then were so tickled when she did that they had to take a picture. That’s how I think that went down. Because no, my mother did not regularly ride a donkey!

Have you been to Missouri? If so, please share a memory in the comments! That will make this series even more fun!